For fourth-generation Oregon dairy farmer Derrick Josi, the best way to squelch anti-dairy misinformation is by sharing real-life facts about his life and business.

So, he wrote a book doing just that.

Josi is a popular farm social media influencer (TDF Honest Farming) who engages his 650,000 Facebook and 54,000 Instagram followers with the antics of “his girls” (500 Jersey cows). He also frequently counters what consumers might have heard about dairy farming. For example, this video shows how cows prefer to lay down in the dirt even when they have a lush, 30-acre grass pasture to choose from instead.

Anti-dairy social media campaigns come at a time when U.S. dairy farmers are struggling to survive. As of February 2021, the U.S. has just 32,000 licensed dairy operations, according to the United States Department of Agriculture (USDA). More than half of U.S. dairy farms have gone out of business since 2003.

Meanwhile, organizations like People for the Ethical Treatment of Animals (PETA) and movie stars like Joaquin Phoenix, who spent his 2020 Academy Awards speech spouting anti-dairy misinformation, have been calling on Americans to give up dairy products — ostensibly because of alleged cow cruelty.

But while there have been rare cases of acknowledged animal abuse, those incidences are not the reality of dairy life, says Josi. In fact, he argues, the criticisms activists leverage against dairy farms are almost always based on not understanding dairy cow behavior, how dairy farms operate, or what dairy farmers are doing and why. 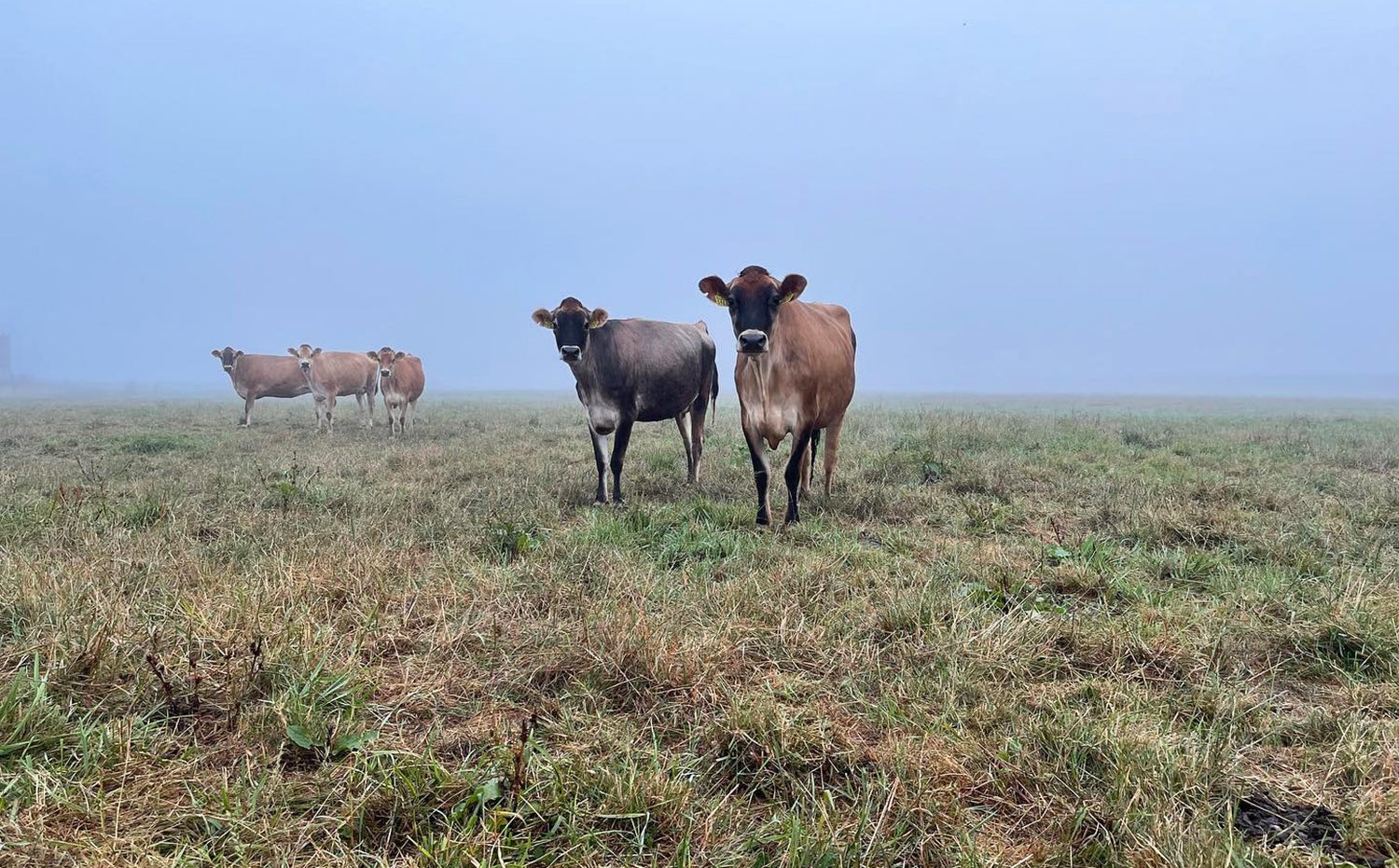 That’s the main reason  Josi decided to write the book.

“You always have the (anti-dairy activists) that come online and say, ‘Dairy farmers won’t even talk about this stuff because they don’t want the public to know,” Josi told the Daily Churn. “Oh yeah? Well, I published a book talking all about it.”

For instance, dairy farmers are often criticized for using artificial insemination (AI) instead of bulls to impregnate their cows. Activists even go so far as to accuse dairy farmers of raping their cows. Josi dispels that myth in his book, explaining how cattle estrus, breeding and AI works and why dairy farmers, like him, avail themselves of this strategy for impregnating their animals.

AI is much safer for cows than using bulls, Josi writes in his book. The cows don’t even notice while it’s being done.

Released on Amazon on Oct. 15, 2021, the book is already making a mark. It held the number one bestseller in the “Green Books” category for eight weeks and currently has a solid five-star rating with more than 170 reader reviews. Should other farmers tell their stories too?

Fellow dairy farmers can use Josi’s book as a “guideline” to explain their own practices when communicating with consumers, Don Schindler, senior vice president for digital innovations at Dairy Marketing Inc (DMI), tells the Daily Churn.

Schindler, who trains dairy farmers how to use social media, says he recalls meeting Josi at a seminar he gave in 2016. Josi first began posting online soon after that day.

“Derrick was one of those guys that wouldn’t stop asking questions. And then when he did talk, he was very articulate and funny,” Schindler recalls. “And I thought, you know, if you can bottle this guy, he’ll run away with it. And he did.”

Many farmers are intimidated by the potential mob effect and harassment of online activists, so they don’t speak up about what they do, Schindler says. But the best thing farmers like Josi have going for them is their authenticity.

Farmers don’t need to show a sanitized version of their life to gain consumer understanding and even fans, Schindler says. “You just need to show them you love your lifestyle and that everything you’re doing, you’ve got them in mind.”

Posts by social media influencers like Josi can have a big impact on consumer choices. According to a 2020 survey by Matter Communications, 82% of consumers have “purchased, researched or considered purchasing a product or service after seeing friends, family or influencers post about it.” 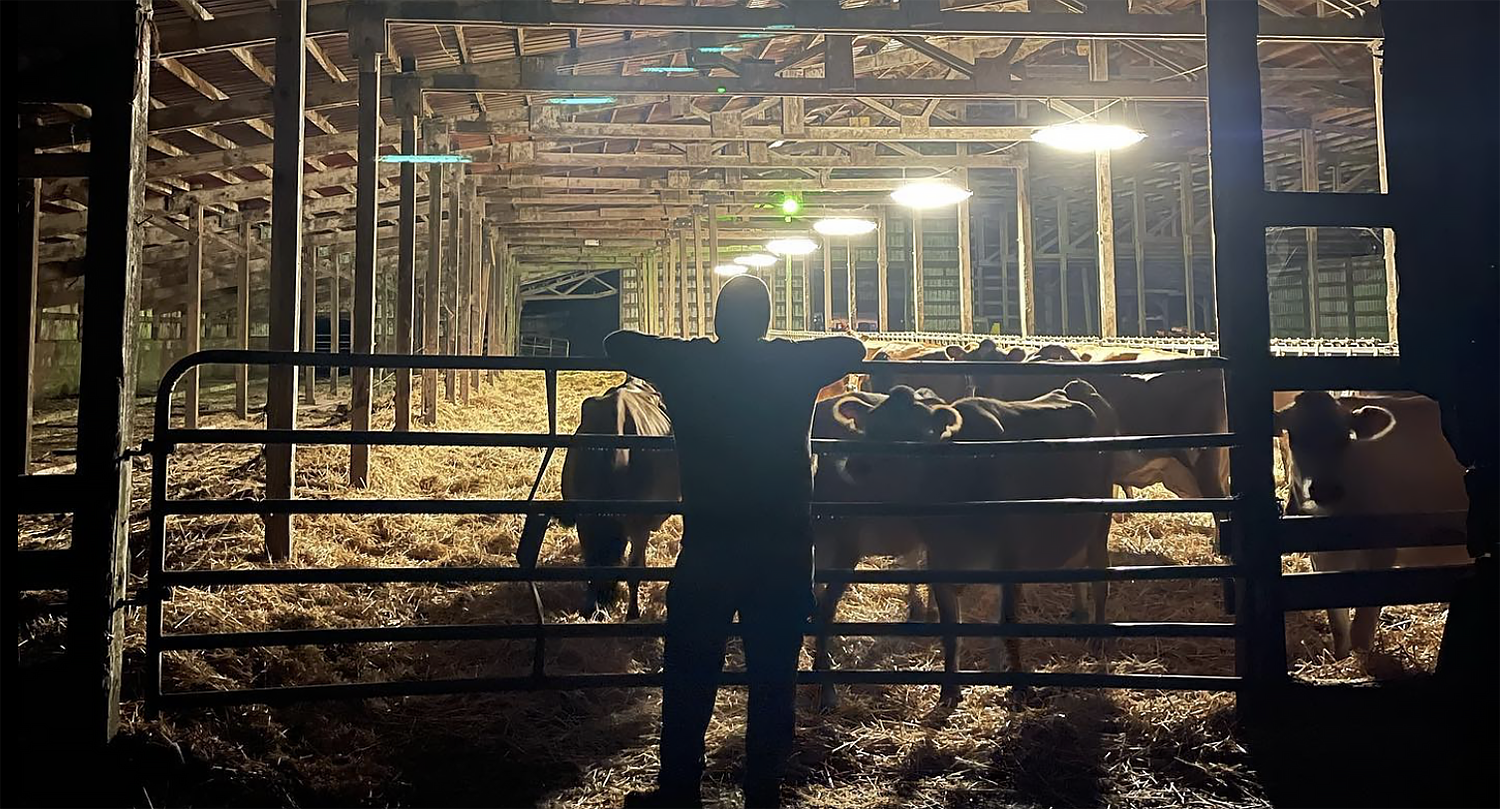 Josi believes he has such a large and loyal following because he is authentic. He says his audience doesn’t want to see pretty pictures that ignore issues or are “flat out fake.”

“I did a video the other day where my face was still clean, as pretty as it can be, but from the mid-waist down, I was covered in manure,” he laughs. “I said, social media versus real life.”

Schindler admits that not all farmers can tackle social media or write a book as well as Josi. It can be hard to respond to online acts without taking them personally, he adds. Not to mention that posting daily to keep social media algorithms featuring content can be a chore many farmers aren’t up for.

But the Oregon dairy farmer has carried on despite receiving multiple personal online attacks, including threats sent to his wife when pregnant with their youngest child. And now his large and loyal following are quick to defend him when critics find his site.

All of that is why Schindler would like to see the dairy sector put their support behind real dairy farmers like Josi, rather than generic advertising campaigns. Or, even worse, ignoring anti-dairy harassment altogether.

“It took a lot for Derrick to get out there and do what he’s done, and he takes a lot of hits on behalf of the (dairy) industry,” Schindler says. “I’d love to see more support for him.”

What’s next for Josi

Josi has big plans for expanding his voice with the public. This includes opening a potential visitor center on his farm — though that’s several years out yet.

First they have to upgrade their aging facilities, he says. His most recent online posts capture the work. Still, he is keeping his eye on the future. He has already designed public viewing areas into the new farm plans and shares excitement about eventually engaging more directly with the public.

Despite the critics, Josi is convinced that sharing his life and experiences as a dairy farmer is the best way he can help both his fellow dairy farmers and the overall collective.

“I don’t know that I’m pushing any message other than dairy farmers care about their animals and they’re not out there destroying the environment,” Josi says. “I’m doing that by just showing my life and showing what I’m doing as a dairy farmer without trying to lecture people. Educate them. They can see my life as a dairy farmer and draw their own conclusions.”