So says Emily Shaw, a 26-year-old self-described “Pennsylvania dairy girl” who has turned her passion for dairy and fitness into a coaching business — Dairy Girl Fitness (DGF) — and a growing social media following.

In her experience, fitness culture is often dominated by well-publicized athletes who have opted for vegan diets — like James Wilks, a retired professional martial artist.

“If someone wants to be the best athlete,” he said in an interview with Great Vegan Athletes, “they need to fuel their body with the best diet available and that is a…plant-based diet.”

But Shaw wants her clients to understand the role dairy plays in optimizing health and fitness.

Both white and chocolate milk were shown to help post-workout muscle recovery, according to a 2016 study in the British Journal of Nutrition, and may even be superior for rehydration compared to other electrolyte and carbohydrate-dense beverages.

Milk or whey protein consumption, according to a 2012 study published in a Karger medical journal, is linked to an increase in lean mass and decrease in fat mass among women specifically.

Illuminating these lesser-known connections between milk and an active lifestyle is something Shaw takes seriously.

“I really try to tie in a lot of the nutritional benefits of dairy and how that can help people fuel their health and fitness goals,” she tells the Daily Churn, “whether it’s weight loss, trying to build muscle, or just wanting to feel healthier.” 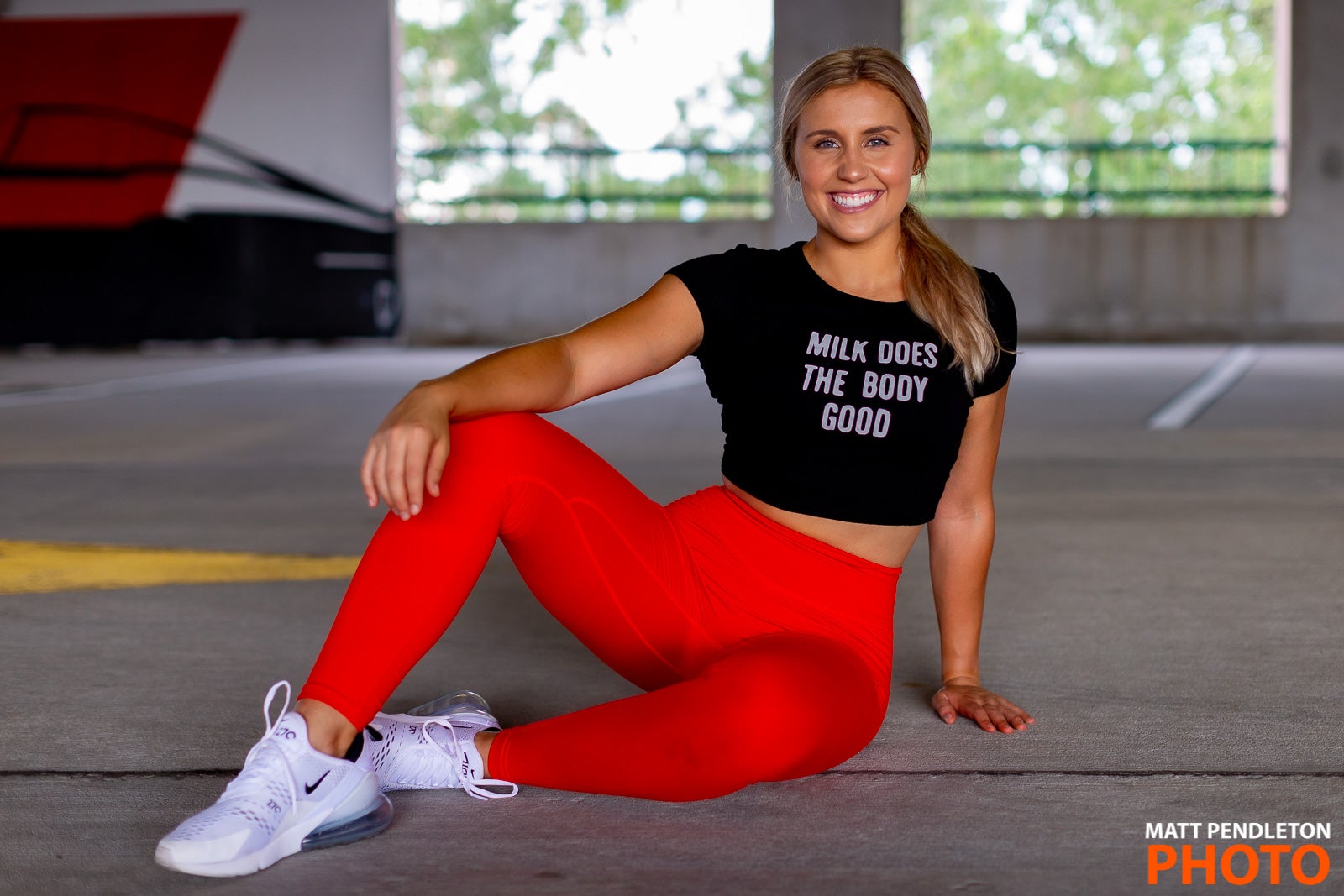 Fueling up with dairy

During her childhood in rural Williamsburg, Pa., Shaw competed in after-school sports and in the showring, exhibited registered Holstein cows with her family.

Today she resides near Gainesville, Fla., but says her earlier experiences imbued her with a different mindset about consuming milk and other dairy products as part of her workout routine.

Shaw started weightlifting while attending Penn State University, where in 2017 she obtained a bachelor’s degree in agribusiness management.

During that time, she noticed a disappointing trend: many people seemed misinformed about the value of dairy products in a fit lifestyle. So she took it upon herself to turn things around with anecdotes of her personal story delivered in a conversational and engaging style.

One of her fellow coaches-in-training, Olivia Lagunzad, says she first met Emily in 2019 when the pair attended the Impact Fitness Coaching Academy — and was immediately intrigued.

“Emily has such a tactful way of sharing her experience and the truth behind the industry,” she tells the Daily Churn.

“I think [she] is such an incredible addition to the fitness world where typically dairy products are shamed or excluded from the traditional ‘healthy lifestyle’.”

For her part, Shaw came to recognize the potential value of her unique viewpoint and in March, 2018 decided to take her love for dairy and fitness online. 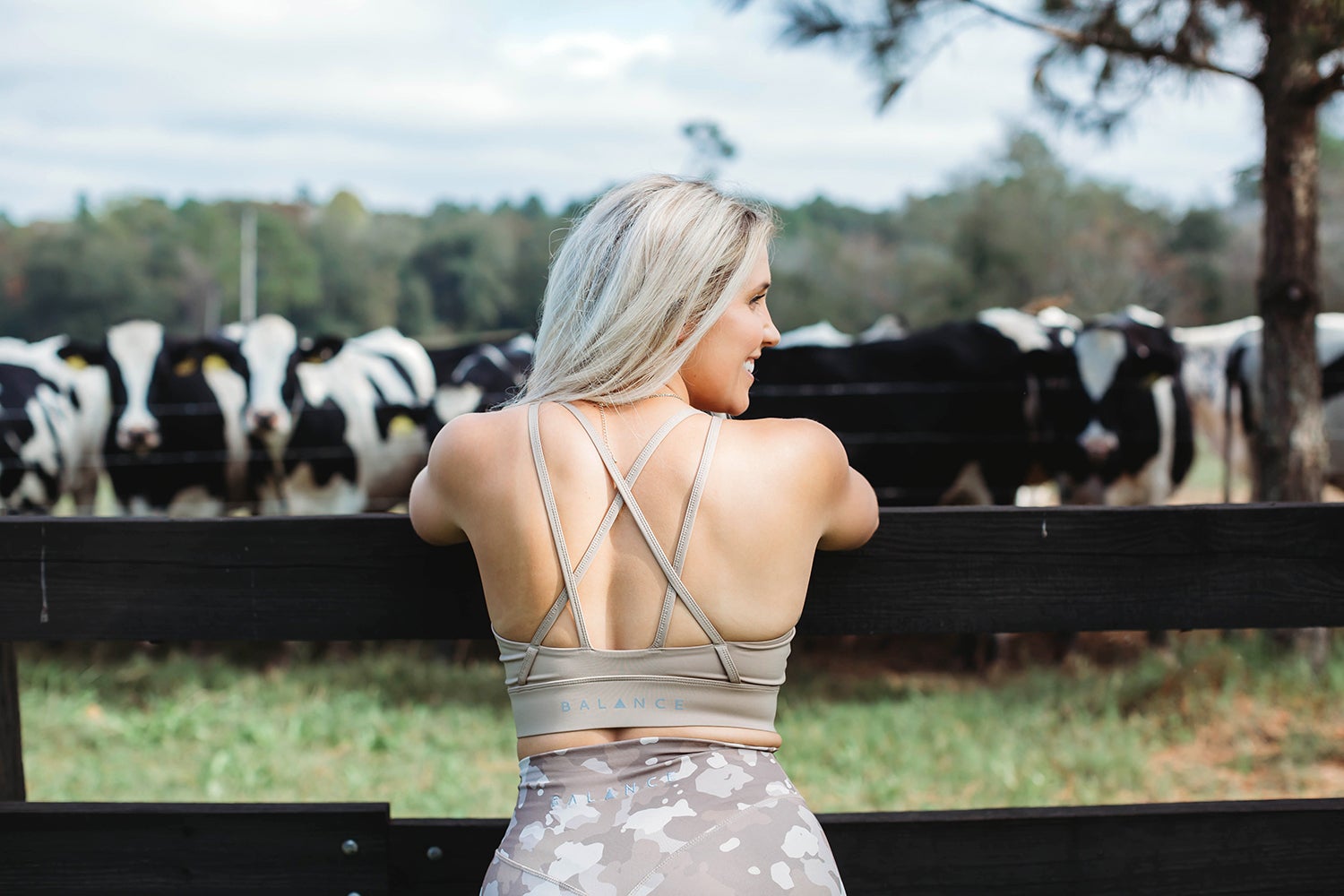 Pushing back against anti-dairy sentiment

“Girl, the dairy industry is disgusting,” says Clara Van Biesebroeckin in a Facebook comment from February 19, 2021. “The milk cows produce is meant for baby cows, not humans.”

While managing comments like these are difficult, Shaw says she doesn’t let it keep her down.

“I look at it as a way to boost my engagement,” she says. “It’s (also) helpful to make sure I’m focusing on gratitude in what I do.”

Plus, she remains buoyed by her confidence that dairy is an important part of any healthy diet.

For example, dairy products can provide over half of key nutrients in many American diets, according to a 2020 study from Virginia Tech and the U.S. Department of Agriculture—including B12, calcium and Vitamin D.

Ironically, Shaw says she didn’t picture herself as being a social media influencer in the traditional sense of the word. But she knew it was an essential tool for boosting her business.

Ashley Pekrul, one of Emily’s assistant coaches since November 2020, says the social media following helps them advocate against the misunderstanding of dairy nutrition and animal agriculture in the health and fitness world.

“I love that both myself and Emily are in a position where we can help women understand nutrition and how to better their health,” she says, “while also educating them on the truth of their food…and even the labeling they see on packages.”

Beyond the education and impressive following, Emily says she finds the most meaning watching women build confidence and pride while fueling their bodies with dairy — especially people she may never have met if she hadn’t been on social media.

“It’s really awesome to see them reach out to me and say, ‘hey, you’re the reason I started consuming more dairy,’” she says. “That’s why I started to grow in fitness, to connect people outside of dairy to our products.”