When Tara Vander Dussen packed her bags for the University of Arizona in 2007, she wasn’t planning a return to her family’s New Mexico dairy. Instead, she was thinking about attending law school.

But with her newly minted degree in soil, water and environmental science, Tara realized her beloved dairy community had an important need for her particular passion.

So, after graduation in 2011, she moved back to her home state and spent a year working as an agriculture research assistant for Mexico State University. Then she accepted a job with Glorieta Geoscience, where she helps dairy farmers navigate water quality regulations and manure management.

Now, at 32, she’s a full-time working mom of two girls — and something of a social media icon known by her followers as “New Mexico Milkmaid.”

With relatable posts with a southwestern flair about family, daily farm life and a variety of environmental, health and social topics, she’s racked up over 30,000 Instagram followers and 10,000 Facebook “likes.”

Tara never anticipated that kind of success when setting up her social media accounts in 2012, she told The Daily Churn. She just wanted to be a  voice for dairy farmers. 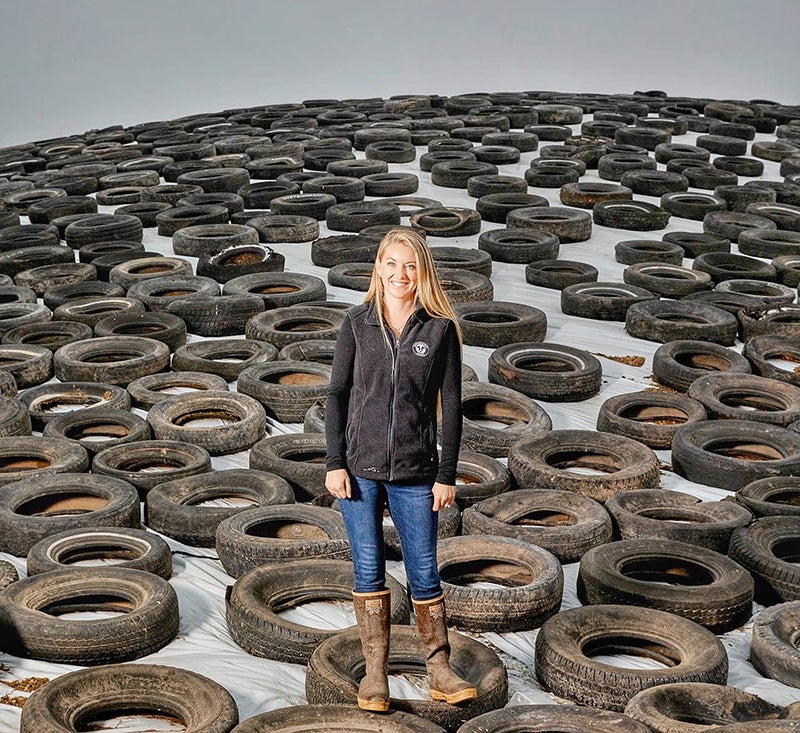 Jess Peters, a dairy colleague and personal friend of two years says Tara is successful largely because she has earned the public’s trust by sharing both the small and larger aspects of her personal life.

“She draws her audience in by being a person,” she told the Daily Churn, “then reminds them she’s also a farmer and an environmentalist.”

Tara attributes the ability to reach consumers to when she felt like an outsider during her college years. As a fifth-generation dairy woman, she says her background was widely divergent from those of her peers and professors.

Instead of allowing herself to feel alienated, Tara says, she sought to cultivate personal relationships with peers — despite their differing opinions.

“We might be able to find more common ground than we realize,” she says. “This can lead to more productive discussions and hopefully more science-based solutions that work for both parties.”

Now she approaches her social media activity with the same philosophy, and research indicates why she has been so successful.

Around 44% of consumers want details about the environmental practices that went into producing their purchases, according to the 2019 FMCG Gurus Global and Regional Sustainability Study.

And a U.S. dairy consumer survey by McKinsey & Company in 2018 found 70% of consumers are specifically concerned with how dairy products are made.

Plus, consumers trust farmers more than most to deliver this information.

In a report released last year, the American Farm Bureau Federation found that 88% of adults surveyed consider farmers to be trustworthy sources of information — nine out of 10 people.

“It goes show the impact we can have on consumers by sharing our stories and sharing about agriculture,” says Tara. “When we share, the consumers trust us.”

That way, she continues, consumers get information directly from experts instead of internet searches. Ultimately, though, Tara’s main focus in on helping fellow dairy farmers. 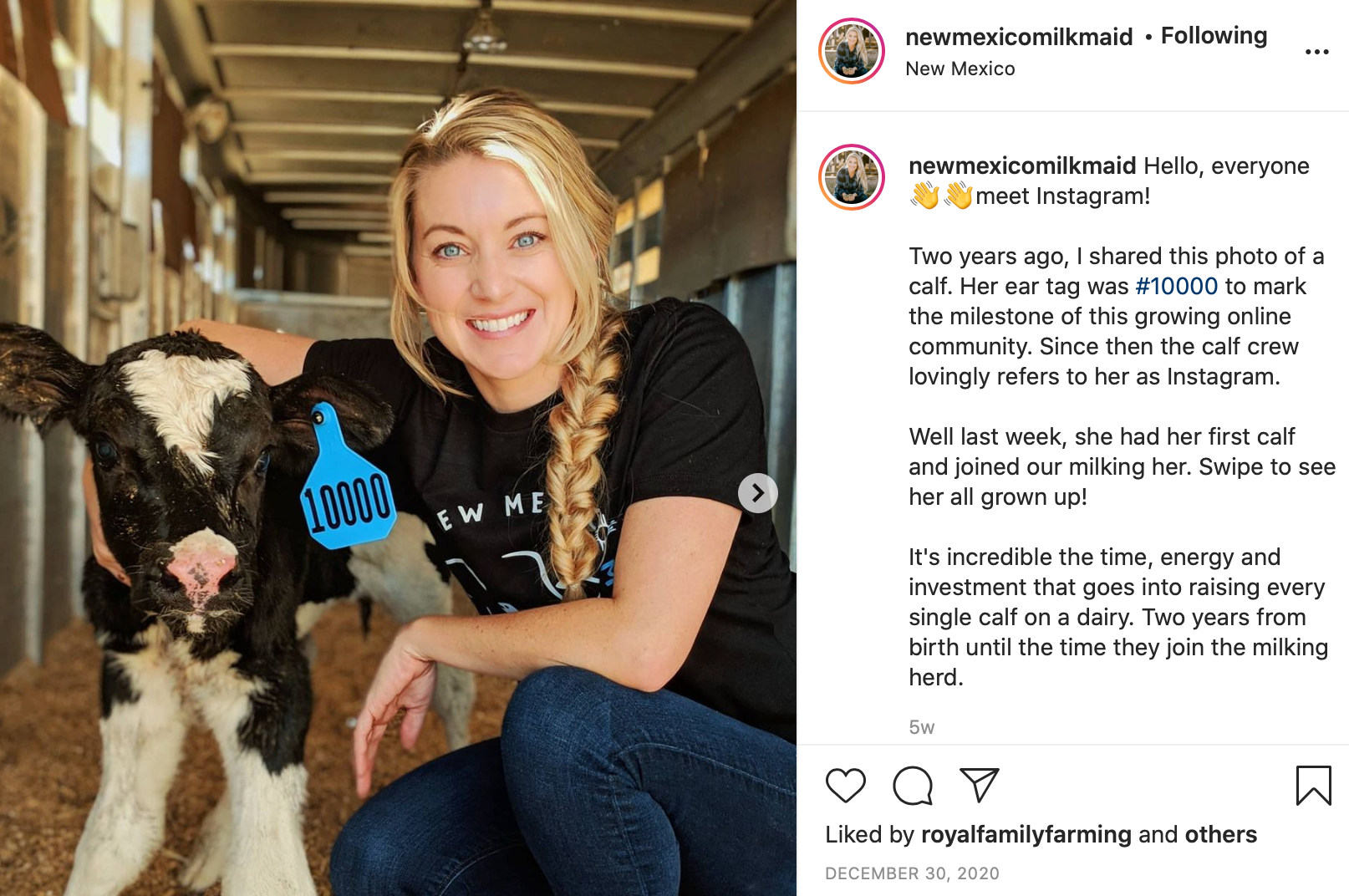 Back at college, Tara became aware of how the New Mexico Groundwater Quality Bureau was writes water quality regulations for dairy permits since her father was actively involved with the process.

“I think a little bit of that passion rubbed off on me,” she says. “We needed to be having more productive conversations and regulations based on science.”

The state has some of the most stringent groundwater protection regulations and permits in the nation, she says, and dairy farmers needed better representation with environmental regulators at the state level.

“I knew I wanted to not only represent dairy farmers when meeting with their regulators,” she says. “I also wanted to help dairy farmers navigate these new regulations.”

With an average herd size over 2,300 head, all New Mexico dairies are required to have a Ground Water Discharge Permit.

This not only helps conserve fresh water in a state that only receives about 14 inches of rainfall a year, but also ensures the water remains safe and clean for both the community and farms.

She says she tries to alleviate some of the stress regulations often cause her fellow producers, helping them identify solutions to accommodate changing regulations while also focusing on long-term sustainability.

Then, Tara extends that work online as New Mexico Milkmaid by providing an insider’s view of how dairy farmers specifically follow regulations in pursuit of their farm’s unique sustainability goals. 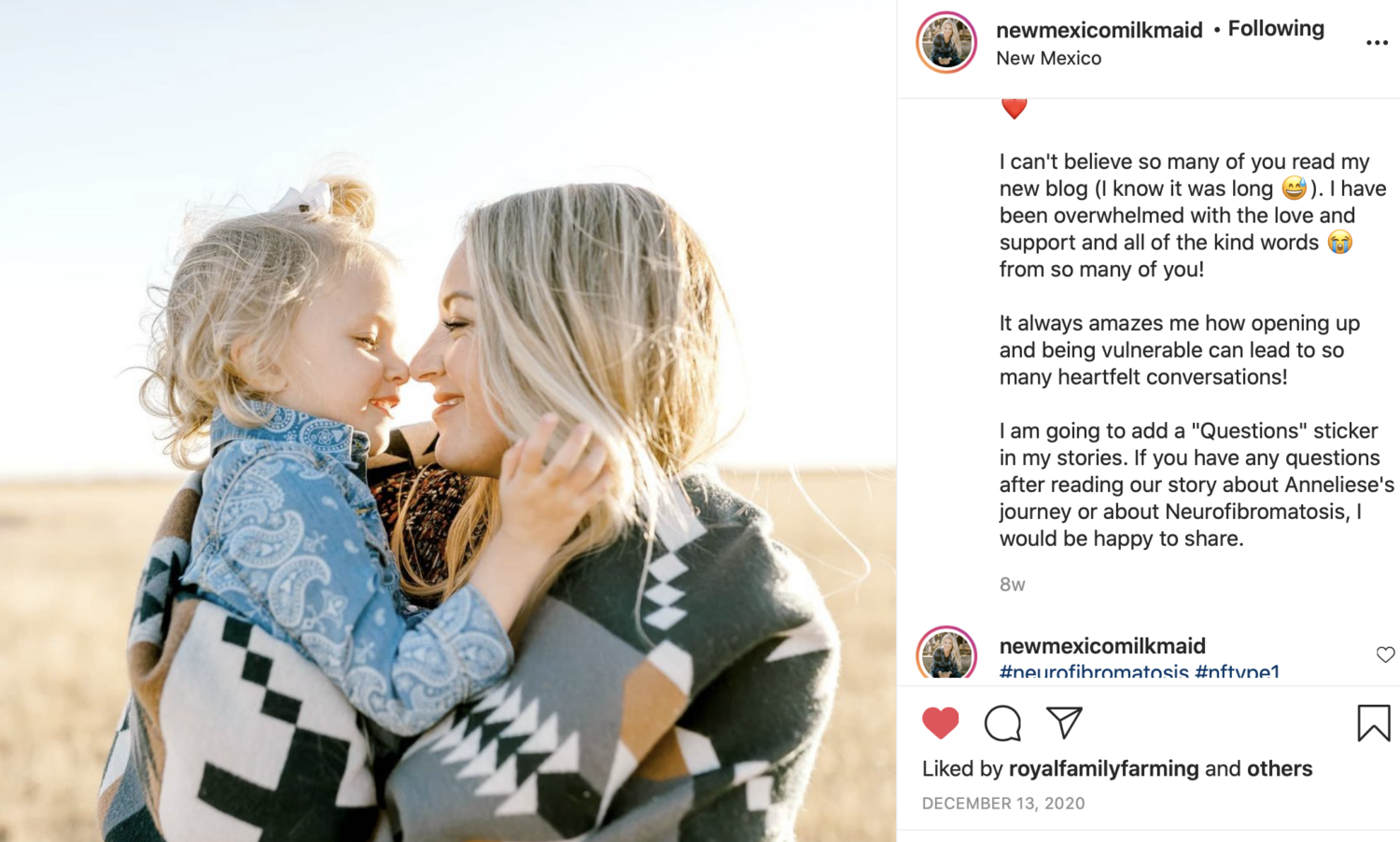 In general, the young working mom and scientist is well received. Most of her followers are curious and supportive, and several have expressed their gratitude for educating them on issues they were not previously aware of.

But she also encounters people who would rather see the abolition of animal agriculture.

To raise awareness when a fellow dairy farmer was doxed by activists, Tara shared a handful of past derogatory comments that have come her way. A similar virtual dogpile took place in September 2019, throughout the popular #MilkChugChallenge.

Still, she perseveres, feeding off those moments when skeptics gain new understanding because of her work.

“Even if I change only a few people’s minds and build people’s trust around dairy,” she says, “that’s something.” 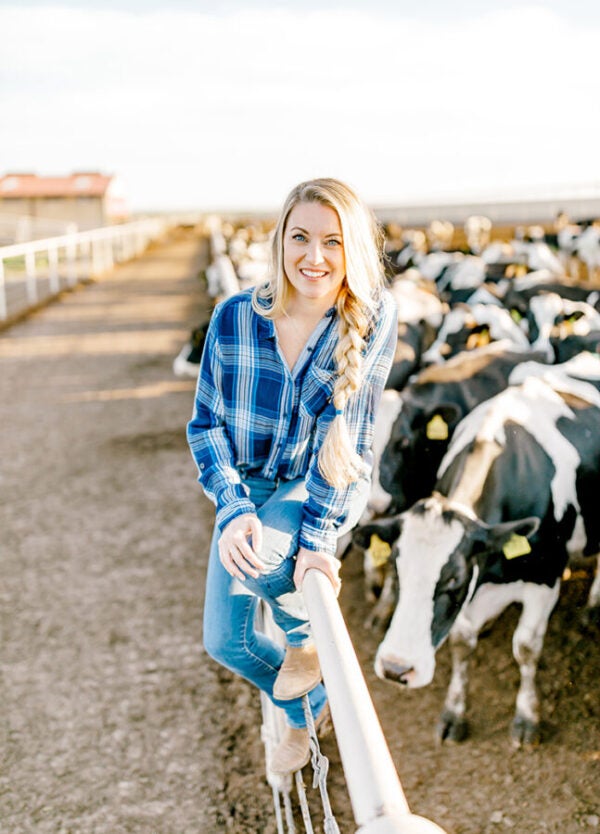 Her greatest focus, however, remains on helping the dairy community both improve and communicate their stewardship practices.

As dairy farmers work with environmental agencies and professionals to preserve natural resources for future generations, platforms like hers can be a powerful communication tool — especially among people who may be unaware of advances in dairy.

For example, the U.S. dairy community reduced its greenhouse gas emissions by about 19% per gallon of milk between 2007 and 2017 alone —news that Tara says is worth sharing.

“We need to be coming to climate discussions with data and science,” she says, “to back us up that dairy farms can be a part of the climate solution.”

But science and facts alone may not persuade consumers about the enormous strides the dairy community has already taken, she adds. It’s also important to build a trusting relationship with consumers.

“I feel I have built trust by being authentic and sharing not only my professional life, but also my personal life,” she says. “I do this while still sharing facts and science behind dairy farming.” And she encourages other producers to follow her lead.

Her advice? Be yourself and be authentic, she says. Share the truth with facts and actual, personal experiences.

A scroll through her pages shows Tara doing just that, weaving in pieces of her life alongside her husband and two daughters managing the glory and struggles of family farm life.

“You can tell a person that dairy farmers want to protect groundwater,” she says, “but if you show them how and why we are doing it, it has a much bigger impact.”