Would we really want to live in a country without dairy cows? A study published in November 2020 suggests the detriments would far outweigh the benefits.

Virginia Tech and U.S. Department of Agriculture (USDA) researchers set out to assess the dairy sector’s current impact in the United States — both in terms of its contribution to climate change and the nutrients dairy products provide.

To do this, Robin White, assistant professor at Virginia Tech and one of the paper’s co-authors, said they set up three different scenarios with different assumptions for the removal of all dairy cows from the U.S. food production system — along with four new ways to use the land made available in their absence.

Ultimately, they found that even removing all 9.34 million cows in the U.S. would only cut 0.7% of all greenhouse gas emissions.

“Dairy cattle contribute to greenhouse gases and should absolutely be a part of the climate change solution,” says White, “but to think dietary shifts away from dairy will be a strategy progressing us toward climate goals is unrealistic and an oversimplification of the problem.”

A crucial source of 39 nutrients

Not only would removing dairy cows — either by slaughter or retirement — produce a negligible reduction of greenhouse gas emissions, but the study also found doing so would deprive the U.S. population of up to 39 different nutrients.

Currently, the researchers note, dairy provides well over half of the calcium, Vitamin B12 and Vitamin D the average American consumes.

And in the case of B12 — essential for a healthy the nervous system — 500 million fewer people would be able to meet their requirements without access to dairy products.

The study — supported by Dairy Management Inc. and published in the Journal of Dairy Science — contradicts the view held by the people behind the anti-livestock documentary “Cowspiracy” that switching away from animal protein would be an environmental boon.

“Eating a vegan diet could be the single biggest way to reduce your environmental impact,” they tweeted to their 50,000 plus followers in January 2019.

In his May, 2019 testimony to the US Senate’s Committee on Agriculture, Nutrition and Forestry, Frank Mitloehner Ph.D, air quality specialist at the University of California-Davis, said, “Where the environment is concerned, foregoing animal-source food is not the panacea many would have us believe.”

Mary Beth Hall, a researcher from the USDA’s Dairy Forage Research Center and another study co-author, says they sought to illuminate what agricultural systems are capable of supplying — and its implications for greenhouse gas emissions and available nutrients.

Slaughtering all cows would result in an 11.87% greenhouse gas reduction. At the same time, this would also mean an 18% deficit of all 39 nutrients the study examined. Another scenario shows that retiring dairy cattle would cut greenhouse gases by 7.2%.

Meanwhile, Hall says that in both those scenarios growing different fruits and vegetables would spike greenhouse gas emissions. That’s because intensifying fruit, grain and vegetable production would require artificial fertilizers, and byproducts cows currently consume would go to waste.

In the third scenario, business would continue as is — but all products would be exported. The resulting environmental impact would remain about the same, as would the deficit of 39 nutrients. 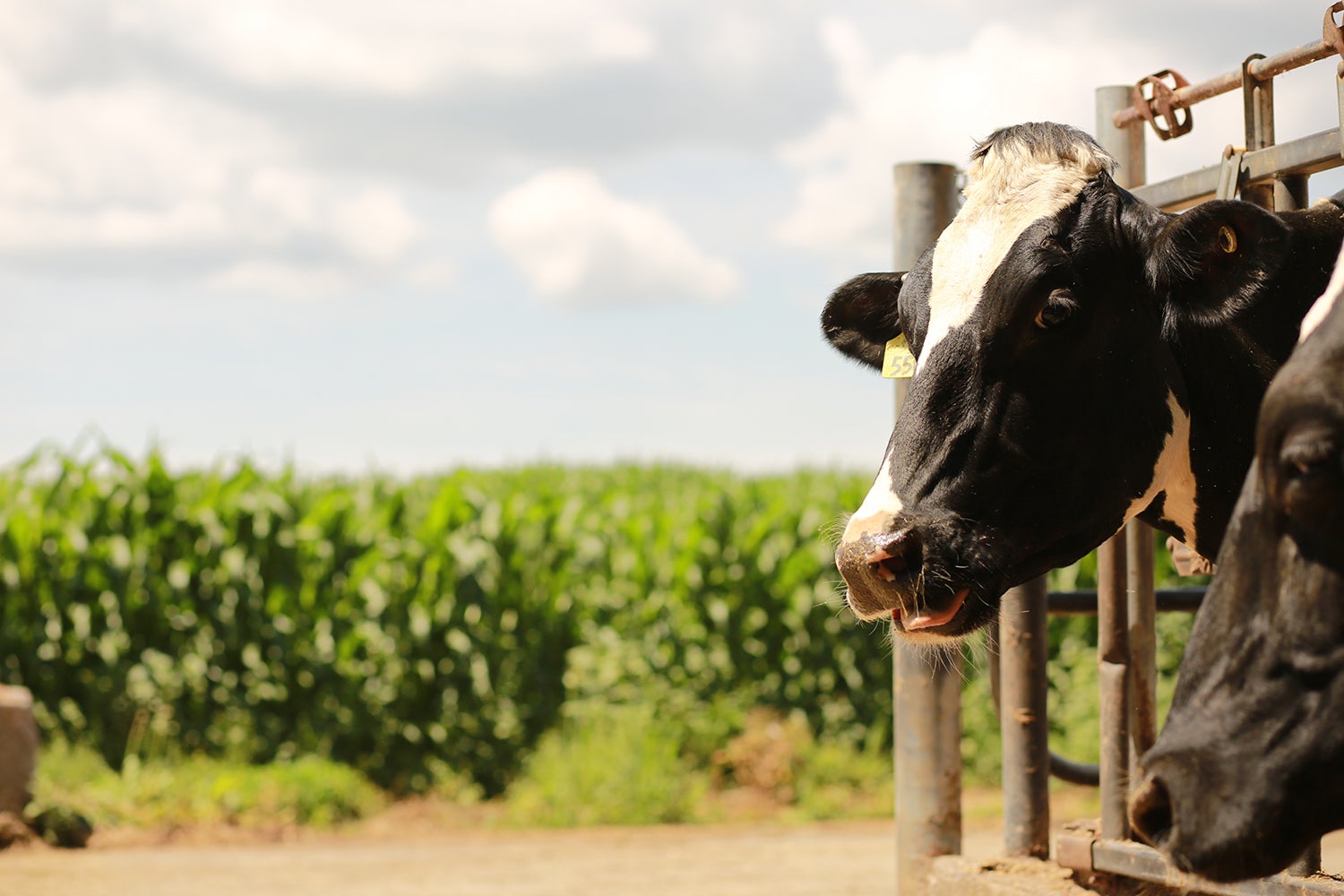 Plants and animals work together

What about growing human food using the landmass made available by removing cow populations (and the necessity of feeding them)? White says that would likely be insufficient for human nutrient requirements.

“Some nutrients are challenging to replace from other (plant-based) sources,” she explains, “namely, those are calcium, choline, vitamins A, E and B12; as well as alpha-linolenic acid.”

As in previous research conducted by White and Hall, they found having a plant-exclusive system is not environmentally beneficial.

“Both plant and animal systems feed back and forth,” says Hall, “what one puts out, the other can use.”

“(This study) produced another flawed analysis based on nonsensical assumptions and methodology with misleading results (and) funded by the dairy industry,” Caspar Donnison, a postgraduate research student in bioenergy and natural capital, tweeted earlier this year. “Livestock remains a major driver of climate change along with other major sectors.”

White says it’s up to the dairy community to set the record straight — and that they’re committed to doing so.

“When we’re presented with a problem like improving sustainability,” she tells the Daily Churn, “the industry is truly interested in characterizing the scope of that problem and understanding how we can improve.”

Ultimately, she says it’s the industry’s responsibility to identify challenges and address opportunities for improvement. This is where the research comes in.

Hall notes that a few of her peers are critical of the shift in land use explored in the study. Some suggest simply taking land out of production and reverting it to wildlife habitats.

But research from the USDA published in the Natural Resources Journal found such a solution unrealistic—in part because farmers need to be financially compensated for property and revenue loss.

“You can’t take a simplistic approach to this,” she emphasizes. “If you want to make a change to the system, you must ask what the ripple effect of the consequences will be, versus what goals you want to meet.”

:: All images via The Daily Churn