Reaching a climate neutral or “net-zero” state, whereby emissions of greenhouse gases (GHGs) are balanced by their equal removal, is the current goal of many business sectors, including dairy.

The Innovation Center for U.S. Dairy in 2020 introduced their Net Zero Initiative (NZI), a nationwide effort in the dairy community to implement new technologies and research to bring carbon emissions to net-zero by 2050.

This effort is in line with the United Nations global call to carbon neutrality by the same year; they call it “the world’s most urgent mission.”

So how can animal agriculture contribute?

The pair published a joint white paper in 2021 called Pathway to Climate Neutrality for U.S. Beef and Dairy Cattle Production through the University of California Davis Clarity and Leadership for Environmental Awareness and Research Center outlining what achieving “net zero” emissions should realistically look like in today’s cattle industries.

“The folks in the industry are dealing with this issue all the time,” Place tells the Daily Churn. “There’s lots of commitments, but the hard math isn’t really out there.”

Given methane’s contribution to warming — said to be anywhere from 28 to 80 times more effective at trapping heat than carbon dioxide (depending on your sources), the dairy sector has taken strides to seek solutions to mitigate emissions through programs like the Greener Cattle Initiative.

Encouragingly, Place and Mitloehner both stress that methane emissions don’t need to go to literal zero to make meaningful progress.

“Our calculations have shown that is possible,” Mitloehner notes, for U.S. dairy to reach climate neutrality through relatively modest mitigation of methane.” 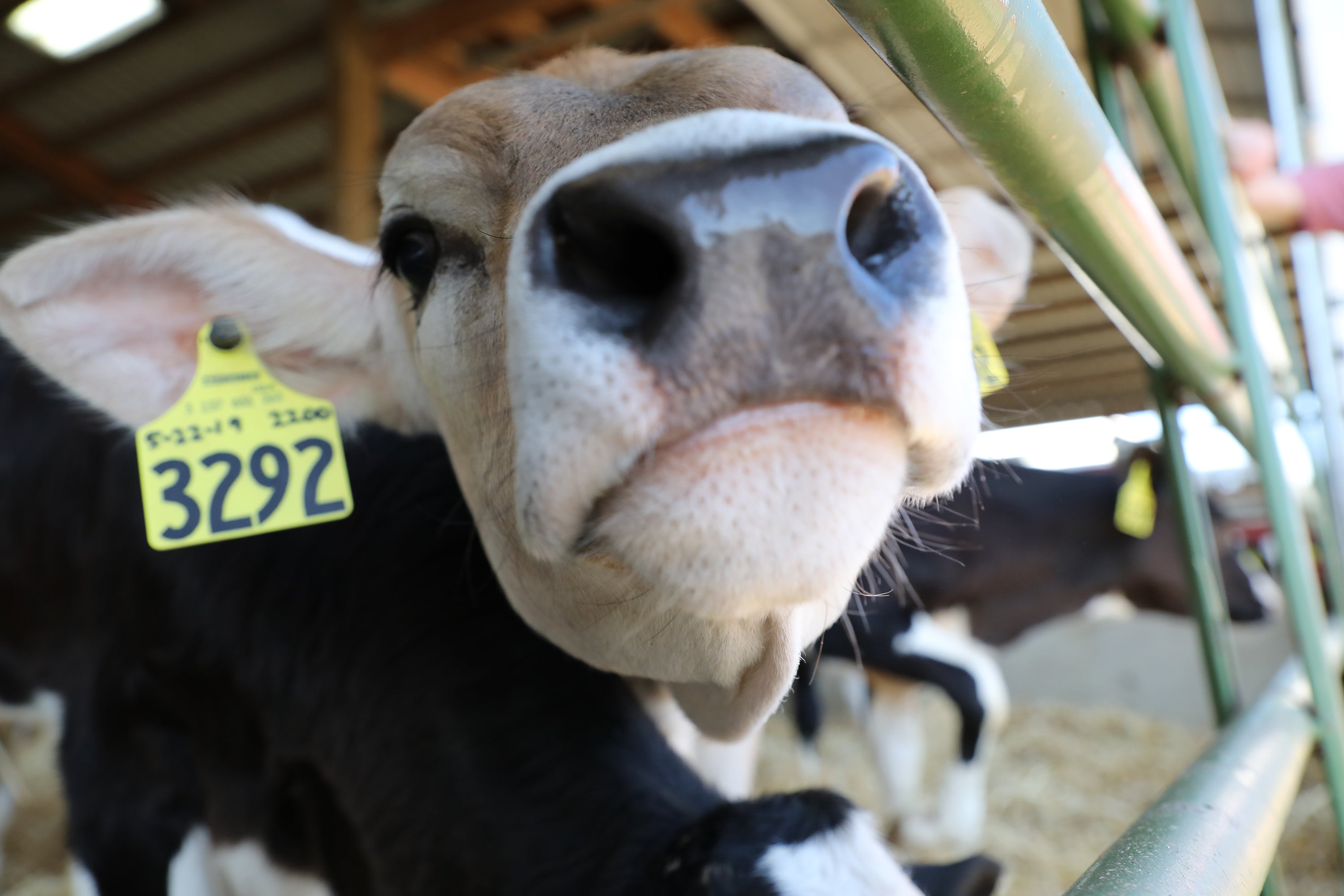 Over the last 30 years, the matrix (or unit) used to calculate the impact of methane on warming, according to Mitloehner, was inaccurate and overblew the impact of constant methane sources – like cattle.

Oxford University climate researchers in 2019 suggested an alternative to address this gap. Mitloehner and Place used both the old and new methods to calculate methane’s role in their white paper.

Differences between the two were significant and the new matrix, Mitloehner says, does a much better job characterizing methane correctly because it accounts for atmospheric removal as well.

“The old unit overflows the impact of methane by a factor of four,” he explains. “It’s very important first to get the right quantification method.”

He adds this was also confirmed in the Intergovernmental Panel on Climate Change’s (IPPC) 2021 report on government health and climate change.

A corrected method of calculation is but one piece of the full climate neutrality picture, the researchers note. Terminology is another issue that needs to be addressed.

“It’s technically possible to achieve climate neutrality — part of it is clarifying the dairy industry’s goal of net-zero,” says Place. “Are we talking about net-zero carbon dioxide equivalents? That’s actually very hard…because you have to offset all the residual emissions that come from cattle.”

Instead, based on case study scenarios, Mitloehner and Place suggest a goal of lowering methane emissions by 18-32% so that beef and dairy cattle no longer contribute to warming in 2050.

Emissions reductions per unit of beef and milk, Place points out, have already been cut significantly in the U.S., a trend she believes will continue. But achieving ambitious climate neutrality goals will take even more change.

“I think the movement for anaerobic digesters is good,” she says about dairy manure management. “One that’s harder is the methane that comes from the cow…it’s one of those things that’s technically possible, but it’s going to be a big challenge.”

Innovators are already hard at work on this issue — and not just in the dairy sector. 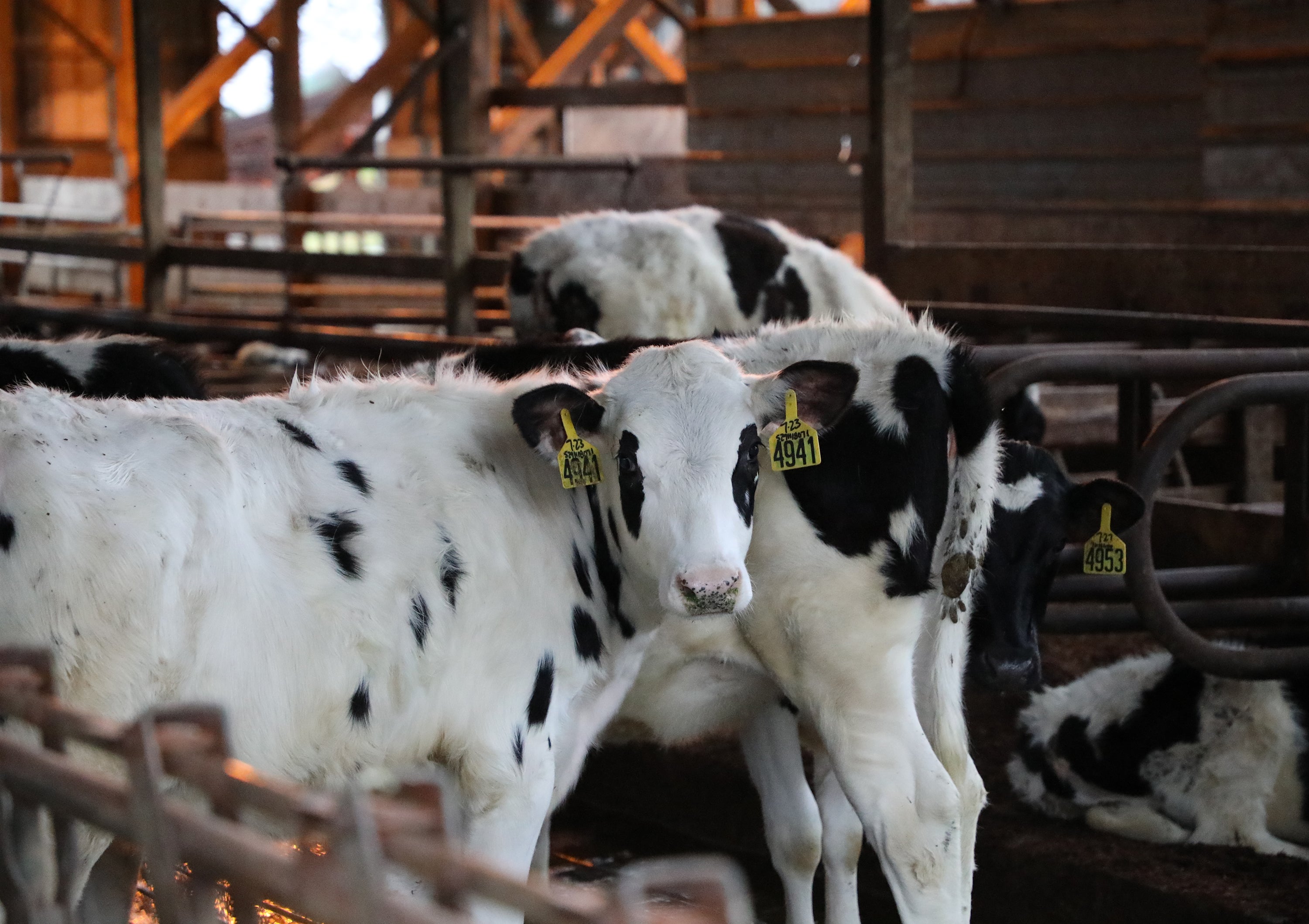 They are among many other sectors taking advantage of the opportunity to directly address contributing emissions, observes Lauren Frisch, program manager for Climate Neutral, a nonprofit organization helping businesses decrease carbon emissions through their own certification process.

And she believes dairy is in a unique position to fully capitalize on climate neutrality, while also providing important nutrition.

“I think any issue that has implications for human health should be taken especially seriously,” she says. “For that reason, I think climate change is an amazing fit for the livestock sector.”

“If you reduce methane, you’re sucking carbon out of the air,” he says. “Think about how exciting that would be if we were not ostracized as a big problem causing climate change, but part of a solution.”