Karamjeet Kaur attended a MoooFarm training session because her cows were sick with ticks and worms.

An Indian dairy farmer, Kaur says in a testimonial that the Indian agtechnology company provided her with long-term and cost-effective solutions to care for her cows. And now she is encouraging other women to avail themselves of their unique agrarian and digital literacy programs. Indeed, MoooFarm wants up to 40 percent of their beneficiaries to be women.

Co-founder Aashna Singh says that while men in India often serve as the farm’s face — performing tasks like carting milk to collection points — it is the women who handle daily operations such as feeding and milking cows. A 2006 study published in the Indian Journal of Dairy Science found that 75 million women are engaged in dairy, compared to 15 million men.

Dairy “often serves as a platform for rural women to consolidate a better place for themselves in their society,” according to a 2019 Food and Agriculture Organization of the United Nations (FAO) report. But they often lack the technology and services available to farmers in other countries.

That’s where MoooFarm comes in. Currently operating in the Indian states of Punjab, Uttar Pradesh, and Maharashtra, they give rural farmers tools to operate efficiently and sustainably — and boost their incomes — through a blend of human intervention and technology. Farmers don’t even have to pay for the services; instead, they’re funded by corporations and governments.

MoooFarm conducts in-person training sessions, reaching rural farmers in their Mooo Van and also operating a network of Village Level Entrepreneurs or VLEs. These local partners travel door to door in three to four villages each to provide any resources farmers might need — whether that includes implementing best on-farm practices or downloading and using a specially-designed app.

The farm management app digitizes the cow’s breeding cycle and sends farmers alerts, such as the correct time to inseminate a cow or check if she is pregnant. The alerts link to videos that guide farmers through certain procedures. Still, MoooFarm encounters obstacles to their goal of reaching women. 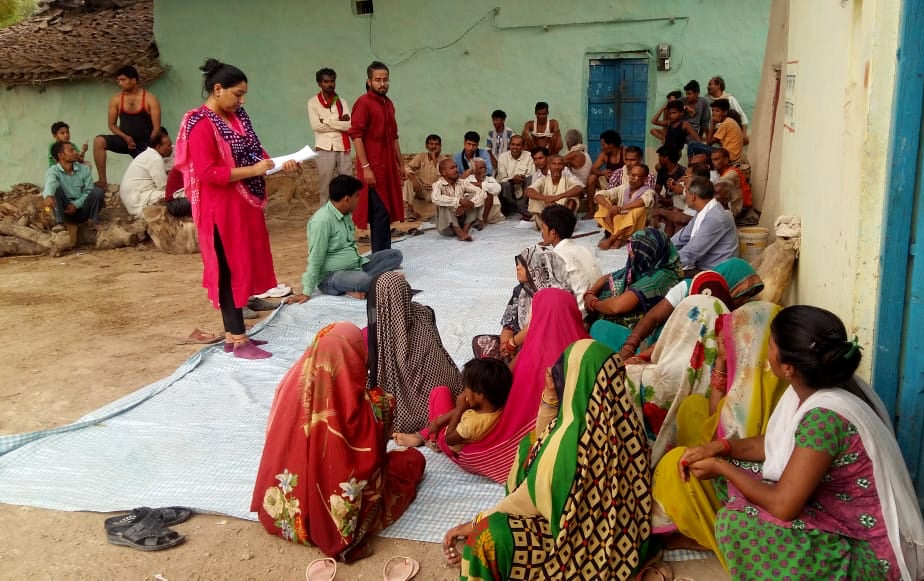 After encountering gender-based obstacles, MoooFarm implemented projects that make it easier for women in dairy to participate in their programs.

In some locations where the company operates, men might not allow women to attend training camps. Or they may be prohibited from attending camps where men are present. In response to these challenges, the group has implemented new strategies that make it easier for women — such as all-women training sessions and door-to-door training.

Singh, who holds a double degree from the London School of Economics and the University of Sydney Business School, says MoooFarm has partnered with Internet Saathi, a digital literacy program from Google and Tata Trusts that trains women to become digital agents who teach other women how to use the Internet. Together, they’re testing the concept of utilizing digital agents as MoooFarm VLEs who can connect with women dairy farmers.

Face-to-face sessions can introduce rural farmers to new concepts, but is it realistic to expect them to have smartphones for the app? Singh says while access varies throughout the country, in areas where MoooFarm works, households typically have at least one smartphone. Her most active user in Punjab is a woman.

Of the 1,000 farmers participating in one program, Singh says around 80 percent have downloaded the app — and up to 70 percent are active on a weekly basis. Singh says, for rural India, this an excellent retention rate.

And farmers seem to be noticing the difference. In a recent survey MoooFarm conducted, 95 percent of farmers in the Punjab pilot project said their knowledge had increased and so had their income. By utilizing practices learned through MoooFarm training programs, many farmers were able to increase their monthly income by 2,000 rupees and decrease expenses by around 1,500 rupees.

“We are calculating that yes, we are reaching around three to four thousand rupees of profit-giving to a farmer because we are driving the right practices,” says Singh. 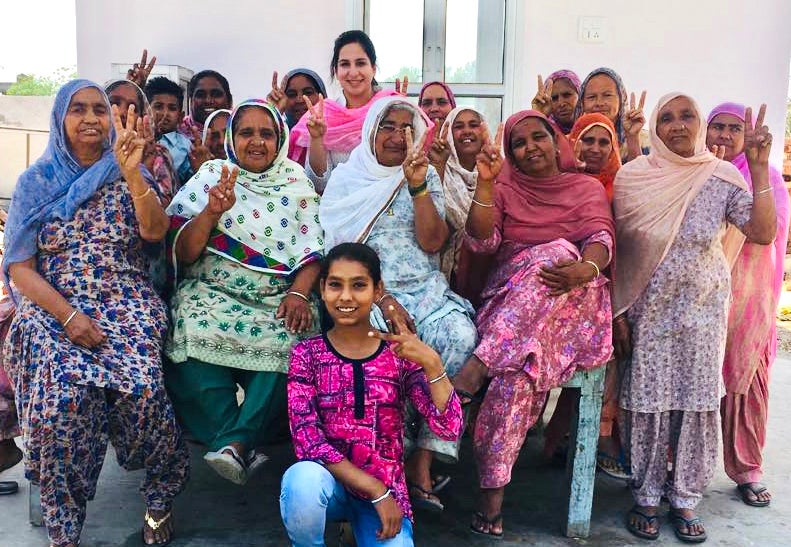 MoooFarm wants at least one-third of project beneficiaries to be women.

Some of these practices center around sustainability. While India is the world’s largest milk producer, their dairies are not as efficient as those in some other countries.

“On average, milk production in India is approximately 1,700 kilograms (450 gallons) of milk per cow whereas it is around 10,463 kilograms (2,764 gallons) of milk per cow in the USA,” says Aimable Uwizeye, FAO Livestock Policy Officer, speaking in his personal capacity (which may not necessarily represent official FAO views). But improving milk yield can boost sustainability.

Improving milk yield is directly related to cutting greenhouse gas emissions, according to Singh. She says their studies show that if a cow produces a minimum of 2,000 liters (or around 530 gallons) in a year, carbon emissions drop. And achieving better yield is directly related to cow health. MoooFarm offers farmers access to veterinarians and training to avoid underfeeding or overfeeding. They also gave dairies tests for subclinical mastitis, a disease affecting cow udders that Singh says is hard to detect.

Uwizeye, a veterinarian and animal scientist, listed technology adoption as another requirement for more efficient milk production. He said best management practices, such as those around feeding and animal welfare, “could increase milk yield while reducing the number of dairy cows required to produce milk.”

“Helping farmers to increase productivity (milk yield and live-weight) as a means to reduce poverty, and improve nutrition and food security,” says Uwizeye, “is a good example of adaptation and resilience to climate change.” 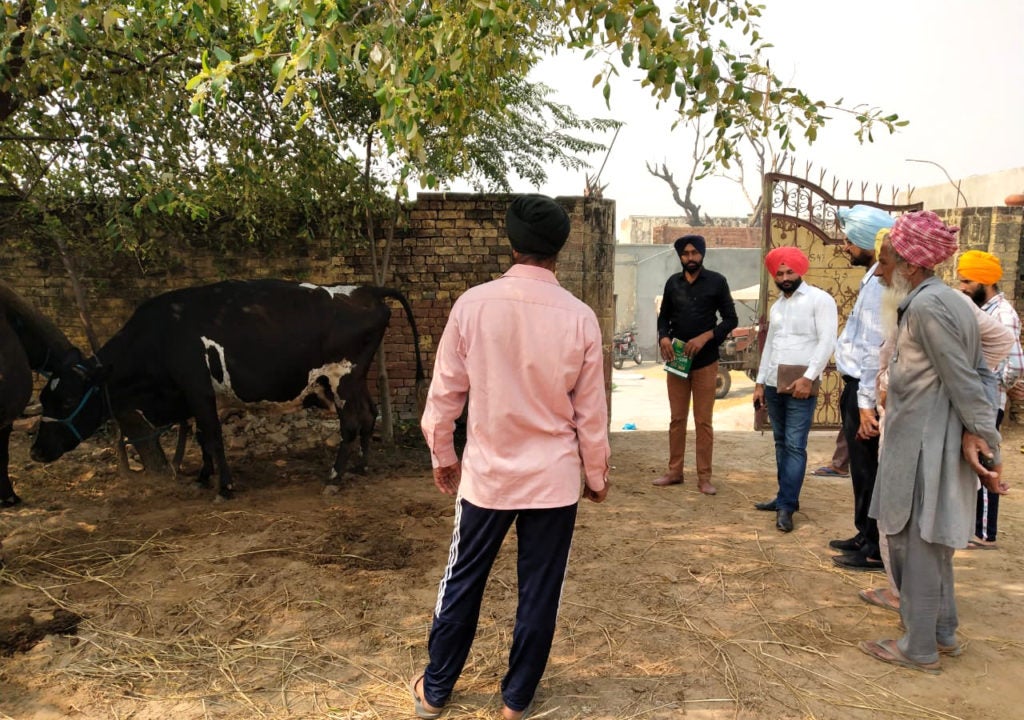 Part of the company’s mandate is to help boost milk yields, cow health — and ultimately, make the dairy business in India more sustainable.

Better water and waste management can also foster sustainability; Singh says at trainings, they discuss using waste as fertilizer. Up to 80 percent of farmers apply this strategy after training, based on statistics collected by VLEs — who have their own app to track farmers’ implementation of 20 best practices.

Sourabh Pratap, a VLE in Hardoi, Uttar Pradesh is now financially independent. “Since working with MoooFarm, I have received overwhelming love and respect from my community,” says Pratap.

Santosh Kumari, a VLE in Sumerpur, Uttar Pradesh, says MoooFarm has given her a good source of continuous income. “I am proud of my work as I’m able to change the lives of deprived farmers of BundelKhand region,” she says. “Also, I am now quite popular among villagers as a woman leader.”

Meanwhile, MoooFarm continues to challenge itself by developing new services and technologies — including facial recognition for cows. Singh says this technology, which they have found to be sufficiently cost-effective, could help the cattle insurance sector reduce fraud. And their efforts appear to be paying off.  In addition to winning a grant from Microsoft, they were one of nine winners of the World Bank Group’s Agri Insuretech Challenge.

So far they have reached over 16,500 farmers in around 400 villages, according to MoooFarm. But they’re not stopping there. By next year, they hope to reach 200,000 farmers for a resounding social and environmental impact.