An Irish dairy farm, university researchers, a global dairy ingredient maker and multiple ag-tech partners have joined forces to achieve by 2027 what they say will be the world’s first climate-neutral dairy farm.

Called “Farm Zero C,” the project aims to reach climate neutrality on a 250-acre working dairy farm while maintaining economic sustainability. They then plan to extend their learning to other dairy farmers — in Ireland and globally, says Enda Buckley, director of sustainability for Carbery Group, a dairy ingredient manufacturer.

Carbery is one of the partners spearheading the project with BiOrbic, Ireland’s national bioeconomy research center. They are putting their principles into practice on Shinagh Farm, a 250-cow, pasture-based dairy farm on the southwestern coast of Ireland—just 10 miles from the Atlantic Ocean.

“We know it’s very ambitious. We’re not kidding ourselves for a second,” Buckley tells the Dairy Churn. “But even if we achieved half of the goal, it would be a phenomenal result. Because that’s half of the (dairy) emissions.”

On BiOrbic’s website, the project partners suggest that applying the practices they perfect at Shinagh across Ireland would halve greenhouse gas emissions associated with the country’s dairy sector.

Farm Zero C has already received widespread attention. In June, after a two-year phased process, they won a coveted $2.3 million prize to continue their work as part of the “Zero Emissions Challenge” presented by the Science Foundation Ireland (SFI).

Agriculture in Ireland contributes 33% of the country’s annual emissions, according to a 2019 report from Teagasc, Ireland’s Agriculture and Food Development Authority. By comparison, the Environmental Protection Agency (EPA) reports that the U.S. agricultural sector contributed 10% of U.S. total greenhouse gases in 2019.

Buckley says agriculture in Ireland “sticks out like a sore thumb” for its emissions contribution, generating criticism—especially of dairy farmers.

“Achieving net-zero emissions for agriculture is incredibly important for Ireland,” says Kevin O’Connor, a University College Dublin professor and one of the lead researchers in the Farm Zero C project. “Agriculture is… the powerhouse of Ireland’s economy.”

“It is to the Irish economy what car manufacturing is to Germany,” he adds. “If this industry can become carbon neutral, it has a future.” 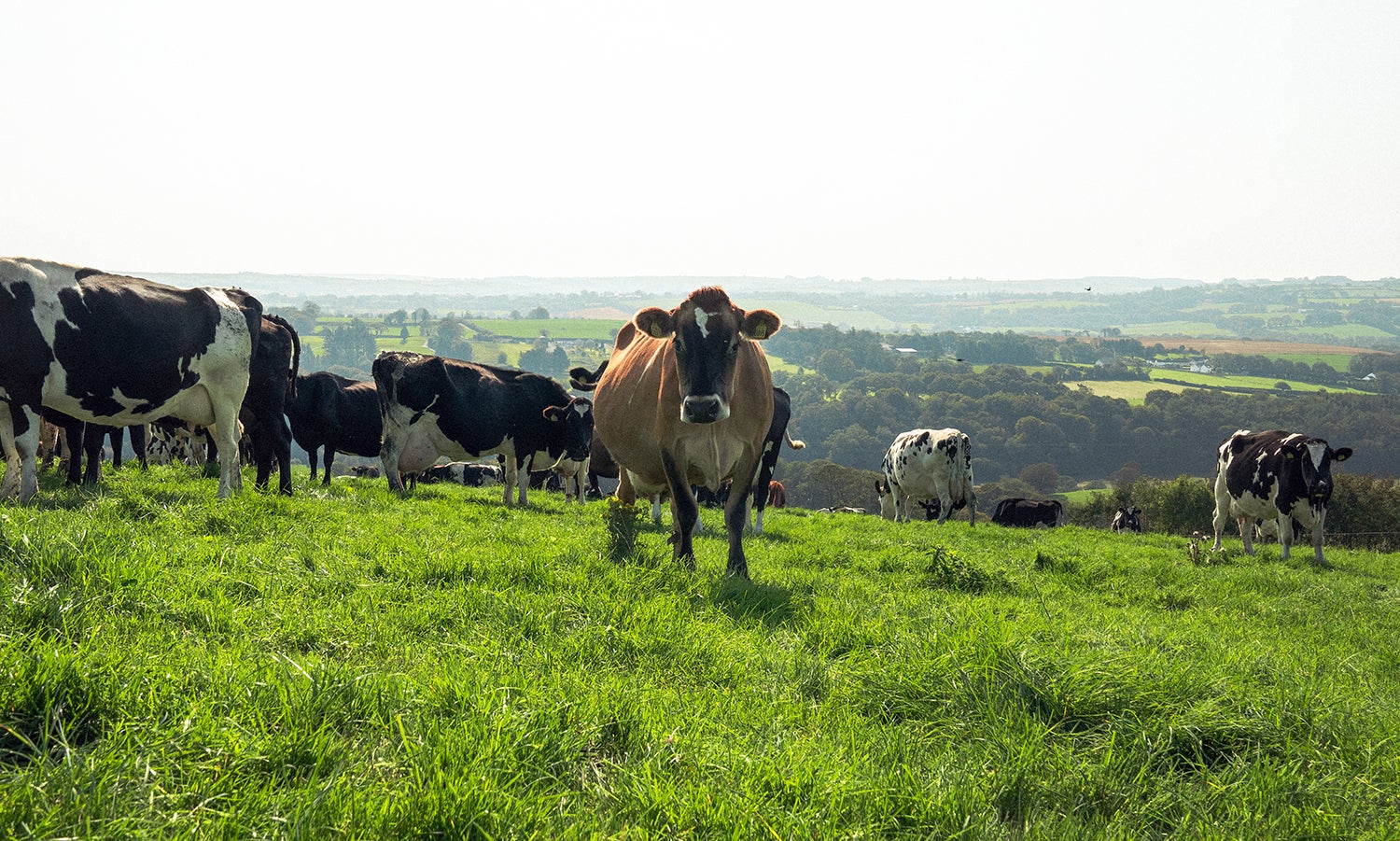 Buckley says Farm Zero C’s partners are taking a whole-farm, holistic approach to their project goal to not only be carbon neutral, but climate neutral.

“It’s not just the focus on the carbon,” adds Buckley. “We’re looking at things like air emissions, water quality and biodiversity. They would be the big three. It’s a very holistic, all-encompassing model.”

Work accomplished at Shinagh Farms over the last several years has already lowered the farm’s milk carbon footprint significantly, Buckley says. Currently, the farm produces about .85 kg (1.87 lbs) of CO2e per every kg (2.2 lbs) of milk. The Irish average is 1.13 kg (2.49 lbs) of CO2e per kg of milk.

Feeding small portions of additives to cows, like red seaweed, have been found to significantly reduce enteric methane, a natural form of methane produced by ruminant animals as part of their digestive process. Cows, sheep, goats, buffalo and even wild species like deer and antelope are ruminants and all emit methane.

But methane, a greenhouse gas that is more powerful than CO2, is a significant source of global warming. More than 58% of total emissions produced from the worldwide dairy system comes from methane, according to the United Nations Food and Agriculture Organization. That makes methane reduction a major strategy for any emissions reduction effort on dairy farms and a key focus for the Farm Zero C project, Buckley says.

This process squeezes the liquid out of grass and leaves behind several different feedstocks, including one with a high protein content. This could be used as a potential replacement for soy-based feed, a common type of feed imported to Ireland. When farmers feed the left-over grass from the process, which is similar to lawn clippings, Buckley says in-vitro trials have demonstrated further reductions of methane produced in enteric digestive processes.

“We’re not buying trees on some other farm. It’s all on-farm interventions,” he says, adding that the knowledge they gain in their carbon sequestration trials will hopefully be helpful to other dairy farmers considering selling carbon credits on their farm.

All told, the announcement of the SFI prize created a lot of attention for the Farm Zero C project. They have been inundated by calls from all over the world from people telling them about new, emissions-reducing technology, Buckley says. It’s been exciting learning about all they might be able to apply as they move forward.

“It’s been overwhelming. Brilliant,” says Buckley. “But we’ve got a lot of work to siphon through it.”