Today’s dairy cow is more productive than ever — especially if she’s American. Henning Steinfeld, who heads the UN Food and Agriculture Organization’s (FAO) livestock sector analysis and policy branch, told The Daily Churn that American cows are among the world’s most efficient. They’re so efficient — according to the National Agricultural Statistics Service — that milk production per cow increased by 72 percent between 1985 and 2015. But how?

Advances in genetics, nutrition and cow comfort are primary contributors to production gains, according to Roger Thomson, a veterinarian and dairy specialist at Michigan State University. They’ve also reduced dairy’s environmental impact. The carbon footprint of a glass of milk in the U.S. is two-thirds lower today than it was in 1950, says Frank Mitloehner, Ph.D., University of California – Davis, a leading expert in air quality related to livestock production.

Globally, according to the FAO report called Climate Change and and the Global Dairy Cattle Sector, greenhouse gas emission intensities per kilogram of milk dropped by almost 11 percent between 2005-2015. Albeit a step in the right direction, some regions are still lagging.

The report found that “emission intensity of milk production is lowest in developed dairy regions (ranging between 1.3 to 1.4 kg CO2 eq. kg fat-and-protein corrected milk in 2015)” but that “developing dairy regions such as South Asia, Sub-Saharan Africa, West Asia and North Africa” have emission intensities as high as 6.7 kg CO2 eq. per kg fat-and-protein corrected milk.

At the same time, milk is a critical source of nutrition, says Thomson. “These populations are desperate for protein and milk protein is one of the most bio-available sources.”

So, how do we help other countries attain similar efficiencies and feed the 9.1 billion people expected to inhabit Earth by 2050?

Penn State agriculture engineer John Tyson says we need to transfer our knowledge of genetics, nutrition and cow comfort outside the U.S. Science and basic technology are easy to share with other countries (compared to the implementation of proper management practices), he says, but it won’t happen overnight. “The U.S. dairy industry didn’t make it from 1940 to 2020 by taking one or two trips somewhere,” he adds. “It took time.”

Through EarthAgric, Abidemi Adeoye hopes to accelerate that knowledge transfer to benefit his home country, Nigeria. “I discovered 85 percent of Nigeria’s 19.5 million cattle are owned by pastoralists,” he told The Daily Churn. “This led me to initiate a collaborative effort between my organization, a dairy processor and the pastoralists in my community.”

Today, the average Nigerian cow produces less than half a gallon of milk per day, according to the FAO. Compare this with the University of Arkansas’ estimate that the average U.S. dairy cow produces up to seven gallons of milk. Adeoye hopes to empower farmers and pastoralists with the knowledge that would not only improve production, but also improve their lives.

After graduating from the Federal University of Agriculture Abeokuta, where he worked as a student farmer and gained exposure to modern farming practices, Adeoye received an $800 grant in 2018 from the British Council to conduct market research on milk production and consumption. More recently he traveled to Oklahoma State University through the Mandela Washington Fellowship to study entrepreneurship in agriculture.

He believes inadequate extension services have created a knowledge gap for Nigerian agriculturalists, and that exchange programs accompanied by management science and technology could help bridge the gap. 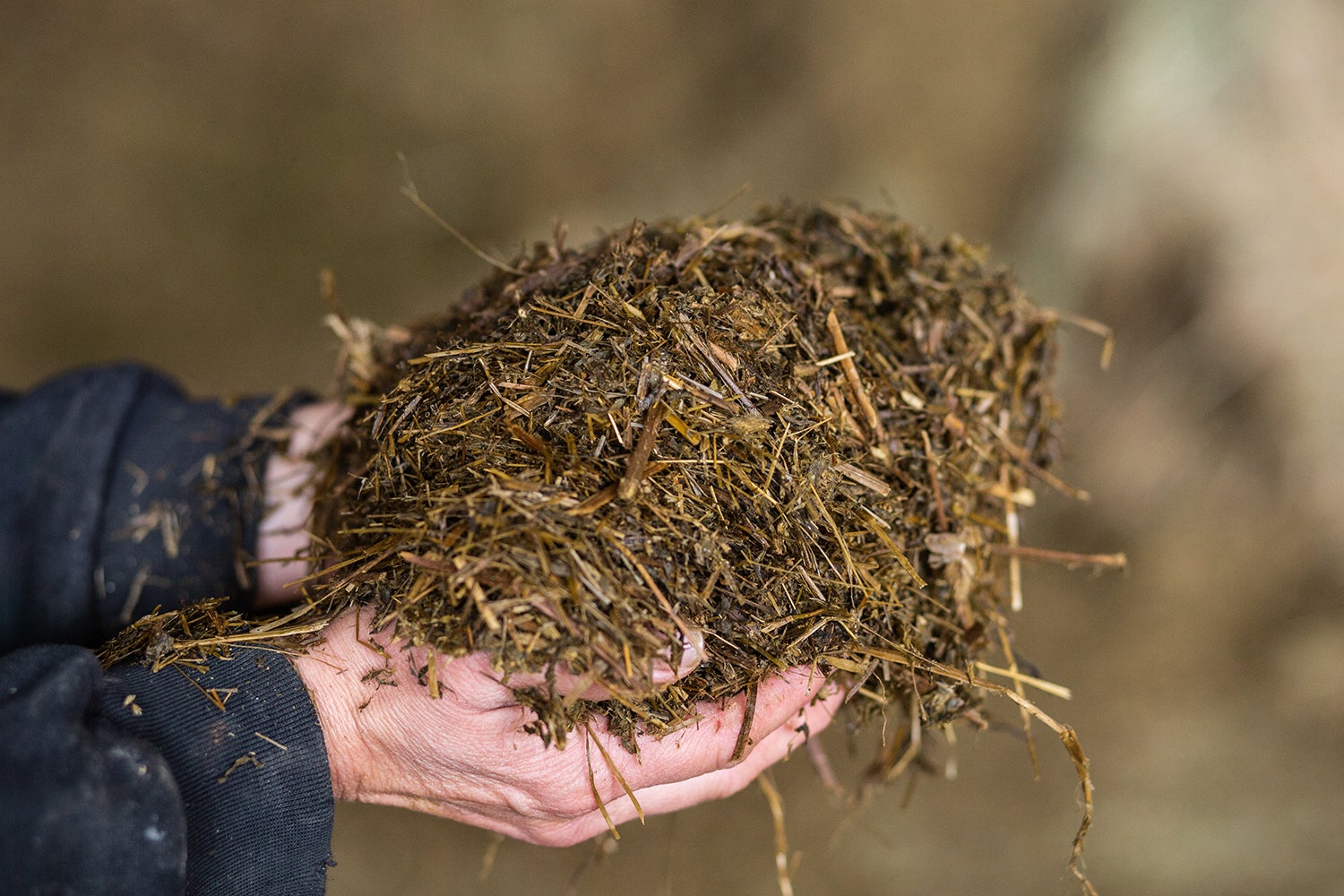 How the U.S. improved milk production

Land grant universities work through extension programs to share the latest management practices and ensure farmers prioritize what’s best for the cow, according to Thomson, the Michigan State University vet. At Penn State, a team of dairy specialists research and employ practices on farms to encourage healthy herds and increase milk production — starting with genetics.

Robert Goodling, a dairy genetics and reproduction extension associate at the university, says production, health and longevity traits are equally evaluated when creating a breeding program. Production traits include projected milk fat and protein numbers, he says, while health traits account for reproduction, hoof health and somatic cell count, or the ability to fight infections like mastitis.

The 2009 introduction of genomics was the most significant change in dairy cow genetics, according to Goodling. With genomics, a DNA sample taken from a sire is compared to a set of single nucleotide polymorphisms (SNPs) to screen for certain traits. Based on how these SNPs match up, says Goodling, the sire receives a score for several categories, giving farmers an idea of how offspring will phenotypically develop.

“It’s sort of like doing a 23andMe,” he said. “It’s given us a higher accuracy and reliability to our genetic traits. It shrinks the generation interval, which gives us a greater increase in genetic gain.”

Goodling said we have bred for healthy cows that don’t produce beyond their capability, only to their genetic potential, insisting that genetic markers of every kind are evaluated to improve both the producer’s bottom line and cow health.

One trait gaining a lot of attention today is feed conversion efficiency – a cow’s ability to consume the same amount of food and produce more milk of higher quality. Gooding says this is important from an environmental and economical standpoint because it means fewer greenhouse gas emissions and lower input costs.

“There is something to be said about what is passed onto the next generation, be it genetic or environmental,” he says. “Cows are producing more milk than they were 30 years ago, but at the same time, they have better nutrition than the cows 30 years ago.” That can be attributed to the fact that dairy farmers today grow more crops on the farm than they did in the 1980s, allowing for a more economical and customizable cow diet, according to Virginia Ishler, Penn State dairy extension nutrition specialist.

Plus, she adds, the total mixed ration (TMR) gained popularity in the last three decades. Farmers work with nutritionists to formulate a ration based on energy requirements, geographical area, available crops, and milk component goals. In the northern part of the U.S., TMR is composed of 55 to 60 percent silage, which is a fermented forage like corn or alfalfa.

“We’re feeding the cow a very consistent feed every day,” she says. “We’re balancing for energy, fiber, and protein, very similar to what we talk about today in human nutrition. We analyze all these feeds and then we formulate so that we’re balancing for her requirement.”

Component fractions aside, feed can only convert to production if management is holistically approached, says Ishler. At every stage of her life, the animal must receive nutrients in the quantities required for energy and body condition maintenance. 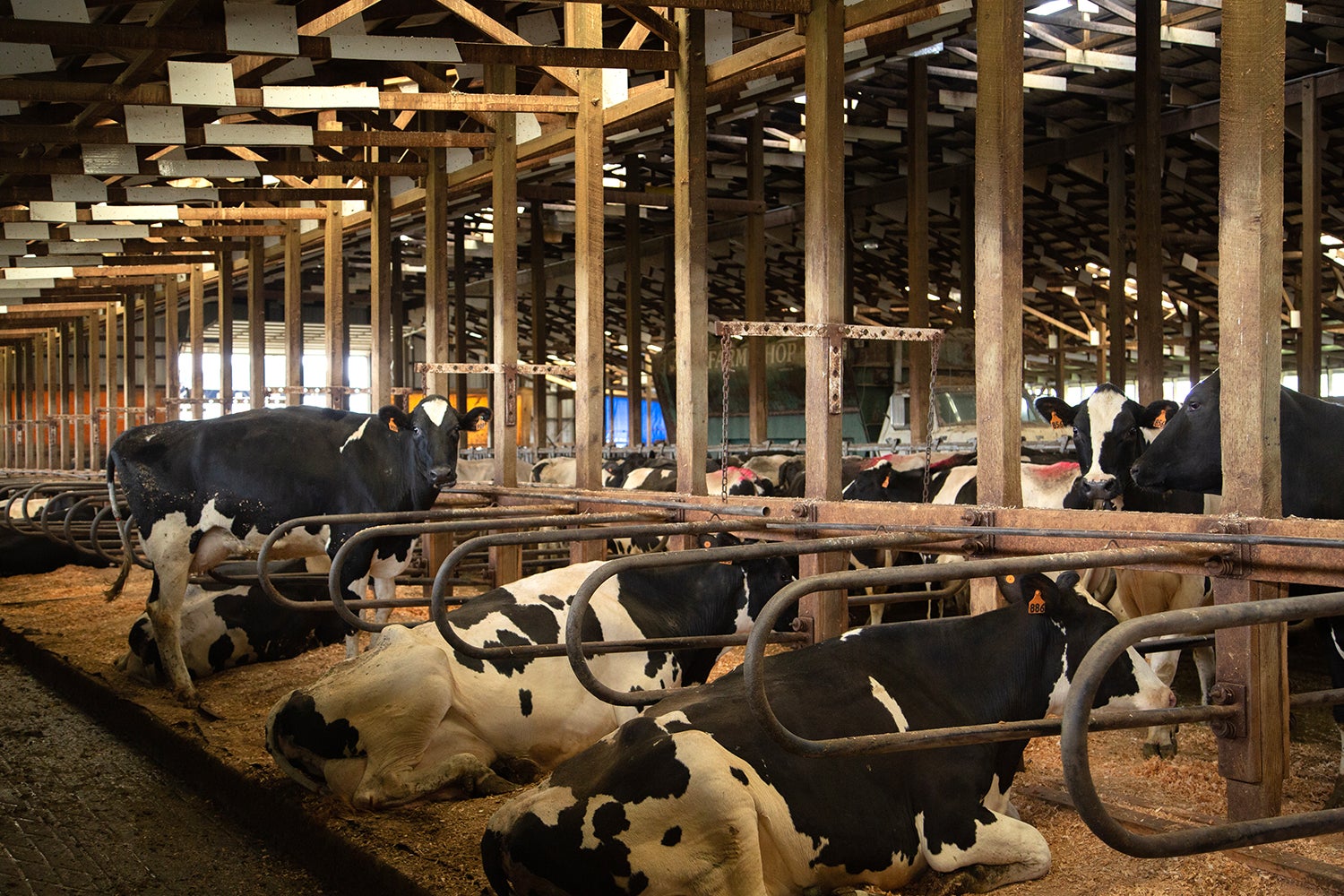 Comfortable housing allows cows to rest easily and move around, which in turn contributes to better milk production.

Every family needs a comfortable home, says Penn State’s Tyson, who explains how dairy housing and parlor design must facilitate each area of cow behavior.

“A cow spends 12 to 14 hours a day lying down,” he says, “and about five to six hours a day eating and drinking. The remainder of that day is divided between milking, treating and social time.” According to him, proper ventilation, access to water, available feed and comfortable beds are non-negotiable elements for dairy housing.

Tyson says the goal is to remove as much stress as possible by focusing on the details, like feed bunks, which are raised three to six inches to meet natural grazing height, and free stalls that are designed so even the largest cows in the herd can comfortably rest, stand and exit.

“They are allowed to do what cows normally do and therefore can exhibit whatever the genetic and nutrition potential is of those cows,” he says. “The more we understand the cow, the more we can adapt our management to meet her needs and keep that production going up.”

Thomson, who has been a veterinarian for 40 years, promotes consistency in cow care.

“Is everything we’re doing what’s best for the cow?” he asks. “We’re not doing that every time and so that’s what we have to really keep pushing.”