U.S. farmers could increase their negative emissions rate to 1 billion metric tons and eliminate up to 20% percent of the current 6.5 billion tons of annual greenhouse gas emissions by scaling up carbon-sequestering practices, Pacala told the Daily Churn.

Pacala — who is a professor of ecology and evolutionary biology and co-director of the Princeton Carbon Mitigation Initiative — is particularly bullish about crushed rock materials—like olivine for example.

When spread on farm fields, he says, this green volcanic rock can sequester up to its own weight in carbon. He would like to see farmers compensated to spread olivine or other carbon-sequestering materials on their fields.

“Instead of a few 100 megatons a year in the U.S. (in soil-based sequestration), it could be a lot faster,” he says. “When you do the math, it’s just a giant number. And it would be a substantial payment to farmers.” 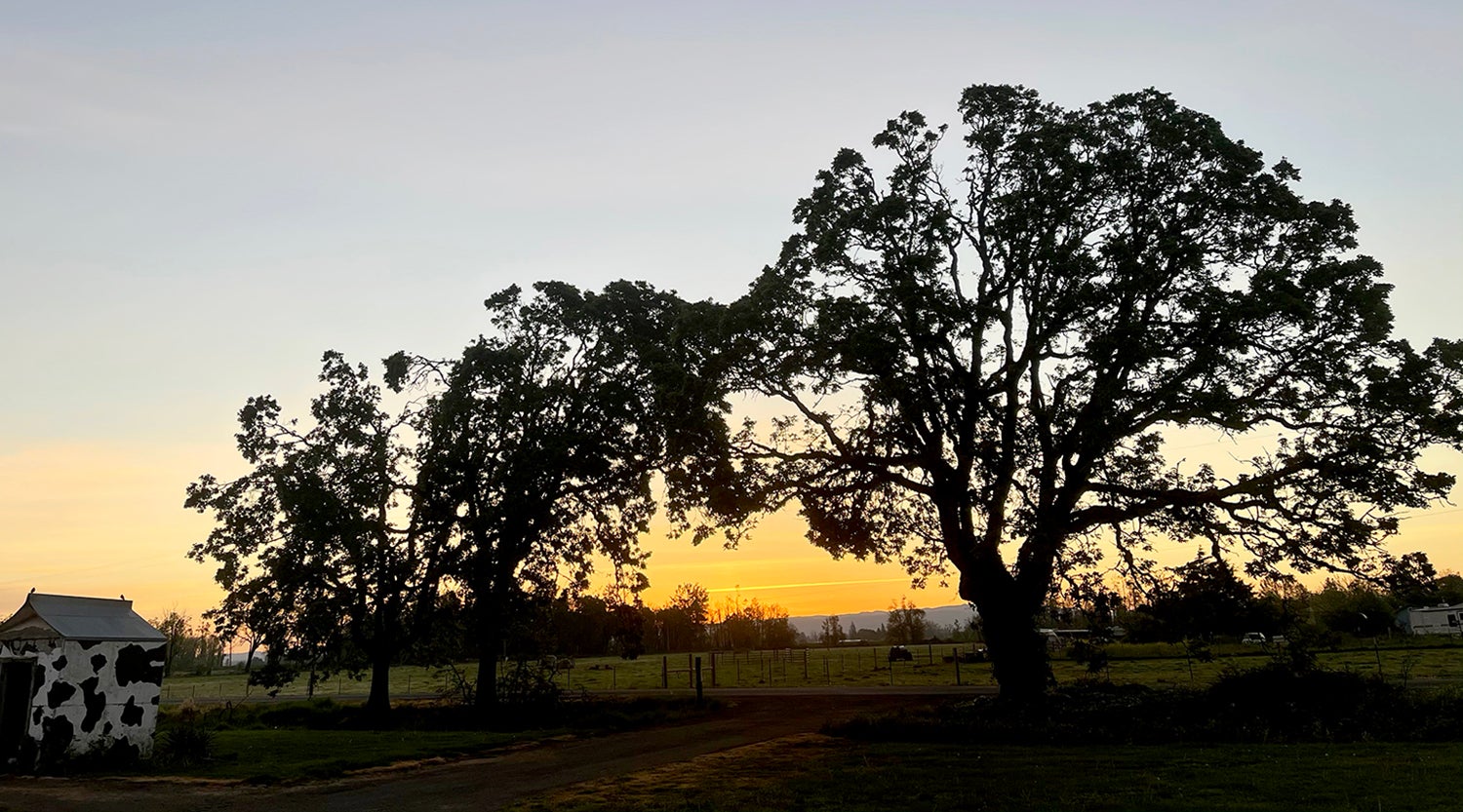 Strategies like this combined with soil-based carbon sequestration solutions already employed on some U.S. farms and in forestry production, he adds, would go a “long way toward achieving net-zero.”

Pacala recently chaired the first of two reports published by the National Academies of Sciences, Engineering and Medicine mapping out decarbonization policies for U.S. legislators. The Biden administration announced a plan on Earth Day to reduce U.S. emissions by up to 52 percent by 2030 as part of the ultimate goal to reach net-zero by 2050. Exactly how the U.S. will reach those goals are still being debated.

The U.S. is the number two climate change culprit worldwide after China, according to the U.S. Environmental Protection Agency (EPA), contributing 15% of the planet’s annual greenhouse gas emissions.

Greenhouse gases have already warmed the planet by 1 degree since pre-industrial times, according to the Intergovernmental Panel on Climate Change (IPCC). The group warns that global temperatures will climb even higher, triggering cataclysmic weather extremes, unless aggressive worldwide policies can be met to reduce and offset emissions.

But in the U.S. the farm and forestry sectors have the luxury of a large, non-urban land base that are well-situated to advance nature-based negative emissions technology that Pacala says would more than offset agriculture’s contribution to climate change.

Only three percent of U.S. land is considered urban, according to the University of Michigan’s Center for Sustainable Systems. The rest comprises crop and pasture lands, forests and open spaces—all suitable for various carbon sequestering practices, such as extending the lifetime of a forest before harvesting, no-till crop production, cover cropping or pasture-based livestock grazing.

He adds that nature-based sequestration plus mitigation efforts, such as methane-reducing feed additives for cattle and plugging methane leaks in oil and gas wells would be enough to offset all non-CO2 emissions created from methane, nitrous oxide and fluorinated gases. 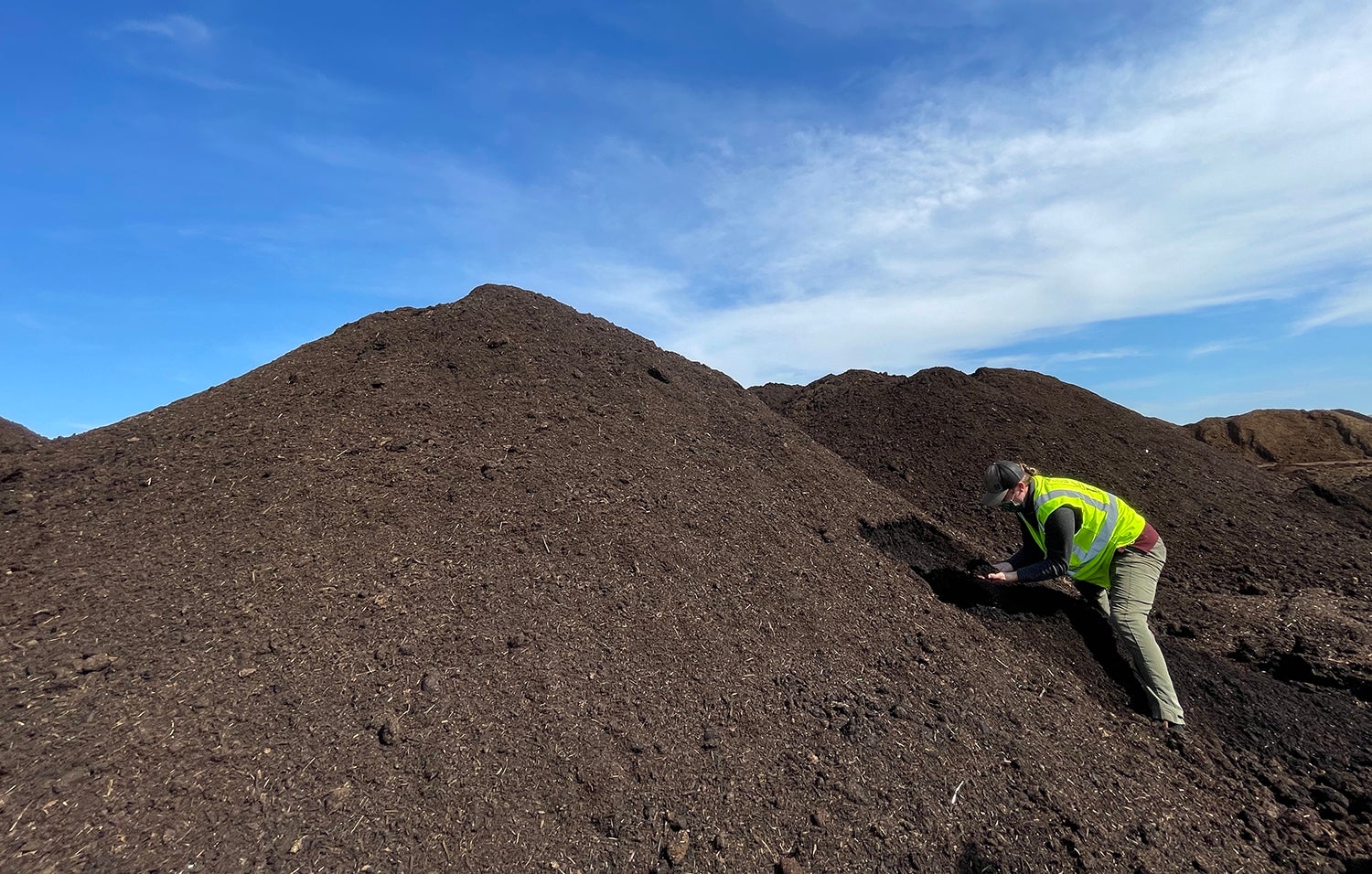 The first report Pacala chaired, published in February 2021, looked at decarbonizing the U.S. energy sector and creating a pathway to replace fossil fuels with renewable energy.

Slated for release in about a year, the second report will focus on agriculture, forestry and nature-based solutions in mitigating and negative emissions solutions and will include more details on new methods for soil-based sequestration.

There are many exciting technologies with the potential to significantly increase how much carbon agricultural lands could sequester and contribute to carbon credit trade programs for farmers, Pacala says. 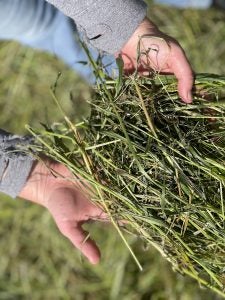 Olivine is being trialed in preparation for spreading on coastal beaches by startup company Project Vesta. But many other rocks work as well, Pacala says, including basalt — which is widely deposited in the Pacific Northwest — or brucite, found in brucite tailing piles left-over at British Columbia mines.

The process, known as ‘rock weathering,’ involves crushing up carbon-sequestering basalt or other silicate material and spreading it on soils. These rocks slowly dissolve and react with CO2 to sequester carbon.

Pacala says the process for mining and grinding up these materials is inexpensive and farmers could spread them on their fields similar to an annual lime application.

Another possibility, Pacala says, is planting croplands into permanent grass crops, like miscanthus or even switchgrass native to the Great Plains. He says miscanthus, which has a 20-year-lifespan, can sequester up to 20 tons of carbon per hectare plus produce 50 tons of biomass annually.

That biomass can then be used to create biofuels, replacing carbon-belching fossil fuels. According to a 2018 Agricultural Marketing Resource Center report, biofuels from miscanthus is seen by many as “an ideal plant for producing fuel ethanol at a lower cost than corn.”

Still, while nature-based negative emissions technologies hold vast potential for reversing the effects of climate change, Pacala says none of it will matter if we can’t reach net zero in other greenhouse-gas emitting sectors, including transportation and heating.

“We’ve got to eliminate the CO2 emissions from industry, transportation, electricity and home heating,” he adds. “And we’ve got to mitigate the non-CO2 greenhouse gases, including agricultural methane.”

And then, he concludes, we need carbon sinks to offset what’s left.

:: All images via The Daily Churn