New bill would give dairy workers a path to legal status

The bipartisan bill is the first major agricultural legislation to be introduced since 1986.

Jose Ortega* from Guadalajara, Mexico hasn’t seen his older brother in 18 years. Although he is married to an American citizen, owns a home (in his wife’s name), manages a successful Pacific Northwest dairy and pays taxes, because he is living here illegally, the 37-year-old is unable to leave the country.

The first major agricultural legislation introduced since 1986, according to Rep. Dan Newhouse, the Farm Workforce Modernization Act would give agricultural workers living in the country illegally an opportunity “to get right with the law” by providing five-year renewable visas to Certified Agricultural Workers (CAW) — and a path to citizenship.

While the option would exist to apply first for residency and then citizenship in a process that could take up to 20 years, according to Newhouse, those who choose to retain their CAW status will be free to cross borders without fear of reprisal as long as they continue to renew their visas every five years.

“The men and women who work America’s farms feed the nation,” Rep. Lofgren said in a release. “But, farmworkers across the country are living and working with uncertainty and fear, contributing to the destabilization of farms across the nation.”

“Our bill offers stability for American farms by providing a path to legal status for farmworkers,” she added. “In addition, the Farm Workforce Modernization Act addresses the nation’s future labor needs by modernizing an outdated system for temporary workers, while ensuring fair wages and workplace conditions.” 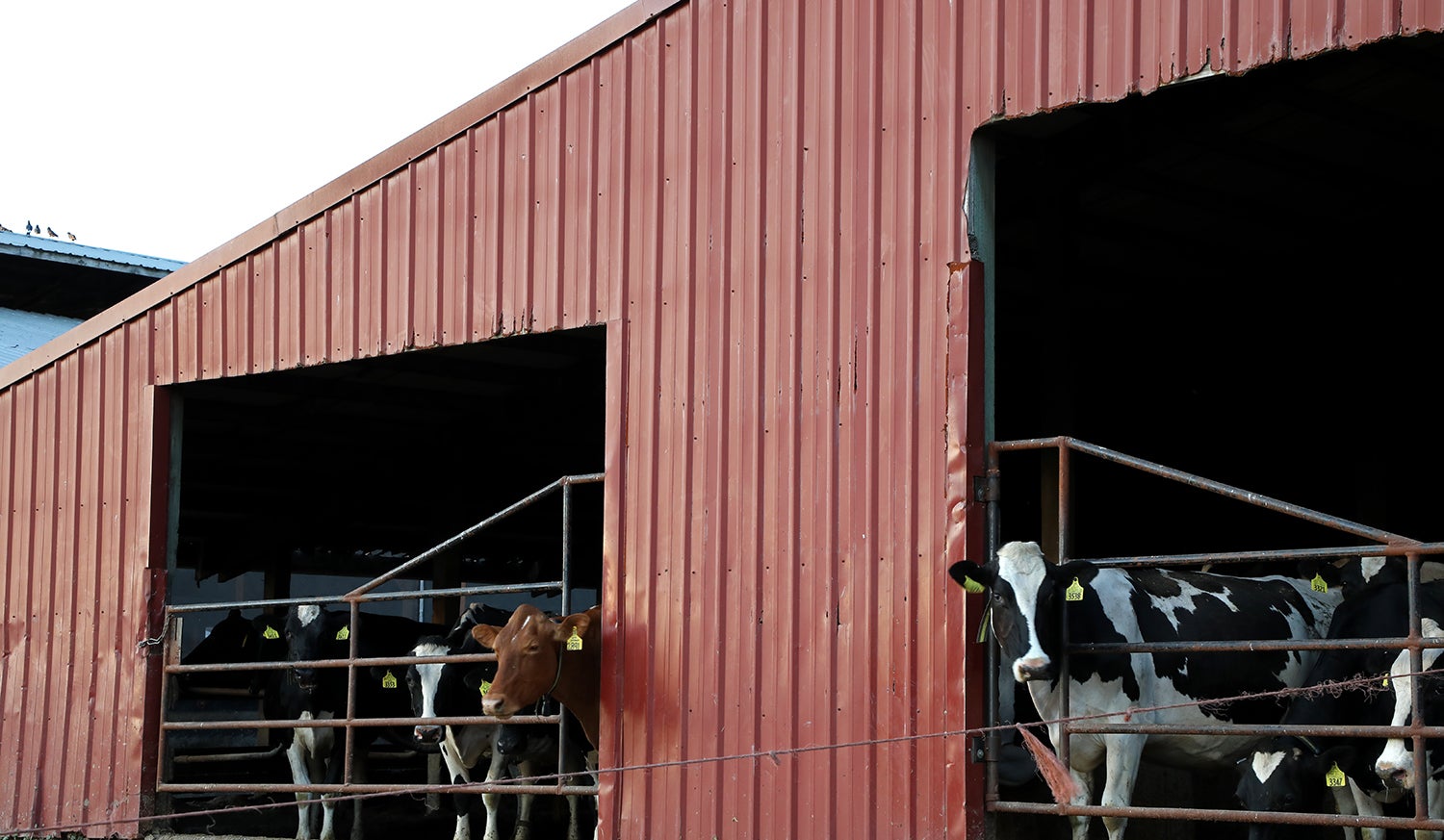 If passed, the bill would patch up flaws in the existing H-2A program that provides short-term visas to nonimmigrant seasonal agricultural workers. In addition to streamlining the process of accessing foreign labor when none can be sourced domestically, it would allow year-round agricultural businesses to source workers as well.

The existing H-2A program currently excludes dairy farmers from hiring foreign labor because the work is not seasonal. The Pew Research Center estimates that around 11.3 million people are currently unauthorized to live in the U.S.

Christopher Green*, who owns the farm where Ortega has been working for the past 16 years, says he would have to expand his workforce by up to 50 percent if he had to operate only with local workers — and way more management.

“I hired a crew of high schoolers this summer,” he says. “It’s a joke… We don’t have a workforce here.”

Besides, “he’s one of my best friends,” Green says of Ortega.

Elsewhere in the Pacific Northwest, in a remote region where scant domestic labor is available, dairy workers from Peru entered the country as shepherds under the H-2A program — and never left. They send money to their families and live an isolated life, far from their families and culture.

“The bipartisan Farm Workforce Modernization Act provides an important starting point for badly needed improvements to agriculture immigration policy,” he adds. “We urge the Senate to work with us on this important issue so we can get an ag worker bill across the finish line in this Congress.

Getting this far wasn’t easy.

Reaching across the aisle

Newhouse described in a call how a group of Democratic and Republican lawmakers worked for months with representatives across the agricultural industry, including the United Farm Workers, to draft legislation that satisfies everyone’s concerns. Each side, he says, was forced to make compromises.

One such compromise includes a one-year freeze on wage increases from 2019 levels and a cap of 3.25 percent growth. The new law would also allow for wage decreases of up to 1.5 percent to lend greater predictability to the agriculture industry, says Newhouse. 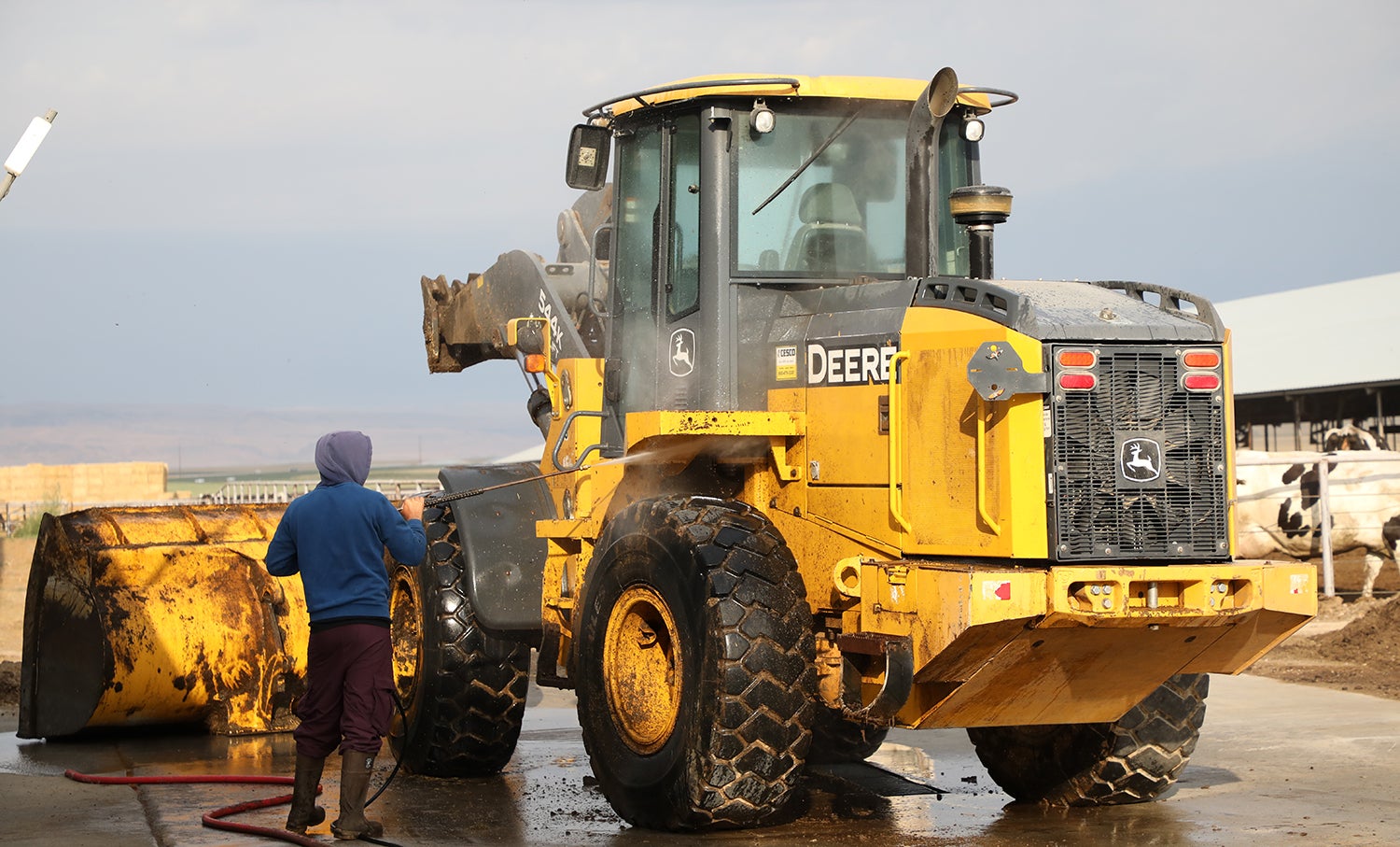 Workers could eventually become U.S. citizens, although Rep. Newhouse says that could take up to 20 years.

“That must have been hard for people representing farm workers to accept,” he adds.

Arturo S. Rodriguez, President of the United Farm Workers applauded the bipartisan legislation during a speech at the press conference on Wednesday, assuring the audience it would bring stability not only to the agricultural industry, but also to agricultural workers and their families.

“No longer will children worry whether their moms and dads are coming home from work,” he said.

Still, Newhouse acknowledges that stumbling blocks remain given the plethora of activity in Washington at present. While he and Lofgren are confident the bill will get a hearing by the end of the year, he wasn’t able to make any guarantees. The Senate is reportedly anxiously awaiting their chance to examine the proposed legislation.

It is uncertain whether the White House, which we could not reach for comment, would support the Farm Workforce Modernization Act — although under Title III of the bill, it would be mandatory for the agriculture sector to use E-Verify to ensure workers are in fact working in the country legally.

A phased-in approach to implementation would reportedly protect agricultural employers from retribution while new systems are put into place, but Green remains skeptical.

“We have to make sure it’s buttoned up, the whole E-Verify stuff,” he says. “There’s big mistrust of government with all the politics going on. There would have to be a high level of trust for these guys to trust their names, their story with the American government.”

As for Ortega, whose four children are American citizens, he welcomes the chance to gain legal status after failing twice to do so through regular channels.

*The identities of these sources have been withheld to protect against reprisal.