Konyn Dairy is smaXtec’s first commercial customer from the U.S.

James Konyn pulled out a giant pill gun, installed a smooth round sensor about the length of a smartphone, and popped the whole thing into a young cow’s mouth. She struggled — similar to the way a cat or dog swallows its pills — but those 15-20 seconds of discomfort can dramatically improve the quality of her life.

Designed by an Austrian company called smaXtec, the bolus settles into the reticulum, one of four compartments in a ruminant animal’s stomach.

Closely linked to the rumen (together they are often referred to as the reticula-rumen and have a combined volume of over 50 gallons), the reticulum is a kind of repository for all the strange things a cow eats — from nails to cell phones and now high-tech sensors.

From inside the reticulum, the sensor immediately sends data to the cloud, including temperature readings and activity levels. This allows Konyn, one of the owners of Konyn Dairy in Coburg, Oregon — a member of the Northwest Dairy Association — to monitor the cow’s health in real time.

While other dairy farmers have their own tactics for monitoring cow health, Konyn says the bolus has drastically improved the overall health of his 1500-cow herd — mostly because they’re able to catch a potentially sick cow a lot sooner than they would otherwise.

When a cow’s temperature suddenly goes up and she stops moving as much as normal, Konyn knows something’s wrong. At that point, he’ll move the cow to a chute, where he will examine and treat her.

As a result of this fast-acting treatment, smaXtec CEO and co-founder Stefan Rosenkranz says his customers have been able reduce their antibiotic use by up to 30 percent. While no cow who is treated with antibiotics contributes to the general milk pool, there are a number of reasons it makes sense to use antibiotics as a last resort — including fiscal.

Dr. Johann Gasteiner, Deputy Director and Head of Research and Innovation at the Federal Agricultural Research and Education Centre Raumberg-Gumpenstein (AREC) in Austria, who helped with the development of the product and assures that it is not dangerous for the animals, says the bolus is the only system that provides data from inside the animals.

“Due to the continuous measurement of important parameters like temperature and activity, linked diseases are detected and could be treated at a very early stage,” he says. “Thus the animals suffer much less and recover much quicker and in general, losses can be reduced.”

Dr. Gasteiner adds that the bolus can be helpful during calving as well.

“When receiving a calving alert, farmers are able to take all necessary precautions for the immanent calving,” he says. “This is making calving less problematic and maybe it is saving the calf and cow’s life.”

That the technology can’t currently be recycled is one potential downside, albeit one that Rosenkranz is working to fix. Eventually, he says he’d like to be able to recycle each of the constituent parts, like a cell phone. That’s a job that might fall on the butcher, whose job it is to empty the contents of each cow’s voluminous stomach.

Learn more about the bolus in the video above. We’ve included the transcript below. 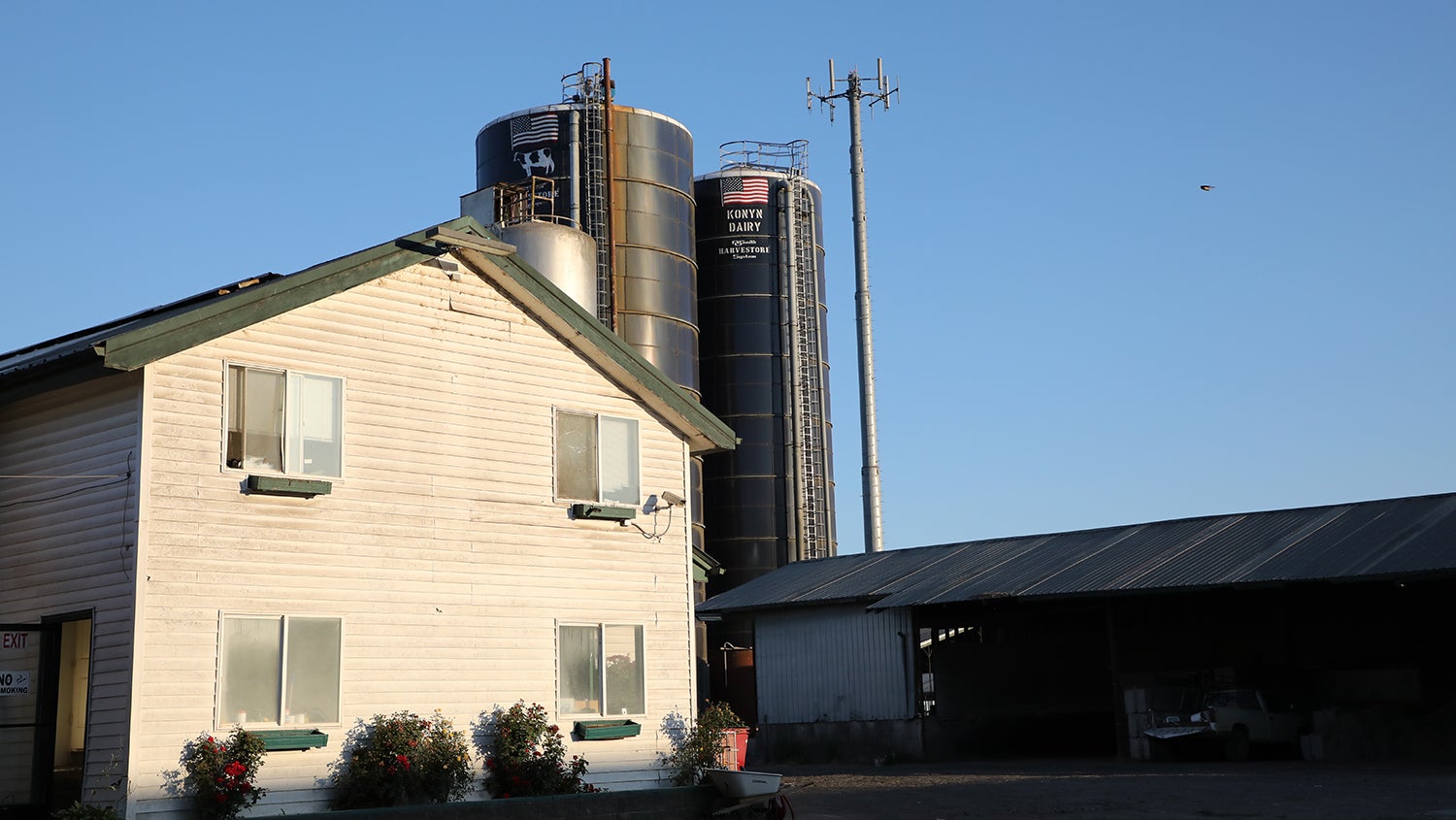 Konyn Dairy is the first in the U.S. to commercially implement the bolus system.

My name is James Konyn.

And I am the owner of Konyn Dairy.

We are in Coburg, Oregon.

We have always wanted a system where I could check the temperature of the cows. That was always the biggest indicator of the health of the cows — if their temperature went up or down.

We just looked up some systems that could give me a constant accurate temperature [reading] of the cows and that’s when we saw online, we saw advertisements for smaXtec boluses.

We got the boluses put in our cows February of 2018.

Right now, about 95% of our cows have boluses.

And the bolus gets put in our heifers when they freshen at two-years-old, and it right away monitors their activity. It monitors their temperature, how much water they drink, and if they’re … if they come in heat or not.

I’m the CEO and co-founder of smaXtec.

smaXtec is an Austrian-based company.

We have mainly these pillars: the pillar of I would say reproduction, the pillar — health is one of our major pillars.

When you detect diseases or possible diseases at a quite early stage, you are able to react as early.

So you have a much more sustainable production because the longer the cow is on the farm, the better it is for everything.

Because it’s much more sustainable if you have more lactations.

One of their four stomachs gets filled with air, and so then you have to operate on the cow.

Since we put the bolus in, this year, we’ve had one cow who had a DA.

The Konyns were the first commercial customer from the U.S.

When you’re a farmer and you decide to buy a solution, which — for an investment, [there] needs to be a return [on] investment.

So, I would say depending on the farm size, typically we see a return on investment between half [a year] to a year.

There are different aspects where the farmer can improve the balance sheet, but… all-in-all, I would say there’s definitely a huge return on investment in comparison with [inaudible] what they’re doing.