There’s money in manure these days.

The contest — hosted by The Yield Lab Institute, a global AgTech think tank and offshoot of The Yield Lab, a global accelerator supporting early-stage agricultural companies — was designed to discover, expedite and scale economically and environmentally-superior waste management practices.

Owner of Detroit-based Digested Organics and armed with a PhD in chemical engineering from the University of Michigan, Levine says his two-step filtration solution “transforms manure” into its reusable, planet-friendly parts, including concentrated fertilizers, waste appropriate for biogas digesters and even clean, safe water.

Digested Organics recommends using the permeate for irrigation because it won’t clog nozzles and contains no pathogens.

Meanwhile, the concentrate collected in the tubes produces a thick, sludge-like material that Levine says can be used as an organic fertilizer suitable for land application, composting or recycling to bio-digesters.

Their second step is a”two-step reverse osmosis” technique that pulls the water out of the “tea water” solution produced in the first filtration round, according to Levine. This creates two more products: a second fertilizer rich in ammonia, nitrogen and potassium, and clean, drinking-quality water.

The water can be discharged safely into nearby watersheds or reused for cow drinking water, says Levine. Or, he adds, stop by the company’s demonstration farm in Wisconsin and “take a sip.” But those aren’t the only benefits. 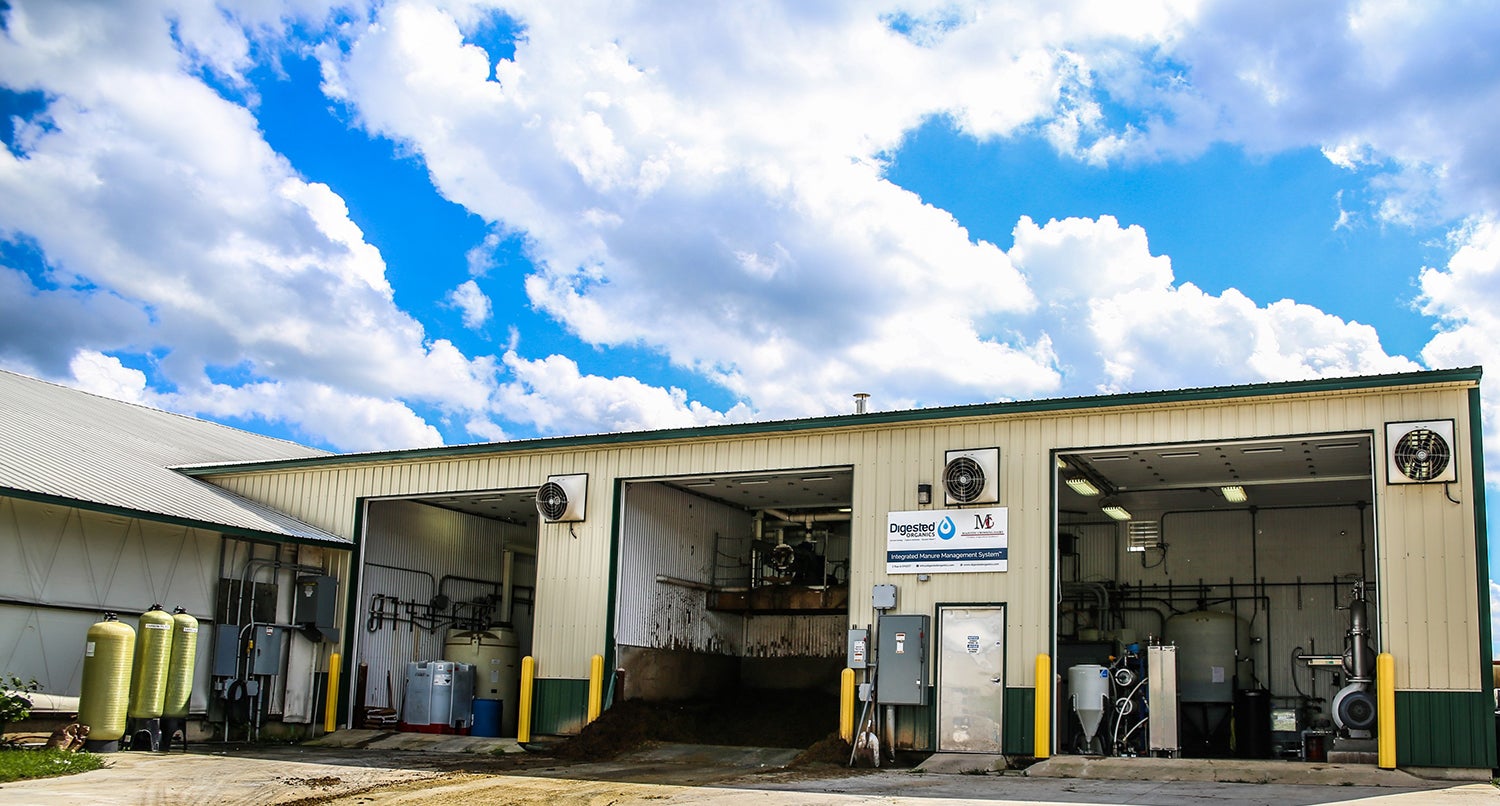 Digesters that turn manure and other waste into biogas are prohibitively expensive for smaller dairies; Levine argues his filtration-first strategy helps resolve that issue, resulting in even more manure in one place.

“We’re just concentrating it and giving it back to them in a way that is cost-effective for them to use,” he says. And dairy farmers can certainly use all the help they can get.

A single, mature lactating cow produces around 80 pounds of manure per day, according to the USDA’s Natural Resources Conservation Service Animal Manure Management brief. With an estimated 9.3 million dairy cows in the U.S. in 2019, that’s roughly 746 million gallons a day.

Chryseis Modderman, a member of the Manure Nutrient Management team at the University of Minnesota Extension office, says it can be hard to keep up with manure management.

“With dairy farmers milking two times a day,” she says, “manure can be an afterthought.”

Traditionally, dairy farmers contain manure in a lagoon before spreading it on nearby fields, Modderman says. That has many positive soil-building benefits, according to the USDA’s Livestock and Poultry Environmental Learning Community, including improving soil structure, decreasing erosion and crop stress, and increasing nutrient retention and water infiltration.

But too much of a good thing can also be an issue. Some dairy farmers don’t have enough land to safely spread their manure, Modderman says. Or they struggle with inadequate lagoon-holding capacities that threaten to spill over, especially during rainy weather.

Over-applying manure on farmlands can cause excessive fertilizers and salt build-up, according to the USDA, reducing soil health and leading to water pollution and pathogen contamination.

It is this issue Levine sought to resolve: reducing the volume of manure in new and creative ways, making it easier to manage. But not everyone is on board.

There can be a “yuck factor” when it comes to using the filtered water, Levine has observed.

Some dairy farmers have found their milk buyers support the sustainability of watering their cows with filtered manure water. Others do not.

“There is still some pushback from that perspective,” Levine says. But he notes the idea is more widely accepted in some regions of the country than others. California for example has embraced state-wide policies encouraging the reuse of wastewater for irrigation and even potable drinking water.

When it comes to costs, dairies see savings immediately in their manure management hauling, spreading savings, and water reuse if applicable, he adds. “Manure is a good fertilizer, but it is dilute. That’s its core weakness,” he says. “It’s very watery.” That makes it heavy and expensive to transport. 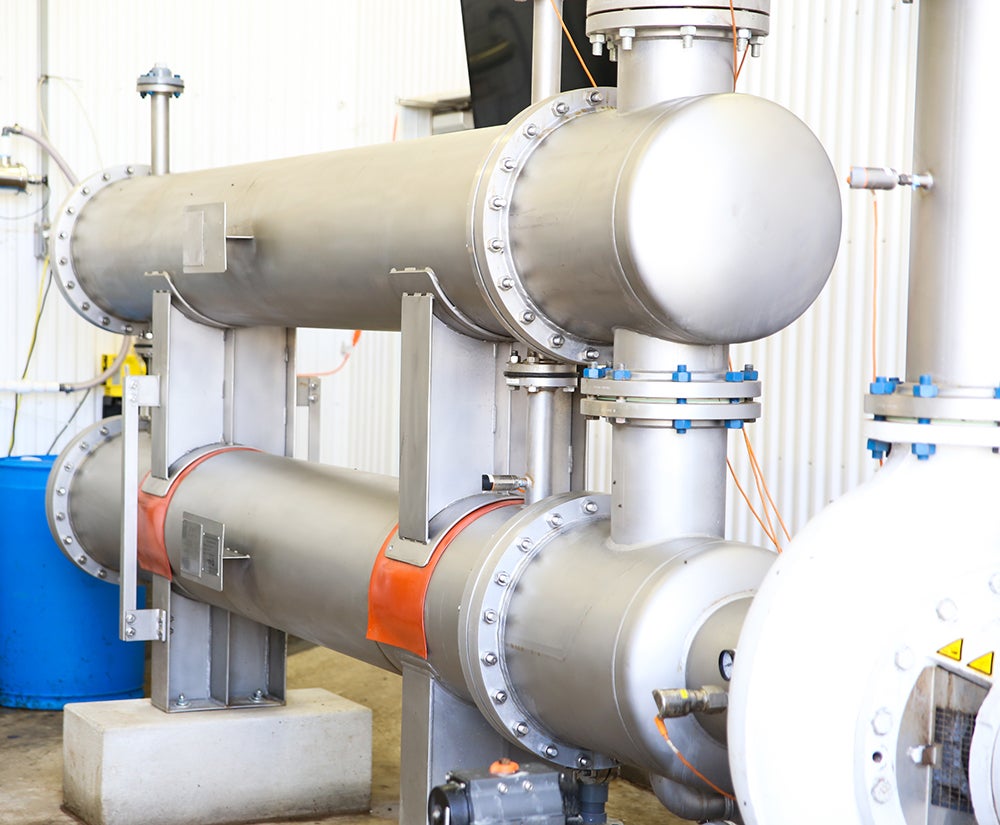 Levine cautions that it’s hard to quantify costs because each system is so interchangeable for a farmer’s needs. Ultra-filtering a liquid waste tends to cost around a half a cent a gallon and filtering to clean water costs around a cent and a half per gallon.

He says if a farmer is currently spending about three cents a gallon to transport and spread manure, a water filtration system can easily fit into their budget.

But it is what Levine calls “ancillary benefits” that farmers are most interested in — like reduced run-off, fewer odors when spreading, better crop yields and less soil impaction.

The filtration system also offers other potential revenue streams, he adds, like selling the concentrated sludge to neighboring farms, diverting it to biogas digesters or using it in a commercial composting operation. In Vermont, Digested Organics is working on a filtration system that will be used in conjunction with a composting facility.

Finding new ways to manage old challenges on the farm is part of what made the Manure Challenge so exciting, says Brandon Day, COO of The Yield Lab Institute.

“We’re trying to convert what you and I would think of as traditional waste products, create new revenue streams and a more circular economy for the farm.”