How cows can help dissolve the plastic waste problem

Austrian researchers say one gram of enzymes produced in a cow’s rumen can break down up to a ton of plastic waste (considering multiple variables.)

The researchers from University of Natural Resources and Life Sciences (BOKU) in Vienna, the Austrian Center of Industrial Biotechnology and the University of Innsbruck wrote in a study published on Frontiers in Bioengineering and Biotechnology that the microbial community in alpine cows’ rumens provide a “biological toolbox for the degradation of synthetic polyesters.”

They examined the enzyme’s effects on poly(ethylene terephthalate) (PET), which is most often found in textiles and packaging, including single use plastic bottles, and two biopolyesters.

Professor Georg Güebitz, Head of the Department of Agrobiotechnology at BOKU told The Daily Churn that specific enzymes produce degradation quickly, without affecting other materials.

“That means that we can degrade the exact component we want to break down and leave the rest for recycling or reuse,” he says. “An example would be a plastic bottle with a paper label. We could break down the bottle without wrecking the paper, which could then be recycled for reuse.”

Finding innovative ways to break down plastic waste could help solve the challenge of managing the over 300 million tons of plastic produced each year.

The idea that cows can add to the solution is quite exciting to Professor Güebitz, who compares rumen to fungi.

“Think how long it takes for a tomato to mold or a tree to decompose,” he says. “Cows, on the other hand, can eat paper and by the next day, they have digested it. The rumen in their stomachs are quite fast in degrading polymers.” 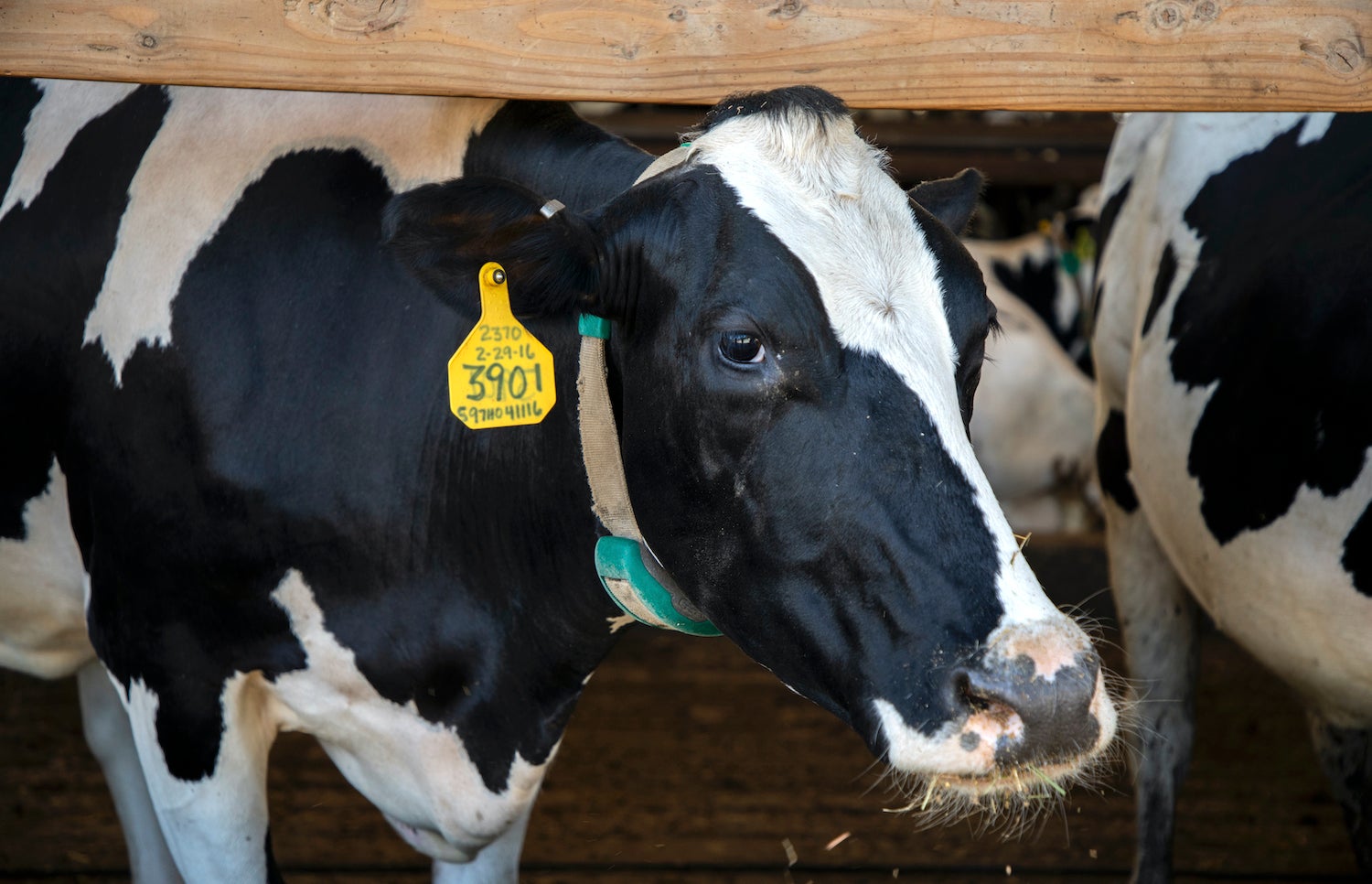 The production of virgin plastics has quadrupled in the past 40 years, write researchers Jiajia Zheng and Sangwon Suh. “If this trend were to continue, the GHG (greenhouse gas) emissions from plastics would reach 15 percent of the global carbon budget by 2050.

This and other factors prompted researchers like Güebitz and colleagues to accelerate potential solutions.

A large group of scientists whose research was published in the journal Science modeled stocks and flows of municipal solid waste and microplastics through the global plastic system between 2016 and 2040. They found that “implementing all feasible interventions reduced plastic pollution by 40% from 2016 rates and 78% relative to “business as usual” in 2040.”

Even with immediate and concerted action, their modeling showed that 710 million metric tons of plastic waste would still enter aquatic and terrestrial ecosystems. They recommend urgent “coordinated global action” to reduce consumption, increase reuse, recycling and waste collection — and accelerate innovation in the plastic value chain.

That is a huge challenge for governments around the world, especially given the International Energy Agency’s recent flagship report Net Zero by 2050 concludes that “The path to net-zero emissions is narrow.”

Crucially, according to the report, half of CO2 emissions reductions by 2050 will need to come from technologies that are currently in the demonstration phase.

“Major innovation efforts must take place this decade,” the researchers urge, “in order to bring these new technologies to market in time.” 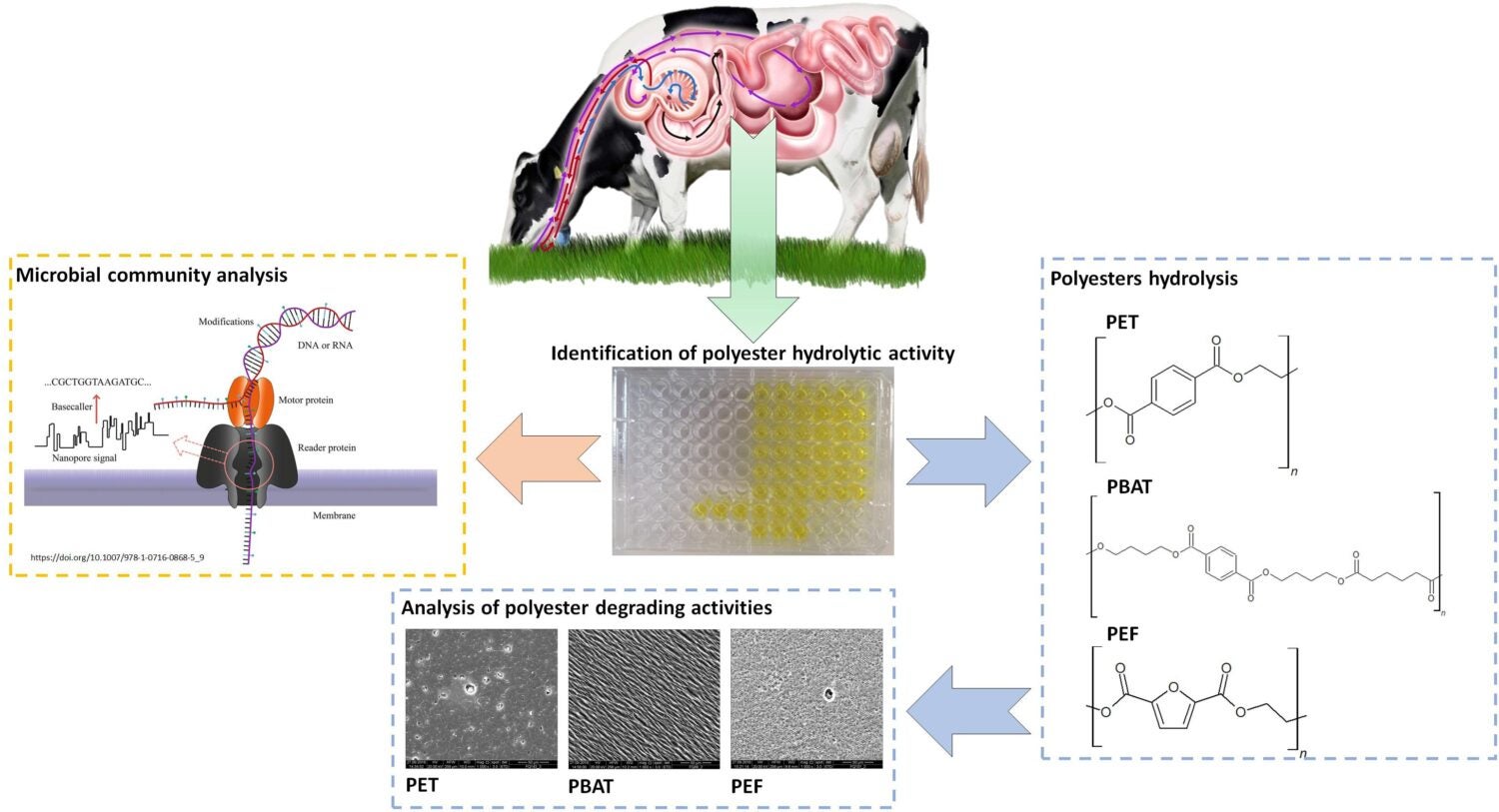 Which is why these recent findings about rumen could be so significant.

Not only is a rumen-based recycling process likely to be faster than other biologic systems currently in use, according to Güebitz, but what is produced by the new method of plastic degradation can be reused.

“Once the plastics are broken down by the enzymes,” he says, “we have the building blocks of the material and can reuse those blocks to create new polymers.”

So, not only could plastic from bottles be reused after this process, but the process produces very little waste.

Plus, adds Güebitz, the specificity of rumen enzymes makes it possible to work with large amounts of mixed waste in a way that reduces the time and cost of sorting processes. In other words, one could spray the enzymes on mountains of rubbish, or the trash could be buried in a liquid version of the recycling catalysts, and only the desired plastics would break down.

The enzymes from rumen are so powerful in fact, they are capable of breaking down disposable items made from compound materials, which are notoriously difficult to recycle.  So what does this mean for farmers?

How farmers can help

Professor Güebitz suggests that producers with small herds of cows may be able to harvest enzymes from the abattoir. What is now a waste product could instead become something that is both practically and financially valuable.

Larger meat-producing farms may be able to build an additional business component around the use of rumen enzymes, he continues. Even more ambitiously, collected food packaging could be broken down by an on-site enzymatic biodigester before it is recycled into new packaging.

And should the global mountain of plastic waste ever run out, Professor Güebitz says it would be possible to produce large quantities in a laboratory.

So, what would it take to make this powerful tool widely available? 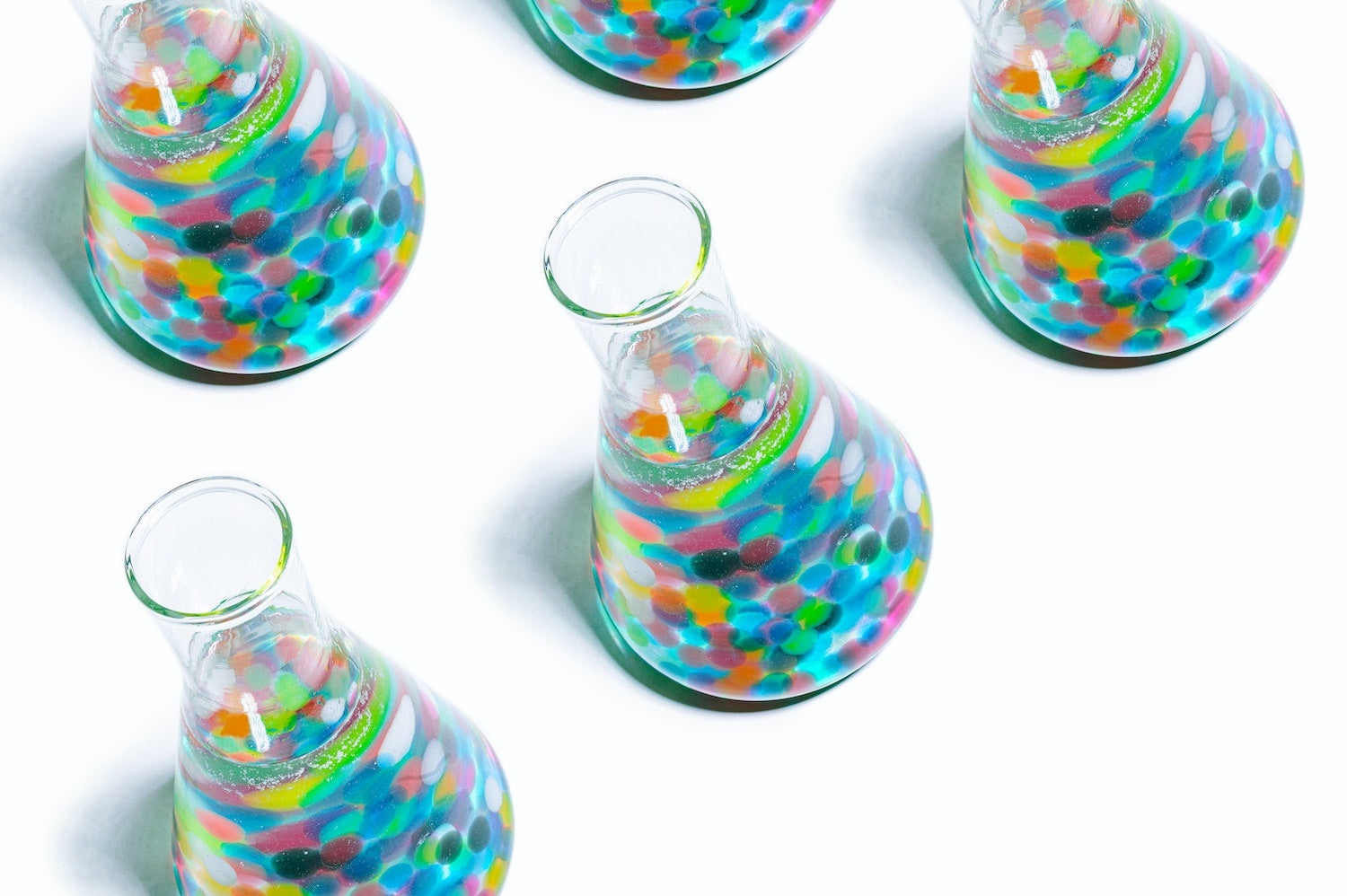 “Our next steps are to scale up this process and see how it works on an industrial level,” says Güebitz.

Further development of the use of the rumen enzymes could focus on less common, and frequently larger, items of plastic waste such as car seats, he adds, noting that specialized waste management companies will have to take on tasks like that.

But there is still work to be done.

As the scientists note in their journal article, different species of fungi have already been exploited at an industrial level. But enzymes from rumen “are generally under-explored for biotechnological applications” and “could have interesting properties for industrial applications.”

This combined with up-cycling food waste and helping to mitigate and sequester greenhouse gases demonstrate just a few environmental services cows can perform.

:: Graphic of rumen recycling via Frontiers of Bioengineering and Technology; image of colorful test tubes by Girl with red hat on Unsplash / all other images by The Daily Churn