When 32-year-old farmer Chris Prevatt entered his family’s cattle ranch into Indigo Ag’s nationwide “Carbon Cup” contest, he was hoping to be his state’s top winner.

Instead, he won it all, demonstrating that cows can be a useful tool in improving the environment.

The contest grew out of Indigo’s 10-year “Terraton Experiment,” an effort to explore the potential of farmland as a carbon sink to draw down greenhouse gases and mitigate the effects of climate change. The Boston-based agtech company is working to build out a soil carbon marketplace allowing businesses to offset their greenhouse emissions by paying U.S. farmers to sink climate-warming carbon in their soil. And now the idea that agriculture can be used as a tool to cool the climate has taken root at the highest levels of government.

U.S. Senate Committee on Agriculture, Nutrition, and Forestry took testimony on July 1 about a potential USDA-administered carbon credit certification program proposed under the Growing Climate Solutions Act. In the meantime, farmers like Prevatt are laying the groundwork.

The rancher’s 600-acre livestock farm stored more carbon than his much larger competitors, including a 1400-acre Minneapolis grain farm and a 900-acre corn, soy and grain farm in South Dakota. His soil organic matter holds 5.4 percent organic carbon, equaling 203 metric tons of carbon dioxide sequestered per acre, according to Indigo.  That is roughly equivalent, says Prevatt, to the greenhouse gases emitted by “855 flights from LAX to JFK.”

But all farms can implement soil-building practices, no matter where they are and at what level of soil health they start from, he adds. “Everybody can improve their sequestration.”

Can Farmlands be a carbon sink rather than a carbon problem?

The 2019  United Nations Intergovernmental Panel on Climate Change called for a 40 to 50 percent reduction in greenhouse gas over the next 10 years. Currently, farmlands worldwide “generate one-quarter of annual greenhouse gas (GHG) emissions,”  according to the World Resources Institute (WRI).  <

That’s why, says Hennek, farm practices like Prevatt’s that sequester carbon through soil-building practices are so important

“We’re not just talking about reducing emissions. We’re talking about drawdown and taking carbon out of the atmosphere and storing it in this massive sink.”

Prevatt has adopted regenerative agriculture techniques, a diverse method of practices farmers use to increase the organic matter in the soil.

Since about 54 percent of soil organic matter is stored in the form of stable carbon, the more organic matter they have, the more carbon farmers store, according to the  Australian-based Healthy Soils for Sustainable Soils initiative

But just how much carbon farms might sequester is a hotly debated topic. An August 2019 study published in Nature determined that while carbon sequestration can occur with soil building practices, how much stored may not be as promising at reducing greenhouse gases as initially thought. 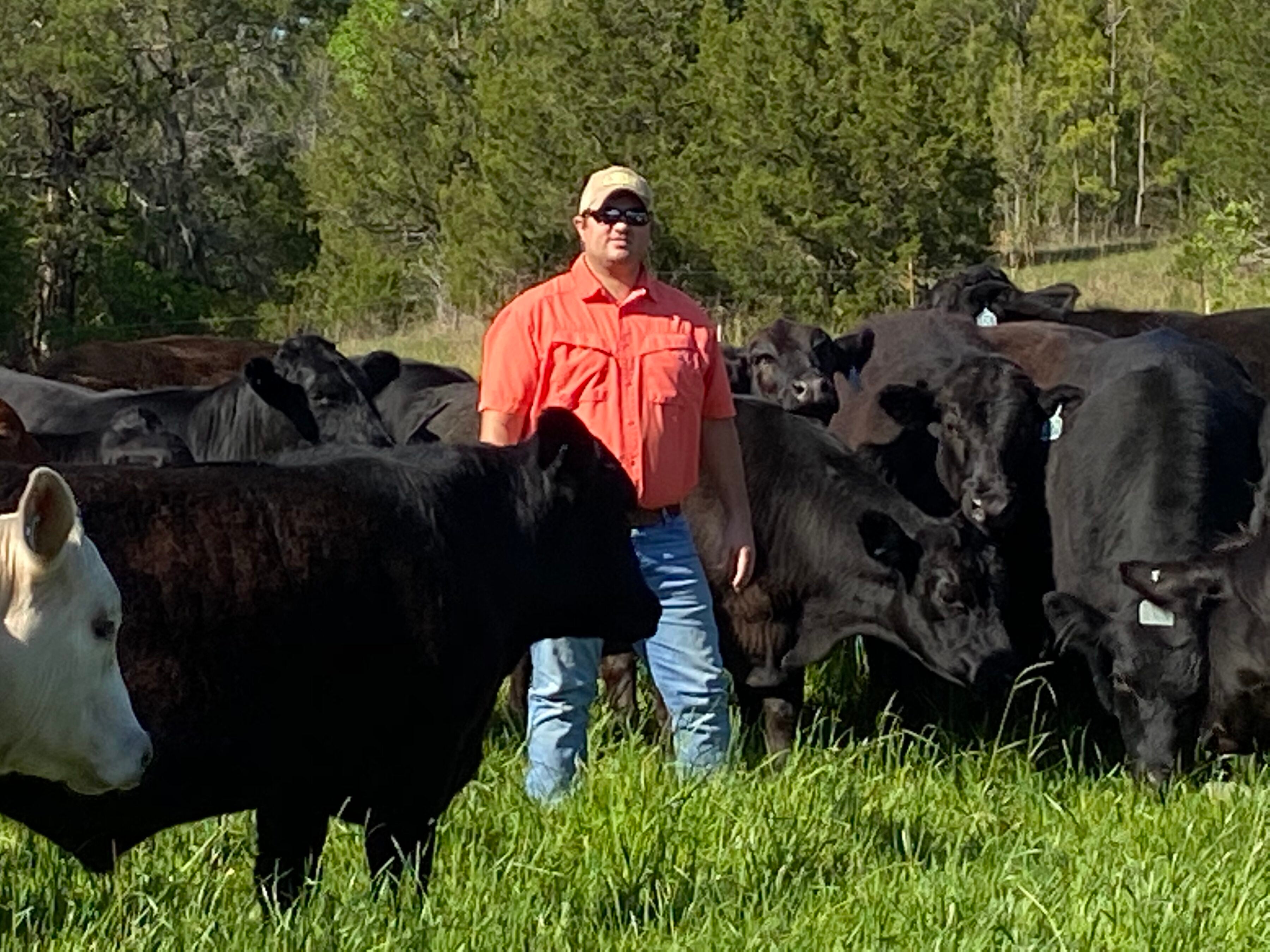 The Alabama farmer wanted to make his state proud, but was not at all expecting to beat out the competition with the best carbon content in his soil.

Indigo encourages farmers to implement practices such as reducing tillage, planting cover crops, maintaining living roots in the ground and keeping the soil covered with living or decomposing plants. In the case of livestock production, like Prevatt’s operation, grazing ruminants are moved quickly and densely through pastures.

Focusing on building soil organic matter has also allowed his farm to absorb heavy winter rains and offset hot, droughty summers by keeping his soil covered and cool. But he gets most excited about what regenerative agriculture has done for his cows.

“We can really see it in terms of animal behavior,” Prevatt says. “They just seem happier.” 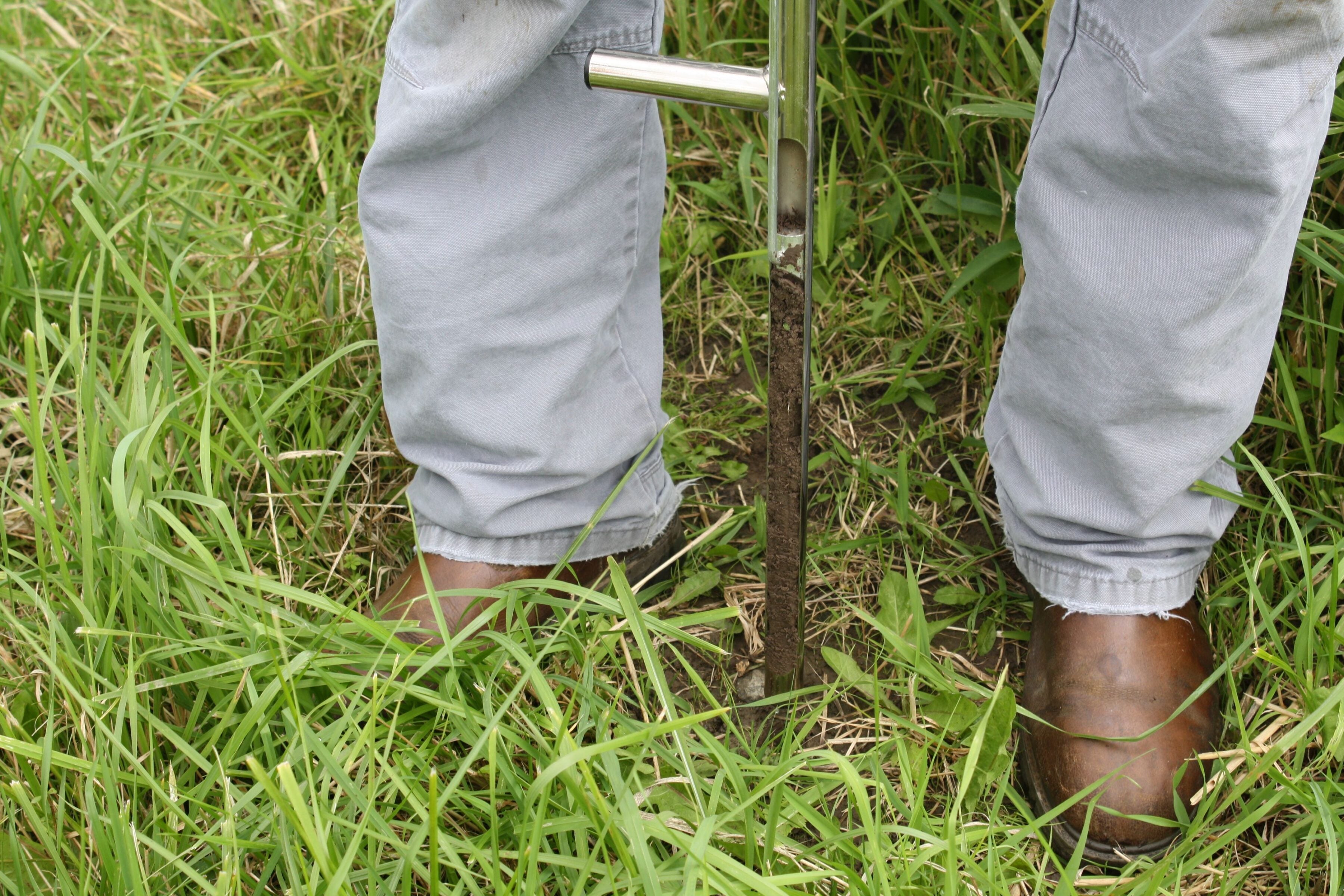 The Carbon Cup is designed to collect data and promote greater understanding about carbon sequestration in agricultural soil.

Any farm can increase carbon sequestration

Hennek says Prevatt’s impressive carbon sequestration efforts are an excellent example of farmers working within their particular conditions to optimize carbon-sinking potential. Indigo hopes to eventually pay them for it.

If Prevatt continues to increase his organic matter by one to two percent a year, he will remove another two to four tons of carbon dioxide annually. Under the carbon marketplace envisioned by Indigo, that would result in a payout of $30 to $60 per acre per year. Although Hennek is careful to point out that each farm’s potential is different.

But it’s not just how much greenhouse gases farms can sequester, but how much less they emit, says Hennek. For instance, a farm may burn less diesel to spread fertilizer after adopting soil-building practices because they simply don’t need it, reducing overall emissions and costs.

“Carbon sequestration is the side benefit,” he says.“If we can find financial incentives for growers to move along the path, we think that is beneficial.”

Indigo isn’t the only proponent of regenerative agriculture or carbon-building practices, although WRI encourages a shift in focus to other soil health benefits. In chapter 30 of their recent Creating a Sustainable Food Future report, WRI concludes that the science surrounding how much carbon can be sequestered is questionable.

Prevatt, meanwhile, is sold on the positive benefits of regenerative grazing and soil building practices — whether or not Indigo or another group pays to offset their carbon emissions.

“This is how we farm. If they can pay us for the way we farm, that’s great. But I’m still going to do it anyway.”