BioFiltro has pioneered a natural wastewater treatment system that harnesses the intelligence of worms to clean effluent.

The system is capable of naturally removing up to 99% of contaminants in four hours, according to the Chilean company. With 170 plants worldwide, they are helping six different industries manage their waste in a more sustainable way — including wineries and dairies.

In Washington state, dairy is the second leading commodity behind apples, valued at $1.2 billion. But farmers face a number of challenges. State senator Jim Honeyford says many farms are “going out” because of “environmental pressures and lawsuits.” That’s why he carved out budget to explore projects that reduce the environmental impacts and costs associated with manure management, specifically, and demonstrate that dairies can coexist with local communities.

Among other things, the projects had to be economically feasible and scalable for dairies of all sizes. 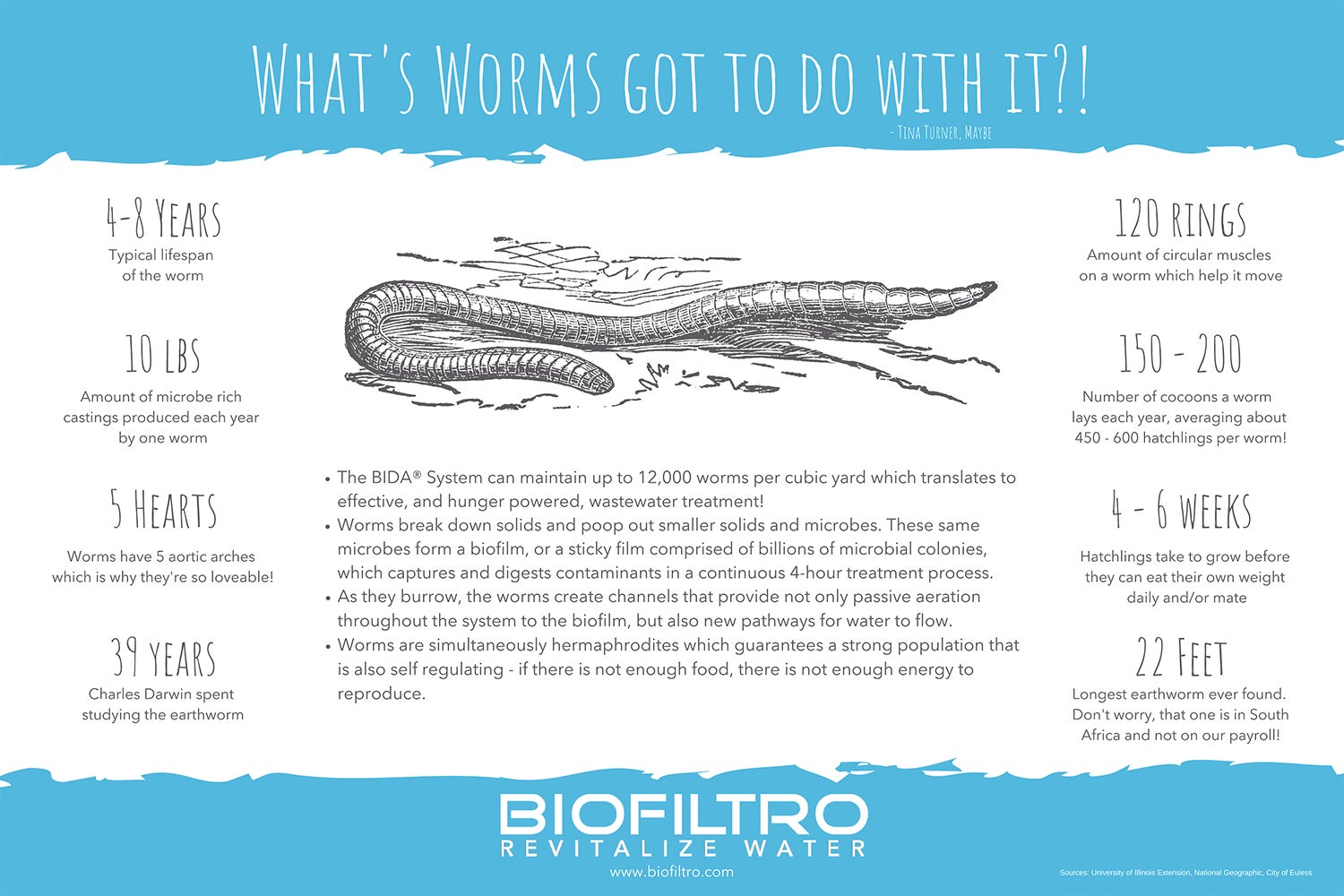 Worms are considered a keystone species given their extreme benefit to nature.

To that end, the Washington State Conservation Commission (WSCC) in 2018 awarded a total of $3,880,000 to five grantees, including Organix Inc., which received $762,000 to install and operate a BioFiltro wastewater treatment system on J&K Dairy in Sunnyside, Wash. While the project faced some early challenges, the Walla Walla-based company ultimately installed a containerized M1 unit that treats 250 gallons of wastewater daily.

Whereas the BioFiltro unit installed on Royal Dairy treats water after it’s been in the lagoon, the smaller system on J&K Dairy treats water before it hits the lagoon. This has several benefits, according to Russ Davis, president of Organix Inc. Chiefly? Mitigating the production of methane.

In their final WSCC report, Organix says the BioFiltro unit uses zero chemicals and creates as a byproduct both a cleaner irrigation water and worm castings, “a natural, nutritious, and highly desirable fertilizer.”

They describe their system as a larger, more sophisticated version of an aerated worm bin that reduces nitrogen and phosphorus from the liquid stream of manure.

“The resulting cleaned water or vermifiltrate is odorless and transparent (mostly void of particulates) and contains far less solids and nutrients,” according to the WSCC report. “It can be recycled to clean alleys on flush dairies or be used for irrigating crops on the farm without threatening ground and surface waters while effectively limiting odor nuisances and complaints.”

Take a look at the video above to learn more.
5 2 votes
Article Rating