A top university-affiliated think tank has a plan to incentivize and compensate landowners who optimize carbon dioxide storage in soil.

The Baker Institute’s Soil Carbon Working Group, which unrolled their BCarbon plan on Nov. 2, 2020, strategically connects carbon buyers to landowners who use strategies like conservation tillage, cover crops or managed intensive grazing to boost carbon sequestration in their soil.

But landowners — especially dairy farmers who improve soil health and forage production to decrease greenhouse gas emissions — are capable of removing as much as roughly one-sixth of that pollution.

Currently, there is no carbon storage standard that’s beneficial and accessible to landowners, according to Jim Blackburn, environmental law professor and researcher leading the BCarbon project.

Most standards that follow the principles set out in the Clean Development Mechanism of the Kyoto Protocol of 1997 — such as those developed by Verra, the American Carbon Registry or the Climate Action Reserve, are prohibitively complicated, he says, and verifying eligibility for participation is costly. Which is why, he adds, the Baker Institute sought to build a better model for U.S. ranchers and farmers.

“There just wasn’t a good model out there that worked for landowners and for buyers to have any comfort in,” Blackburn told The Daily Churn.

During the course of the project, Blackburn and his team came up with a set of guiding principles to issue credits and determine eligibility. A non-government entity, likely to be based in Houston-Texas where BCarbon was developed, would be required to verify and certify credits according to these principles.

Among the key concepts?

Carbon sequestration is treated as a carbon capture and removal concept rather than an offset. While landowners manage their property at their own discretion, they must agree it will be managed and protected to promote and protect soil, landscape and ecological health for at least 10 years. 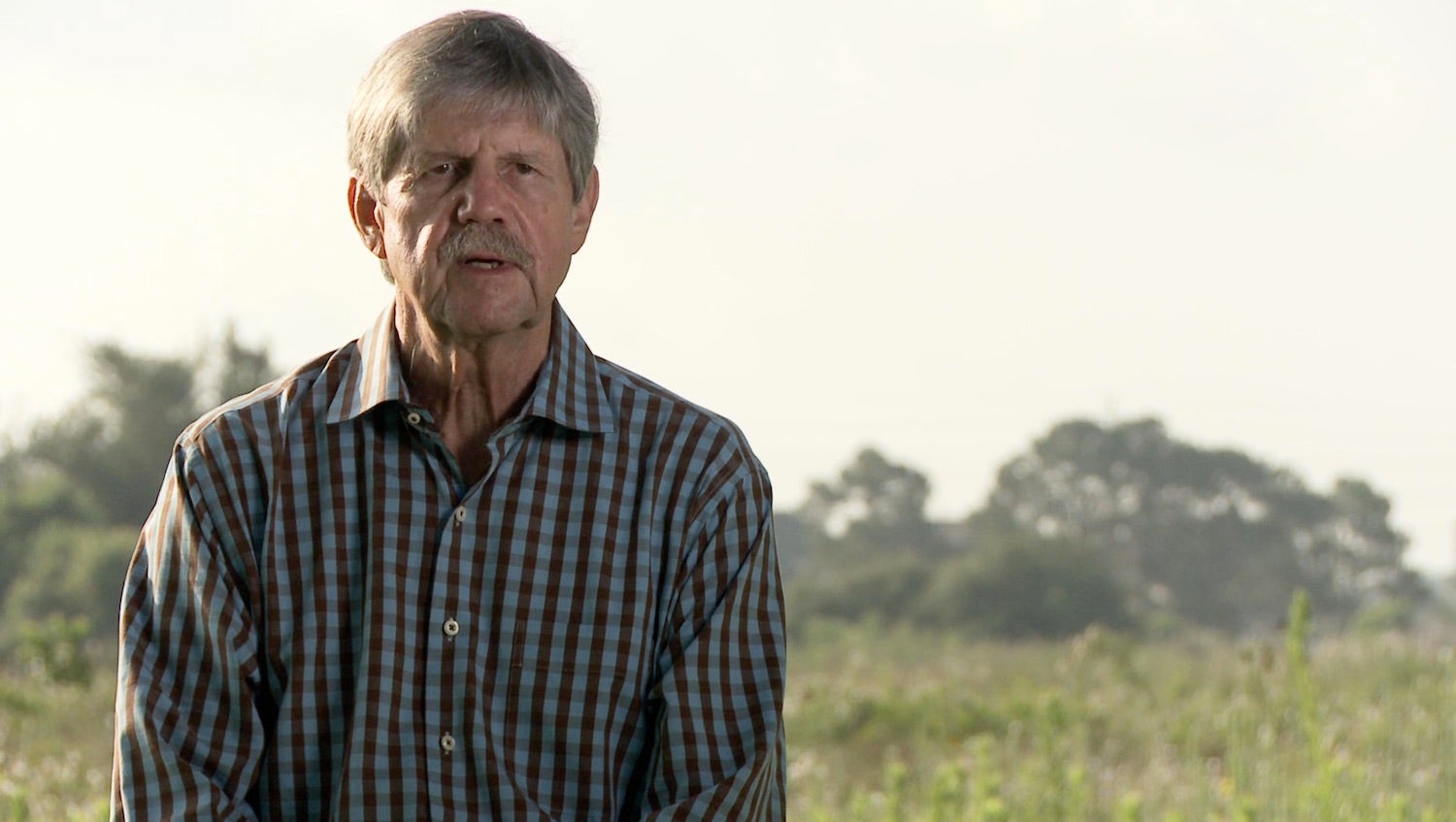 To ensure correct payment, all transactions for issuing credits will be based on verification from carbon testing the soil.

The principles represent the best effort to create a fair system which works for landowners and carbon buyers, Blackburn and team explain in their working paper. Though these components may attract participants, some question the overall efficacy of carbon programs.

Barbara Haya, who studies carbon offset programs at UC Berkley, told Wired, “the fundamental question we have to ask for voluntary offsets (is): How much is it taking the place of real long-term solutions?”

While this may apply to large polluters that plant trees in lieu of real change, Blackburn’s working paper notes that soil carbon storage strategies results in other ecological services too, including the improvement of pollinator habitats and biodiversity. With these benefits clearly articulated, the next step for Blackburn and team is to implement their proposal.

Organizing a large group of landowners to pay for testing is a likely way to accomplish this, he adds. After receiving results, they would approach the certifying entity and get the credit certified. Under their leadership, the group would then negotiate a deal with a carbon buyer.

Because management is up to the landowners, different techniques and capabilities will yield different results and carbon payouts. But BCarbon’s proponents consider dairy farmers to be in an advantageous position given their ability to utilize grazing, crop production and organic fertilizer to maximize their results.

Dairy farmers and the carbon cycle

Dairies can play a major role in reducing carbon dioxide in the atmosphere, according to Steven I. Apfelbaum, a senior scientist and ecologist with Applied Ecological Services, Inc. — even while utilizing different land management styles.

Organic fertilizer from cattle not only provides nutrients from plants, he says, but it can also enhance soil quality.

“Manure waste is part of regenerating forage and soils,” he told The Daily Churn. “We can compost manure waste, dry it and deliver it back to the soil in a way which makes it more useful than before.”

Applying a carbon credit, he adds, would support farmers investing in improved ways to handle, store and apply their manure.

Soil carbon makes up about 58% of organic matter, according to Apfelbaum. Farms that are successful at regrowing organic matter in the soil are also extremely productive in carbon sequestration — at both the surface and deeper levels.

“Below the surface is where the carbon is sequestered primarily through rich development, plant and microbial growth,” Apfelbaum says. “This contributes to more durable fractions of carbon which might live thousands of years in the soil.” 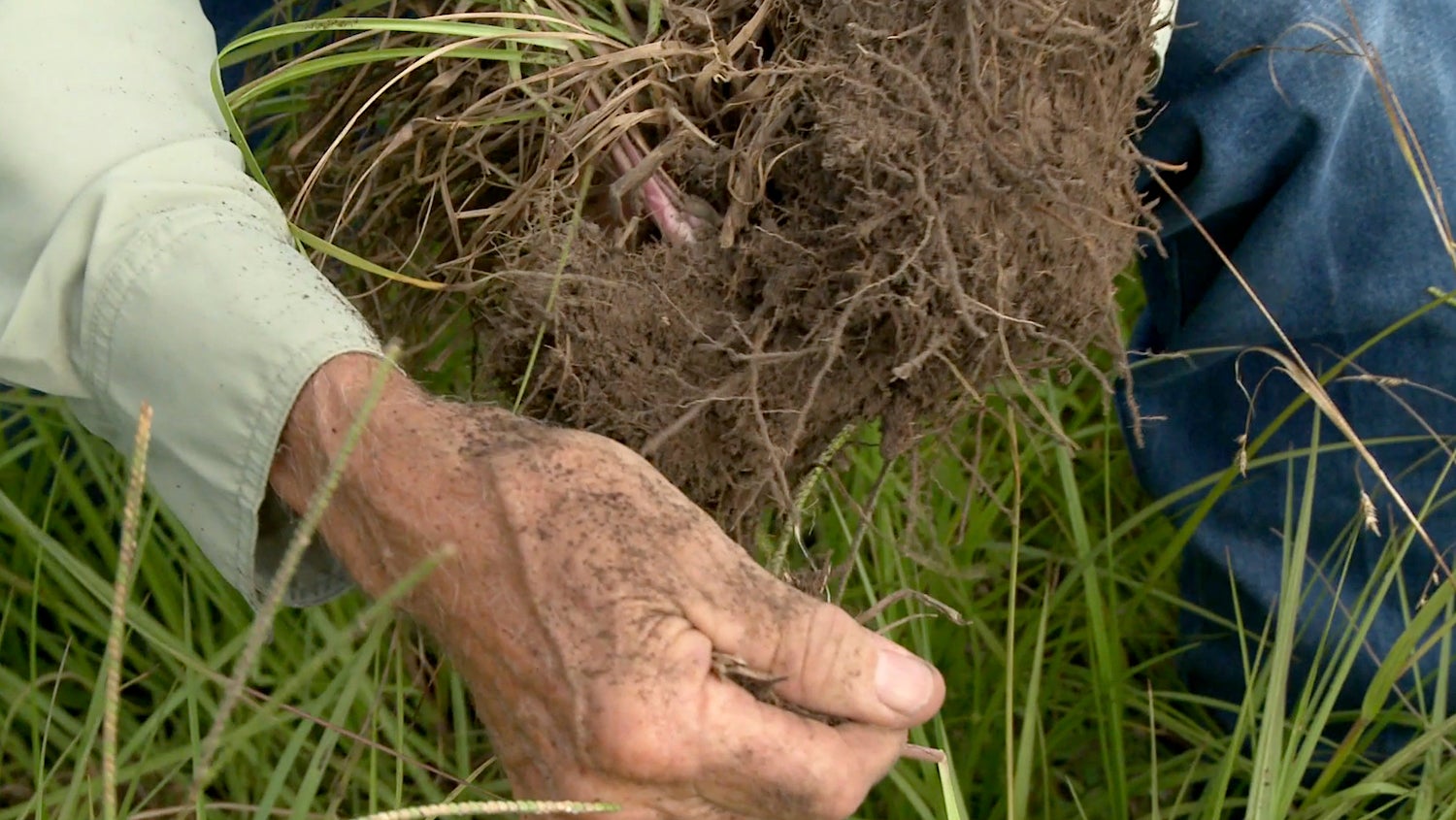 Loy Sneary, a landowner and supporter and stakeholder of the BCarbon proposal, shows the soil organic matter increase made on his property in just four years with the help of good grazing techniques. | Photo: Jeffrey Mills, Io Communications

Apfelbaum says BCarbon creates an opportunity for dairy farmers to reduce their carbon footprint in a measurable and standard way.

“With an independent verifier,” he says, “we can bring carbon credits to the marketplace for either dairy companies, consumers and other parties to purchase those credits.”

The next step for the Baker Institute Soil Carbon Working Group and project stakeholders is to secure financial resources. They are also in the process of creating a new non-profit certifying agency to issue the carbon credits for participants.

“I think the technology will innovate as the amount of money spent on carbon sequestration goes up,” Blackburn explains. “I think it’s going to go up dramatically, not only with our system but with all kinds of nature-based and carbon-friendly systems.”

Apfelbaum agrees, saying BCarbon has lots of potential alongside other sustainability protocols in the dairy business.

Other carbon programs, such as Verra or the American Carbon Registry, will likely continue to be used by dairy supply chain companies, according to Apfelbaum. Paired with BCarbon’s clear and understandable approach for individual farmers, he is convinced further greenhouse gas reductions are likely.

Using alternative methods to manage soil, manure and feed production for an environmental and financial benefit is a win for everyone, says Apfelbaum, including producers. Beef farmers and ranchers have told him that switching to multi-paddock grazing has resulted in healthier cattle, more time on their hands — and even a profit.

“I believe a slightly different but similar storyline could translate to the dairy farmers.”