The methane cows produce contributes significantly to the 11.1 gigatons of CO2 equivalent emissions the agriculture sector adds to the atmosphere annually , according to the Food and Agriculture Organization of the United Nations (FAO). That equals about 20 percent of the total human-made greenhouse gases released into the atmosphere each year.

Increasing emissions are blamed with rising global temperatures. If not curbed, warns  the National Aeronautics and Space Administration (NASA), they are expected to cause more extreme droughts, floods, storms and rising sea levels.

Reducing cow’s total emissions is a key strategy to limiting the agriculture sector’s contribution to greenhouse gas and the devastating effects of global warming, scientists at the CGIAR Research Program on Climate Change, Agriculture and Food Security (CCAFS) concluded in a 2016 study.

But a new global effort to feed cows seaweed holds the potential to not only reduce cattle’s methane emissions dramatically, says Kinley, but growing the seaweed that will be needed for the new feeding strategy can help clean up polluted ocean waters and create jobs. 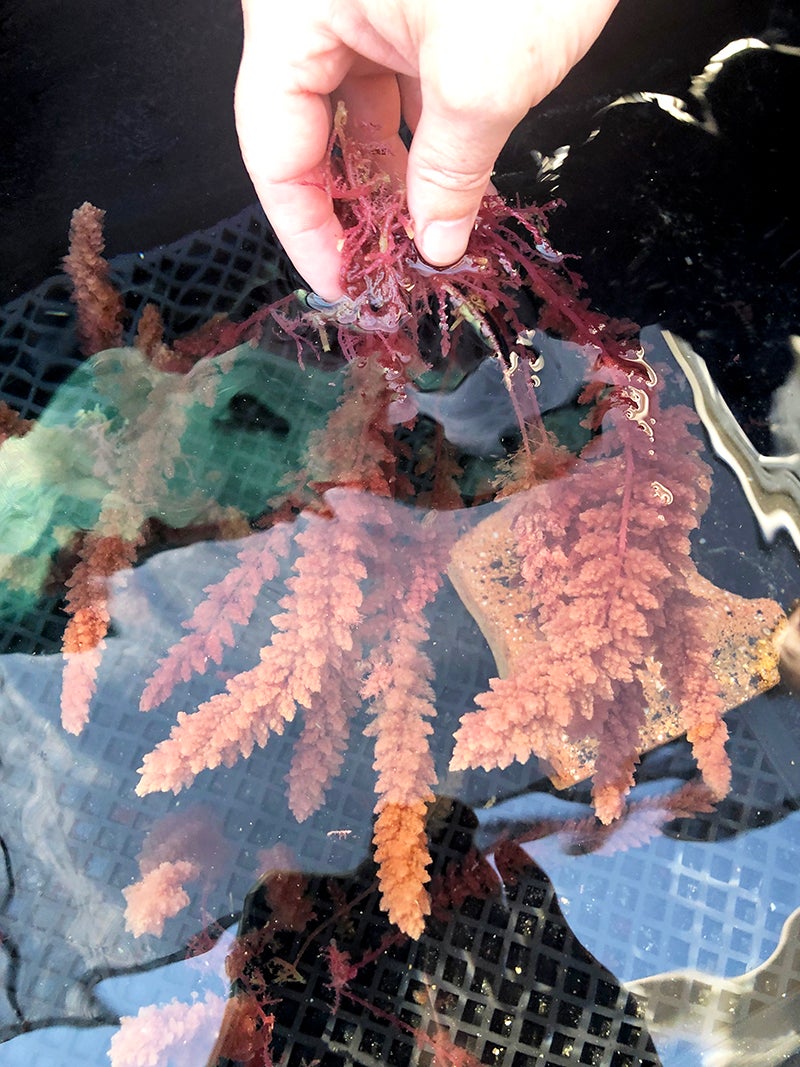 “The scope is almost unheard of,” Kinley says, speaking to the circular economic and environmental benefits of commercializing the production of a livestock feed additive made from red seaweed (Asparagopsis).

“We’re going to create new economies where older traditional ones have collapsed in fisheries and aquaculture,” he told The Daily Churn. “And at the same time, you can scrub the water and clean up runoff from other farm systems while producing a product that will drastically impact the contribution of agriculture to global emissions.”

CSIRO and project partners Meat & Livestock Australia and James Cook University spun off their research into seaweed for methane reduction into a newly formed company called FutureFeed (Pty) LTD. FutureFeed holds global rights to two patents for how to use Asparagopsis to reduce methane in ruminants — and now they’re working to build a global supply chain of seaweed-producing suppliers.

FutureFeed CEO Andrew Gatenby told The Daily Churn he anticipates first market availability for the Australian beef industry in 2021 and the U.S. in 2022.

Symbrosia — a startup based in Hawaii — is one of many new seaweed-growing companies working hard to fine-tune their growing practices and narrow down the benefits of feeding red seaweed using the Future Feed technology, says Alexia Akbay, a co-founder and Yale graduate.

Since they were featured in an October 2019 Daily Churn article, Akbay says the company has developed a strain of red seaweed that is performing at “270 percent over the baseline of productivity.”

The seaweed growing itself is proving highly productive, Akbays says. She estimates that growing seaweed is four times as productive as growing corn in the same space — without using either freshwater or fertilizer.

Productivity is a good thing since Gatenby estimates they will need about 35,000 tons of dried seaweed to serve 30 percent of the Australian market annually.

FutureFeed estimates one hectare of seaweed will produce about 20 tons of dry matter. The Asparagopsis species has been grown in small amounts for human consumption, according to Gatenby, but never at this potential.

“This is the biggest challenge for us,” says Gatenby, “this momentum to get the small-scale operations into large-scale commercial supply so we can get it through the supply chain.”

He adds that FutureFeed is collaborating with potential suppliers around the world that — like Symbrosia — are working on strain selection and growing techniques for a more effective, uniform product.

The good news, according to Gatenby, is that the Asparagopsis species can be grown worldwide in tropical to temperate ocean climates — even as far north as San Francisco.

And demand for  Asparagopsis and feed additive production would create up to 1200 new jobs and $140 million in annual revenue in South Australia and New Zealand, so says a  March 2020 news release detailing a project with the aboriginal Narungga Nation to begin cultivating and processing the seaweed.

Then, growing the seaweed itself helps to reduce ocean acidification and cleans up phosphate and other unwanted nutrients from the sea, Finley says. In areas where it is too cold to grow naturally, they are looking into growing it in land-based tanks using geothermal heat or even waste heat from energy production.

“We’d like to see the seaweed produced relatively close to where it’s going to be used,” Gatenby says, “certainly not shipped overseas if we can avoid it.” 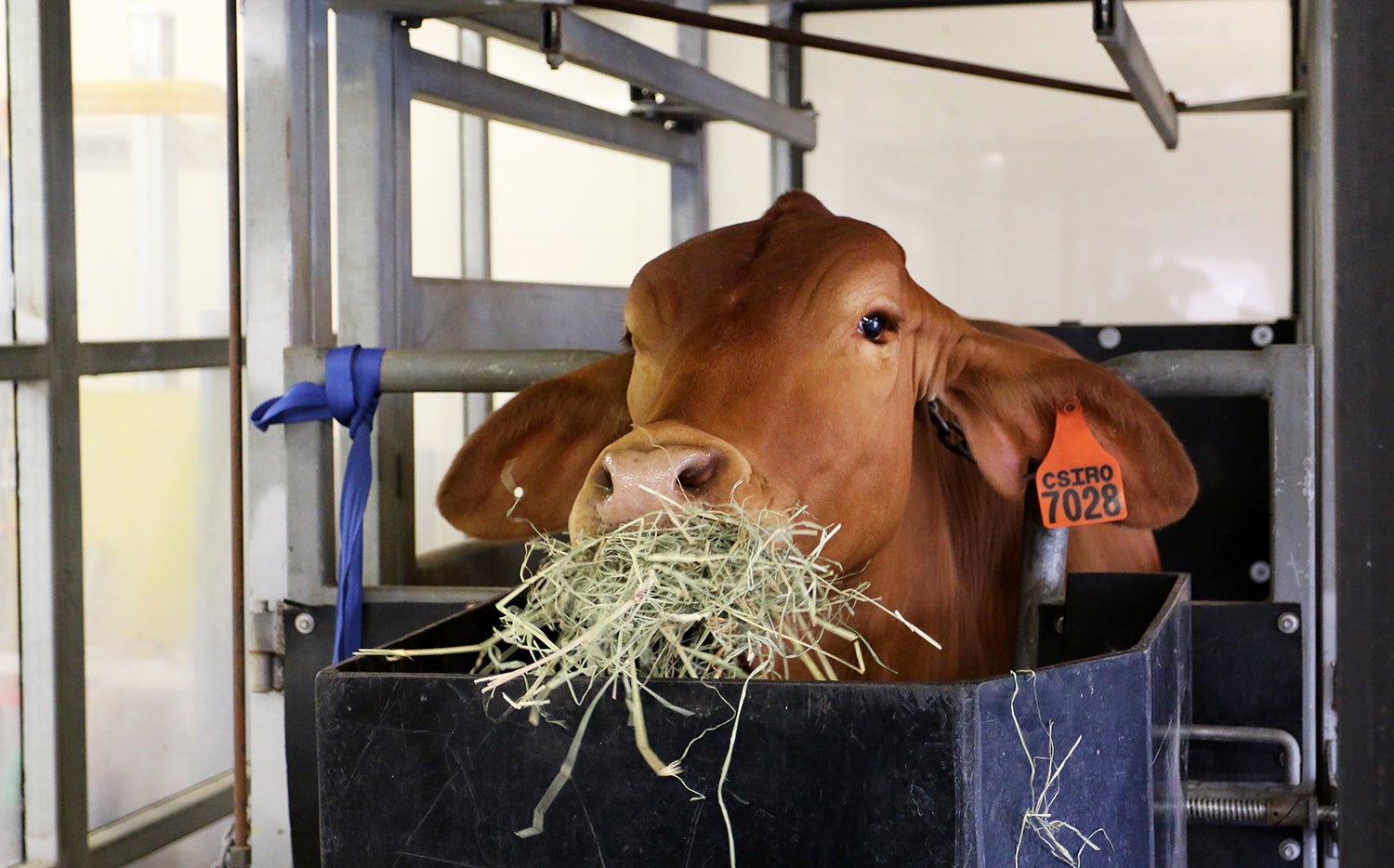 A  not-yet-published study out of UC Davis reported 80 percent methane reductions. Kinley says they have seen results as high as “98 percent reduction” in other trials, depending on seaweed quality.

A single cow can produce between 154 and 282 pounds of methane per year. Worldwide, all ruminant animals (like cows, sheep, goats, bison and deer) contribute to 37 percent of the methane emissions resulting from human activity, according to a July 2019 study by the University of Adelaide’s School of Animal and Veterinary Sciences.

Although it mostly disperses from the atmosphere in approximately 10 years, methane is a significant source of global warming, producing 28 more of an impact on global temperatures in the short term than CO2, according to a UC Davis Clarity for Leadership and Environmental Awareness Research (CLEAR) Center explainer.

All told, FutureFeed estimates that if they could feed all the world’s ruminants their seaweed formula, they could reduce agriculture’s contributions to methane emissions by as much as 60 to 70 percent.

It’s all part of a “basket of solutions” for reducing agriculture’s footprint, says Gatenby.

The company plans to make the additive available to feedlot beef producers, then dairy producers and eventually grass-fed cattle producers — “with the focus on regenerative grazing, carbon sequestration, soils and better management,” says Gatenby, all fired up.

“You package it up with some things like (seaweed feed additives) and all of sudden farming and agriculture could have a very big benefit and impact on climate change.”