A few weeks ago, a major coffee company announced their new sustainability commitment, which includes a pledge to “expand plant-based options, migrating toward a more environmentally friendly menu.”

This caused great upset in the dairy community, and understandably so. While the announcement does not directly suggest dairy and other animal products are environmentally unfriendly, the veiled suggestion has the potential to influence both public perception and supply chains.

It is absolutely appropriate for all companies to reduce their environmental impact. But contrary to the outdated narrative that dairy is fundamentally harmful, cows can help cool down our planet.

Advances in genetics and feed have contributed to a two-third reduction in dairy’s carbon footprint over the last few decades.

We need a paradigm shift

Prior to joining Darigold, a Seattle-based cooperative owned by about 430 dairy farmers in Idaho, Montana, Oregon and Washington, I worked as an environmental journalist.

I started my career as a low-paid blogger for “green” blogs like Green Prophet and Inhabitat. In the early days, I wrote several posts (for which I earned anywhere from $10 to $30 a piece) disparaging the dairy business.

Like many of my peers who had seen shocking activist videos of cruelty to cows and read alarming news stories about methane emissions, I never once challenged the idea that dairy farmers neglect their animals and other natural resources.

Not one time did I pick up the phone to interview a dairy farmer, much less visit one — a mistake I deeply regret.

Anyone writing for a large platform has a responsibility to represent all sides of a given subject. I sold out that responsibility for starvation wages. Instead of doing my due diligence, I accepted at face value and then regurgitated stories that “real journalists” wrote.

In so doing, I misinformed a huge global audience (Inhabitat alone has over a million Facebook followers). 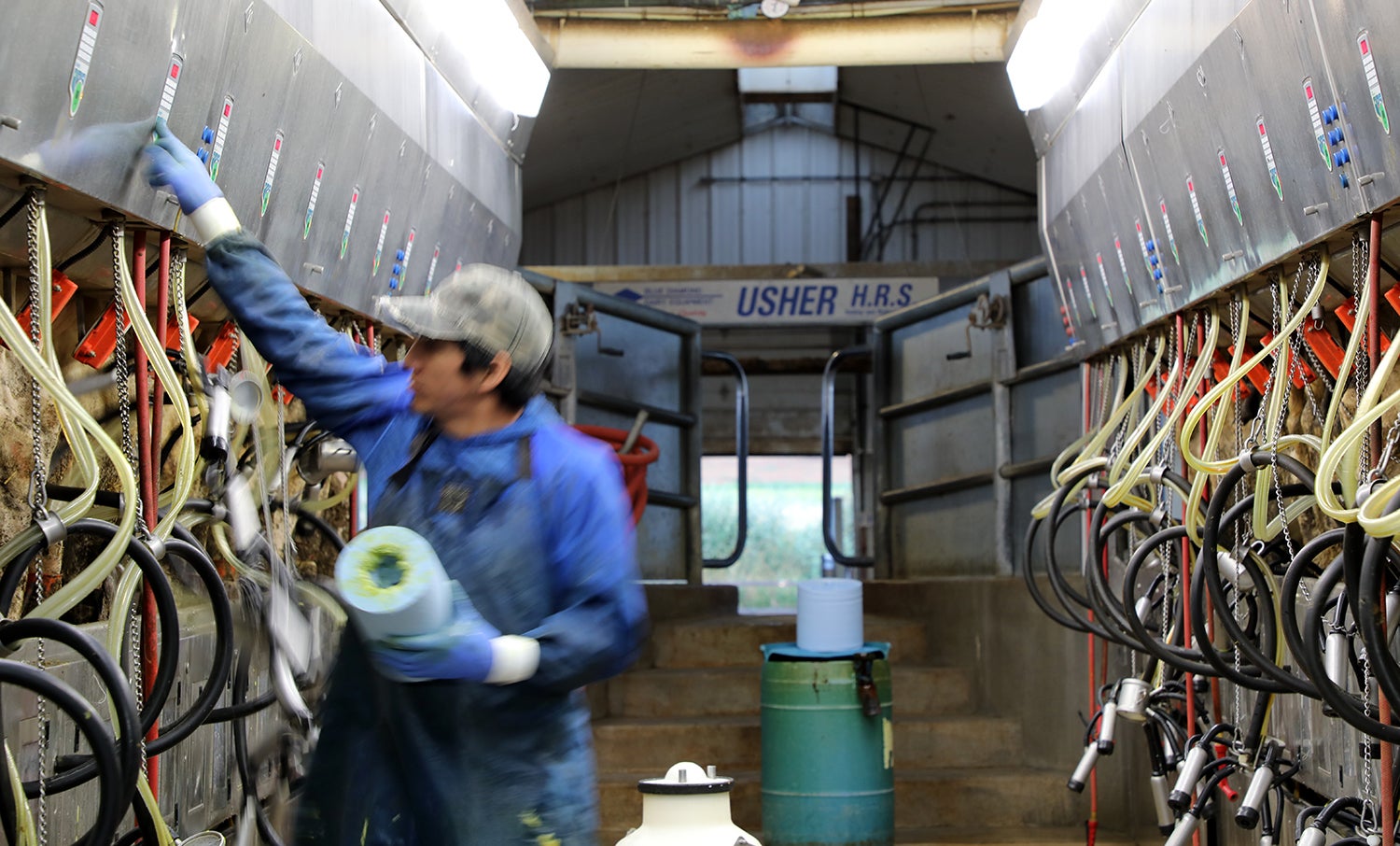 A man milks cows in a modern dairy parlor in Montana.

Despite numerous exceptions, shoddy journalism is pervasive, eroding both our trust in the news and our overall comprehension of any given subject. For example, in a recent story, a Guardian writer labeled dairy a “disaster,” offering no evidence to support the claim.

Not only is the inflammatory language unhelpful, but roughly 6 billion people worldwide probably disagree with the assessment. According to the Food and Agriculture Organization (FAO) of the United Nations, 80 percent of the world population relies on various dairy products for sustenance.

Those who have never known poverty may not relate, but in most countries (including the U.S.), dairy can offer a lifeline. It’s affordable. It’s nutrient-dense. And it’s generally fairly accessible.

“Producing less meat and milk will only mean more hunger in poor countries.” 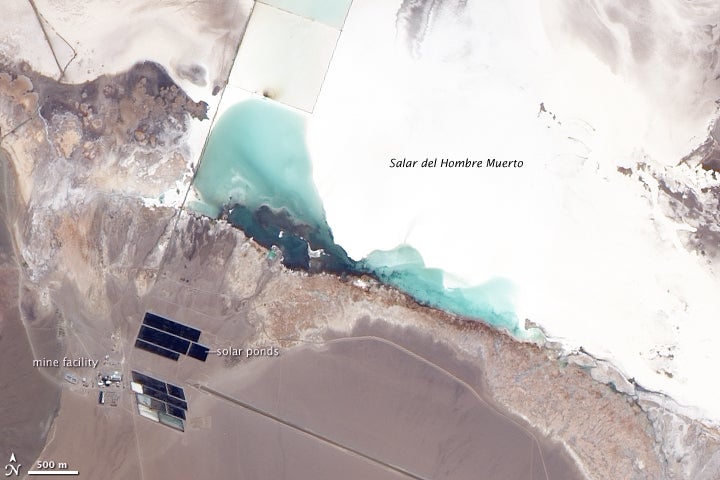 Satellite image of the Salar del Hombre Muerto in Argentina, salt flats that are rich in lithium. The lithium-rich brine is concentrated by pumping it into solar evaporation ponds (Wikipedia).

Everything has an impact

It is true that dairy farming has its challenges, but so does everything else we do on this planet.

We all enjoy watching YouTube videos, but it takes considerable energy to cool data centers that enable access to vast quantities of data. Every single time we search for something on Google or other search engines, we’re emitting CO2.

Travel opens our minds, but the United Nations’ International Civil Aviation Organization (ICAO) estimates aviation alone will account for a quarter of all emissions by 2050 (despite efficiency gains over the past 40 years of up to 80%).

In 2017, transportation accounted for about 29% of U.S. emissions — at least 82% of which comes from road travel, according to the Environmental Protection Agency (EPA). Yet mining lithium for electric batteries (plus phones and laptops) — seen as one solution aside from public transportation — has opened up a whole new Pandora’s box. In Chile’s Atacama desert, for example, mining for lithium has depleted drinking water supplies for locals, according to Bloomberg.

Similarly, the EPA found that all agriculture, forestry and land use (including deforestation in countries like Brazil, Indonesia and Russia) contributed 24% of 2010 global greenhouse gas emissions. But without agriculture, a lot of people would starve.

Regardless of what we do, we have an impact. Every single industry contributes to environmental degradation in one way or another. Instead of pointing fingers and scapegoating one another, why not focus on solutions that will move us forward? 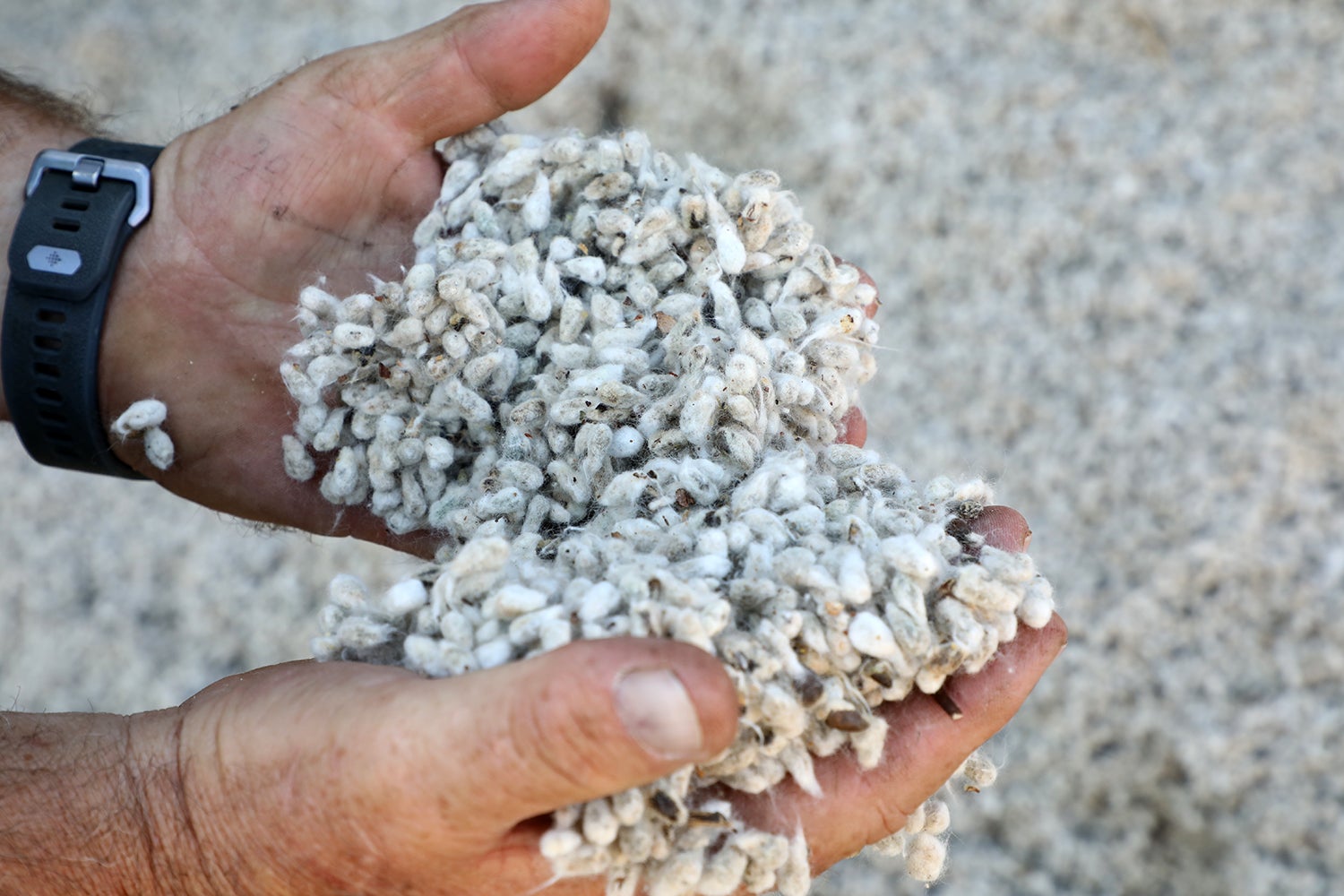 With their multi-chambered stomachs, cows can digest fibers and grasses that we can’t — including cotton.

A few dairy facts you may not know

It would be disingenuous to ignore the environmental impact of livestock — especially outside of the U.S. and Western Europe. For example, as Mitloehner notes in an interview with Alltech, it takes up to 20 cows in India to produce as much as a cow in the U.S. — and they have three times more of them than we do.

But the U.S. dairy cow is one of the world’s most efficient, Henning Steinfeld, a leading UN livestock expert told The Daily Churn. Today, 9 million dairy cows in this country produce 60% more milk than 25 million cows did in the 1950s. Mitloehner testified last year to the Senate Committee on Agriculture, Nutrition and Forestry that this equates to a two-third reduction in carbon emissions.

Put differently, data from the Journal of Animal Science shows that dairy farmers reduced their greenhouse gas emissions by 19.2% per gallon — and that was just in the 10 years between 2007 and 2017. These gains, reached in part with advances in feed and genetics, are rarely discussed in the mainstream press.

Not only that, but most people are still making the false comparison between the carbon derived from fossil fuels and that of livestock.

Chipping away at carbon

While cars and planes that burn fossil fuels add new carbon to the atmosphere, cows eat plants that grow from existing carbon stocks. Whatever methane they emit comprises part of the biogenic carbon cycle.

The following graphic by Diana Rodgers of Sustainable Dish illustrates how fossil fuel emissions differ from those of livestock.

Methane is about 28 times more effective than CO2 at trapping heat on Earth, but it doesn’t hang around as long CO2 (which can last for up to a century after emitted).

“In about a decade’s time, it’s converted to water vapor and carbon dioxide,” Mitloehner writes on his UC Davis blog, “which is part of the cycle whereby plants take CO2 out of the atmosphere and convert it into feed via photosynthesis.”

So, what does this mean? As long as herd sizes stay relatively stable, today’s livestock are not adding carbon to the atmosphere.

But they can contribute to a drastic reduction. If we help farmers invest in seaweed and other strategies that limit enteric emissions, then we can quickly reduce the overall concentration of methane in the atmosphere.

University of Rochester researcher Benjamin Hmiel recently told the Independent that “Methane is important to study because if we make changes to our current methane emissions, it’s going to reflect more quickly.”

In addition to short-term solutions, cows can contribute to the longer term challenge of reducing overall carbon concentrations in the atmosphere.

Dr. Nichole Embertson from the Whatcom Conservation District here in Washington state says she jokes with dairy farmers that one of their most valuable resources on the farm is manure. While most people think of manure as a nuisance, it is a natural, organic fertilizer that boosts the soil’s ability to fix carbon.

With the right incentives, we can help farmers pull even more carbon from the atmosphere by investing in value added solutions like this cow poop packaging or digesters that convert manure into renewable natural gas (RNG).

In central Washington, as an example, two separate dairies are using worms to treat their wastewater. Within just four hours, the worms can gobble up around 99% of dairy waste, producing nutrient-rich worm castings as a byproduct. This in turn can be used to boost soil health.

The regenerative agriculture movement is gaining a lot of traction, but frankly, most dairy farmers are struggling to get by, restricting their ability to invest in new technologies and processes. I’m proud to say that in Washington, where dairy contributes about $1.2 billion to the state economy, the government generally understands the benefit dairy farmers offer.

Greater public awareness and support combined with investments in on-farm innovations would make the sector even more effective at chipping away at climate challenges. But this will require a shift in how we think about dairies and a willingness to reach across the aisle.

Great work! There is so much info on this out there now, all folks have to do is look; but open-mindedness is the primary challenge. One of my favorite books on the subject is “Cows Save the Planet” by journalist Judith Schwartz.

Thank you Russ! It’s going to take time to reverse years of misinformation, but we will get there.

Thank you for a very good and balanced article. We need more critical and knowledge based journalism. The public debate are in desperate need for true facts, and your contribution to this is excellent!

This is one of the better articles lately. Kudos on catching seaweed, and worms sound promising too. Keep up the good work. But what about cow longevity of just 4 years, compared to nearer 10, decades ago? It’s a prime worry of animal welfarists.

Thank you, Case. Appreciate your feedback!

Thank you for your kudos, Bruce. Much appreciated. Cows are typically bred at around 15 months for the first time. Some cows will go through five lactation cycles, but others will go through 10 — it really depends on the cow. Dairy farmers want their cows to live the longest and best life possible, and most employ both nutritionists and veterinarians to keep constant tabs on their herd’s well-being. I know it’s hard for people outside of agriculture to understand, but farmers are businesspeople. They need their cows to produce a certain amount of milk in order to sustain their… Read more »

Case you have an amazing Dairy. Your grasp of the industry and common sense approach is truely an inspiration to everyone. Keep up the great work.

Thank goodness a little positive light in our downtrodden business. Thank you this is a good artical.

How cool! I grew up with Darigod, but know only a small fraction of its products. I had no idea Darigold was more than 100 years old! I’d expect a company based in this region to be conscientious about both product quality and environmental issues. I’m glad to find out I was right in this regard. Another thing I didn’t know was that Darigold is a cooperative. That’s great. There’s so much to learn on this site. I envy the blogger. I’m proud to live in the Northwest and that we have so many fine companies.

Back to Blog
Top
10
0
Would love your thoughts, please comment.x
()
x
| Reply