While dairy cattle contribute just 1.3% of total GHG emissions in the U.S., there is a sense of urgency around reducing emissions, especially in California where new legislation requires dairy farmers to cut methane emissions by 40 percent before 2030.

“There is a lot of discussion about cattle being one of the major contributors to greenhouse gas emissions,” explains Ermias Kebreab PhD, deputy director of the Agricultural Sustainability Institute and associate dean in the college of agriculture and environmental sciences at UC Davis.

“As we think about how we can combat climate change, the focus in on areas where there are large contributions [to emissions].”

Dairy farmers in the Golden State are doing their part to reduce emissions by embracing some of the following creative strategies.

The air-tight tanks heat up manure, mimicking conditions in the rumen; the bacteria in the manure releases methane gas, which can be burned and turned into energy. Automaker BMW partnered with Straus Family Creamery to use energy from manure digesters to power electric vehicle charging stations.

“Digesters are the new Gold Rush in California because the credits you can earn [for converting manure into energy] are so substantial,” says Frank Mitloenhner PhD, air quality extension expert and professor of animal science at UC Davis.

The California Department of Food and Agriculture Dairy Digester Research and Development program provides funding to assist with the costs of installing manure digesters.

In 2018, CDFA awarded almost $70 million in grants to support 40 dairy digester projects statewide. The state has an additional 123 digester projects in the works and is expected to reduce their greenhouse gas emissions by almost 2 million metric tons.

Studies have looked at whether feed additives such as garlic oil, turmeric, oregano, green tea extract and a methane inhibitor called 3-Nitrooxypropanol could cause cows to burp less. The latest data, on seaweed, shows promise.

In artificial rumens, research shows that a red macroalgae (Asparagopsis taxiformis) was linked to a 95 percent decrease in methane production; adding a different kind of seaweed, Asparagopsis armata to the diets of lactating dairy cattle cut methane emissions in half.

“Feed additives to reduce enteric methane have shown significant promise,” says Mitloenhner. “But we are still in the experimental phase and we still need to ensure that the additives have no negative impacts on productivity.”

Digesters are just one option for addressing methane emissions from manure. Composting and dry scraping, a process that involves storing manure in a pit where a wall separates liquids and solids; exposing the solids to oxygen reduces methane emissions.

The California Climate and Agriculture Network (CalCAN) launched an alternative manure management program that provides up to $750,000 in funding to help farmers adopt non-digester strategies to reduce methane emissions.

“Digesters…are suitable only for the largest dairies of at least 2,000 head, making them unaffordable and impractical for most of California’s dairies,” Brillinger says. “[Digesters] have none of the other benefits associated with alternatives such as solid separation and dry scraping that produce compost and conserve water.”

To date, 108 projects have received funding and CalCAN estimates that these strategies could lead to reductions of one million metric tons of carbon dioxide over the next five years. 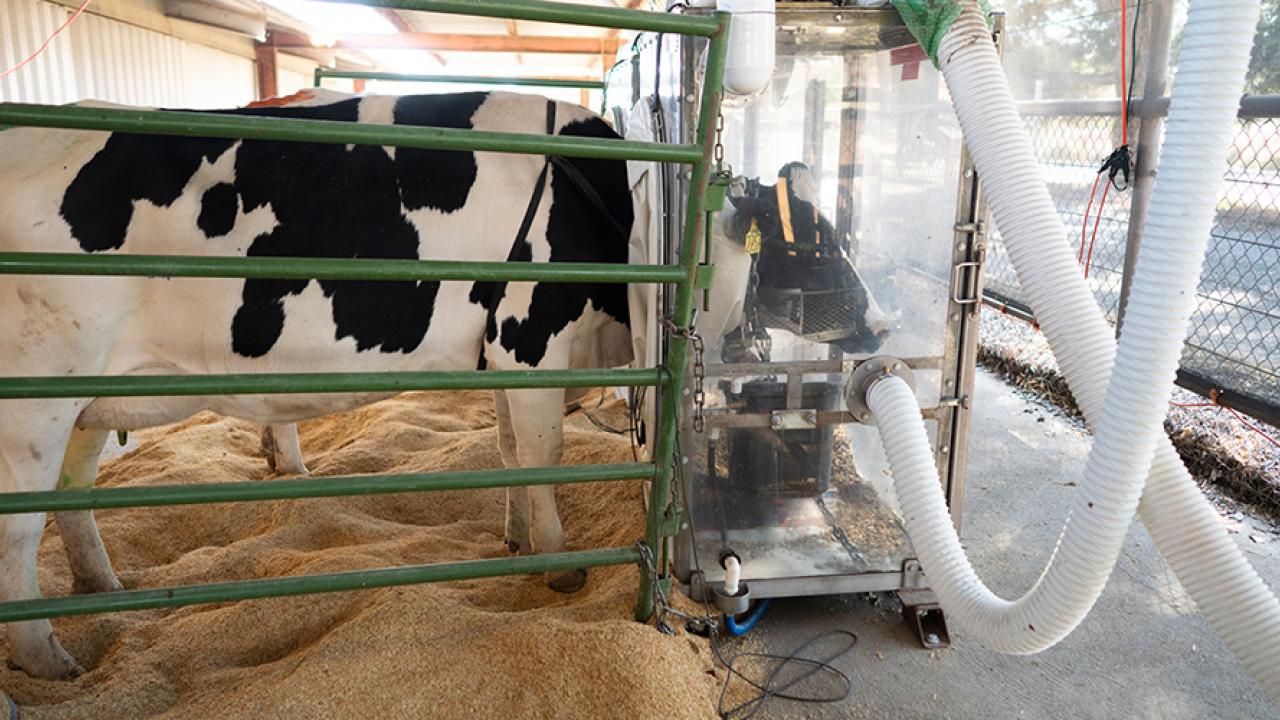 Researchers at the New Zealand Agricultural Greenhouse Gas Research Center are experimenting with a new vaccine that could lead to reduce methane production during digestion.

In a press release, the researchers explained the vaccine diverts hydrogen from methanogens, compounds that convert the molecules into methane, to other microbes that do not make methane, adding, “This new work provides an alternative strategy where we can now begin to target the supply of hydrogen to methanogens as a new way of reducing animal methane emissions.”

The prototype vaccine, which aims to reduce methane emissions from cattle and sheep by 20 percent, is still in trials but previous research has shown the approach is feasible. The vaccine would need to undergo stringent approvals before it can be introduced in the U.S., though the research appears promising.

Mitloenhner recognizes that mandating methane emissions is another regulation that makes it harder for dairy farmers to operate. He hopes that while researchers continue to explore the possibilities for reducing cow belches, legislators will begin exploring ways to incentivize farmers to capture the greenhouse gas.

“Addressing the methane issue takes away from what farmers want to do, which is milk cows,” he says. “For farmers to use these technologies, there must be some kind of incentive, some demonstration that the state is willing to partner, not work as an adversary.”

are thee any other methods to reduce GHG

I’m sure there are. – Tafline Laylin, editor